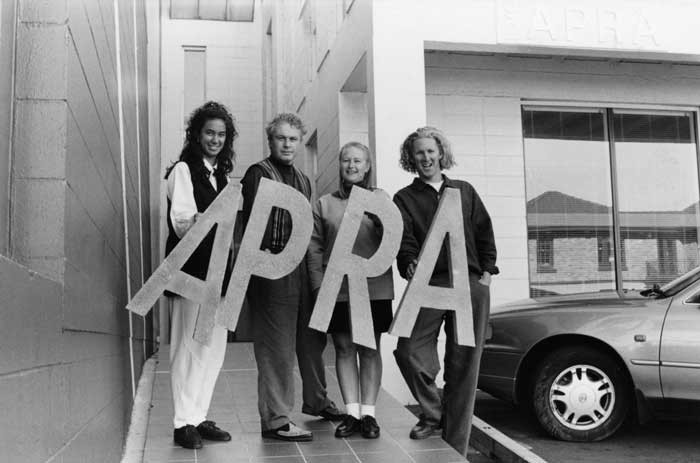 The big, inventive annual production that we now know as the Silver Scroll Awards was not always thus. It was born loud, live and jostling for space at the bar in 1993. And things would never be the same again.

APRA, the Australasian Performing Right Association, was going through changes on both sides of the Tasman in the early 90s. The New Zealand office had transferred from Wellington – the home of APRA’s local champion, Douglas Lilburn – to Auckland, the country’s capital of popular music. In 1990, Brett Cottle became chief executive of APRA’s head office in Sydney – a post he holds to this day.

Not long after he took the job, Cottle met Mike Chunn at the 1990 Silver Scroll awards, a modest event where Guy Wishart's resonant, if traditional, ‘Don't Take Me for Granted’ was named the top song. The two men saw each other again at an industry seminar in Auckland the following year. They clicked and Chunn, then working for Sony Music Publishing, was offered the role as APRA’s director of New Zealand operations. In 1992, he took the job – and nothing would ever be the same again. 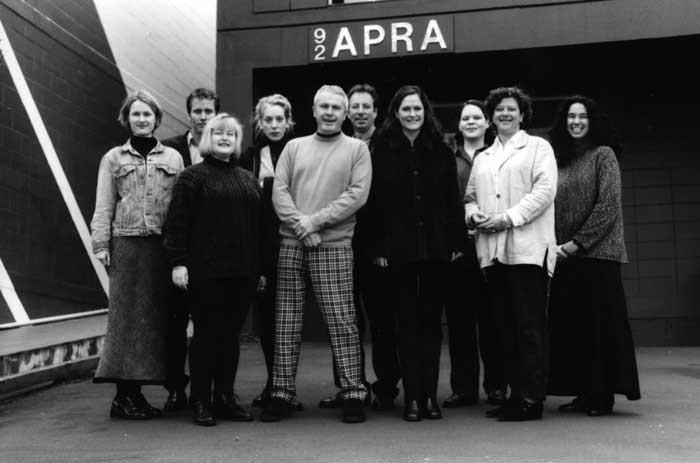 The arrival of Chunn, a respected musician in his own right [and former member of Split Enz and Citizen Band], signalled a new era of openness and visibility for APRA. Chunn himself beat the streets to explain to small business owners why it mattered that they paid their performance right fees. But the big change was to the awards themselves. Did Chunn come in with an awards revamp on his agenda?

Chunn had been to four or five Silver Scroll awards, “mainly in the early 80s, and it was more of a social occasion, a soiree. The only reference to the top five songs was to have them playing quietly on a stereo in the background.

“I think we’d all known that big awards shows overseas had live music. So when I got the job, I thought ‘let’s have some live music’. So [in 1993] we booked the Powerstation to give it a rock ‘n’ roll feel. Brett Cottle won’t mind me saying that I didn't tell anybody, I just did it. But he was there. And he was very happy with it.”

Chunn’s awards were very definitely not the restaurant affairs of yore. A bigger crowd than ever before – one that, significantly, included many musicians – was squeezed around tables on the Powerstation dancefloor. Because the venue had no kitchen of its own, the food had to be cooked outside. A fire alarm sent everyone out into the street. And the drinks flowed like a river. If memories of the event are a little hazy, that’s because most of those present were more than a little tipsy.

“There was a lot of drunkenness,” Chunn confirms. “And that still maintains to this day.”

“I don't know why I thought ‘let’s get interpretations done’, but I didn’t want to have those who’d written the songs up there performing,” Chunn explains. “The one I went to the year before, when I was poised to become the boss, was held at Hammerheads restaurant. You didn't really know most of the songs and they lined them up a bit like a beauty pageant. It kind of looked weird, these five guys standing up on stage looking like they were about to be shot.

“It’s all about the song, so rather than getting someone to imitate the original track, you can have different interpretations of the song.”

Chunn was the musical director himself that first year. He recalls Nathan Haines and the Jazz Committee performing the Headless Chickens’ ‘Choppers’, “which completely divided the room because it seemed to have nil references to the Headless Chickens song – it was just a beautiful, crazy contemporary jazz rave.”

Jan Hellriegel’s ‘The Way I Feel’ was performed by Bush Beat from South Auckland.

“They were very funky with it and it sounded bloody good. And I remember turning around and the look on her face was ‘holy shit – that’s better then me!’. It's an enlightening thing to listen to good musical interpretations”

The following year, former Split Enz keyboardist Eddie Rayner was drafted in as the awards’ first outside musical director. But something else happened. The Silver Scrolls gradually became a kind of rallying point for a cultural campaign around New Zealand music.

“That was the influence of Arthur Baysting on me,” says Chunn. “He was brilliant at seeing the gaps in the backline then scoring.”

Baysting was the New Zealand writer representative on the APRA board and after he saw Australian airplay statistics at the Sydney head office, he realised that another significant change – the move to computerised logging of radio play – could be harnessed to make a case. In 1994, the first year the numbers were done, the rate of local songs was pitiful: 1.9 percent. 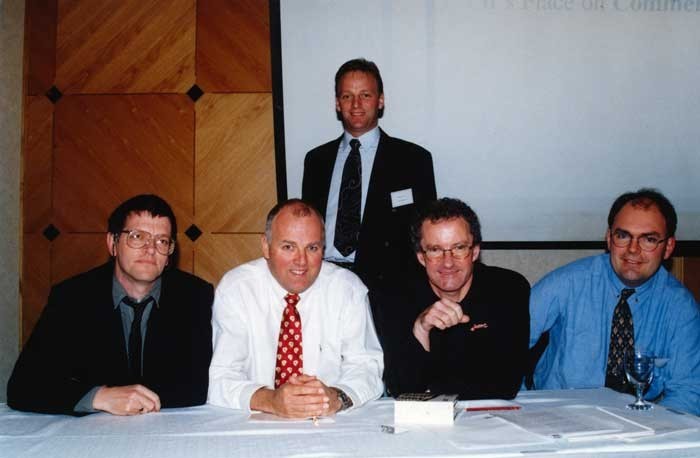 Some radio owners – notably Josh Easby and Steven Joyce – came on board with the Kiwi Music Action Group. But the pivotal moment politically may have been the 1998 Silver Scroll awards.

“I got my tits in a tangle in 1998 when Brian Edwards on his Saturday morning radio show had a guest from the radio industry who said ‘bring on these quotas, because then everyone will have to play low-quality music’. So I just quoted that from the stage at the Silver Scrolls and it seemed to have a nice … gelling effect on everybody.”

Judith Tizard and other Labour MPs in were in the room and Chunn believes Labour’s white paper on the creative industries gained momentum that night.

“It was a serendipitous time, because there were issues they could embrace. I remember the good Dr Cullen taking myself, Malcolm Black and Paul Rose aside and saying ‘what do you guys need?’. That was a good day, that one.”

The wild Nathan Haines performance on that first night at the Powerstation remains one of Chunn’s favourite awards moments. He also enjoys the newer tradition of tributes to artists like the late Mahinārangi Tocker. 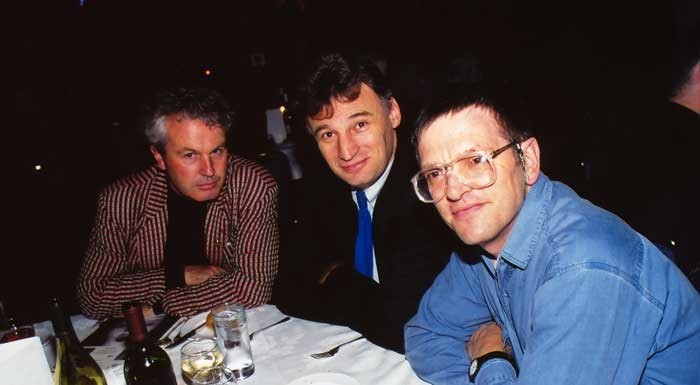 “The first one we did was for Mike Farrell, and that just seemed to have so much relevance for everyone in the room. Because 60 or 70 per cent of the people there are songwriters.”

The event’s new profile encouraged a wider range of songwriters to try their luck. In the 1980s, such prominent writers as Dave Dobbyn and Jordan Luck were APRA members, but didn’t enter.

“There weren't a lot of entries back then,” says Chunn. “Well, there were, but they had this weird thing where you could enter any number of songs you liked. In the archives you’ll see albums with every track ticked as a Silver Scroll entry.”

Until the late 1980s, publishing was poorly understood even among successful artists, and, Chunn notes, big publishers weren’t seeking local writers: “What they were after in the main was signing people to record their repertoire that came in from overseas. So songs like ‘I Feel Good’ by Larry’s Rebels, that came from a publisher here and was handed over to Larry.” 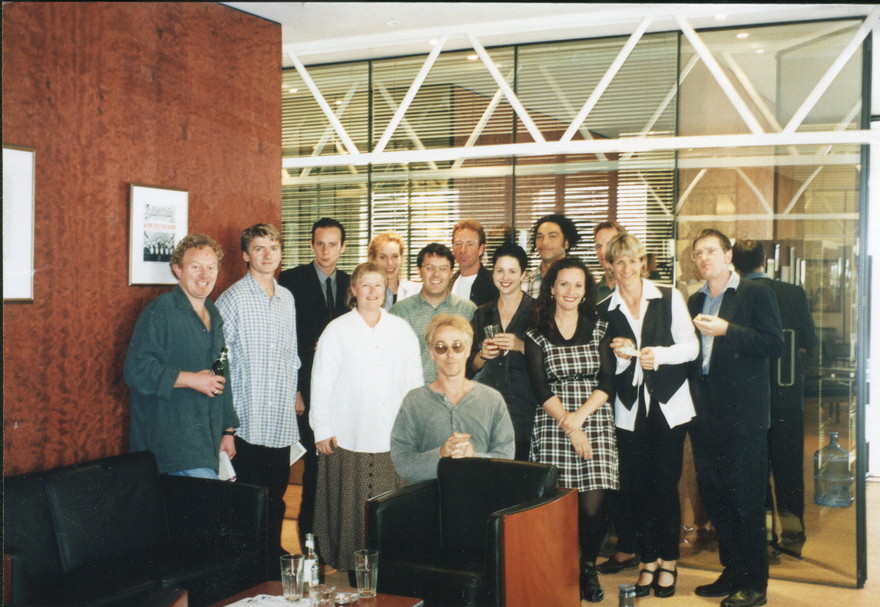 The way winners were found also changed in the Chunn era.

“The way they used to judge it was that the judges gathered on a certain day and played out the songs. But I guess as someone who’s always been playing with, working for or representing songwriters, you know that songs need a few spins. So I introduced a system of five anonymously-chosen judges for the Silver Scrolls who would have had the songs for three weeks and got to know them.”

The awards themselves also grew to reflect APRA’s work and members’ interests. In 1994, the “Most Played Work” categories, reflecting radio play in New Zealand and internationally, were added – with both categories going to Neil and Tim Finn for ‘Weather With You’. (Neil’s ‘Don’t Dream It’s Over’ subsequently won the international category 13 times – without once being the most-played song on New Zealand radio.) The Sounz Contemporary Award, reflecting APRA’s continuing links with “art music”, came in 1998, and the Maioha award for Māori compositions in 2003. Categories for feature film and television music were added in 2014.

Since 2007, APRA and Recorded Music New Zealand have also annually inducted one artist each to the New Zealand Music Hall of Fame at their respective awards. (In recent years, their cooperation on musical legacy has extended to day-to-day operations, via the One Music fee, which combines their respective rights levies on businesses that use music.) The Hall of Fame is not (yet) a physical place, but it offers yet another set piece to look forward to each year.

For those of us who attend, the Silver Scrolls have developed into a celebration of the culture itself. The revival feel of the 1990s has given way to a more relaxed atmosphere, as if the argument (if not the battle) has been won. If the staging has become more sophisticated, the key to it remains that APRA members (those who remember to swiftly RSVP) attend en masse. It’s a rare musician who doesn’t enjoy a free meal and drinks and a yarn.

One down-home feature, the “second stage” where various musicians could get up and take turns to knock out a couple of songs after the official programme ended, has come and gone, but it remains a soulful evening, one about music and its creators – and one which has transcended many of the old divisions in the musical community. Artists who in the 1980s might never have been in the same room now share a table. The top award, now voted on by all members, is as likely to be won by a rapper as a singer-songwriter. 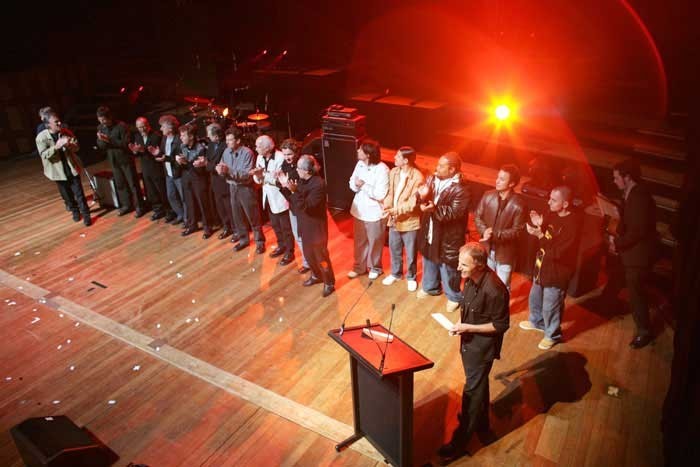 Unsurprisingly, the awards have also played their part in encouraging composers to join APRA. On that wild night at the Powerstation, APRA had 4,000 New Zealand members. In the awards’ 50th year, it has 8,000 members, all of them eligible to vote on a longlist of contenders.

“Now I would say on a global level the Silver Scroll award is a songwriter’s dream event,” concludes Chunn, the man who changed everything. “That’s because they’re not crowded out by the industry.”