Number one without a bullet

Number one without a bullet

This story was first published in the NZ Listener in March 2001. It looks at the changes made in the way New Zealand charts were collated at the time, moving from a purely sales-based chart — albeit one that was widely regarded as less than clean — to a more populist chart with a large element of mainstream airplay added to the numbers. It was very controversial at the time.

Just before Christmas, Judy Bailey brought us the news, and it was good. The young New Zealand band Fur Patrol was “outselling the best in the business,” she announced. The band’s song ‘Lydia’ had reached No.1 on the New Zealand singles charts.

But if a TV crew had visited a record store just a couple of weeks earlier, the good news would have been a little confusing. ‘Lydia’ was then at No.16 on the charts — but in the racks of the stores, it was nowhere to be seen.

Had they sold out? No chance. Because at that stage, ‘Lydia’ didn’t exist as a single. How bizarre.

The song was being thrashed on radio stations, and it was this airplay success that led the record company, Warner Brothers, to rush-release ‘Lydia’ as an actual, hold-in-your-hand CD single. 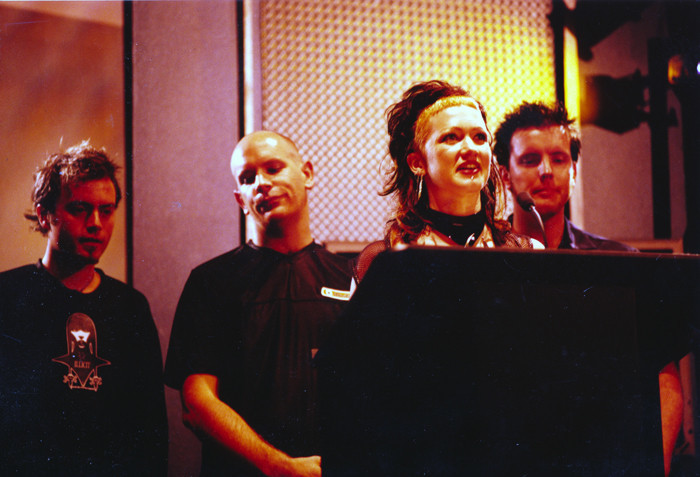 How can it happen that a song that doesn’t exist as a single gets onto the singles charts? For years, there have been rumours about the accuracy and honesty of New Zealand charts — but the case of ‘Lydia’ highlighted for all to see the fact that they are not as they seem.

In fact, the New Zealand Top 50 singles chart — compiled and administered by the Recording Industry Association of New Zealand (RIANZ) — isn’t strictly a “sales” chart, and hasn’t been since September 1999. It’s now a chart of the most popular songs in the country, based on a combination of actual sales and radio play [the number of “adds” 'by stations, weighted according to markets].

Though RIANZ won’t confirm the actual breakdown, other music industry insiders say the charts are now based 25 percent on retailers’ sales ﬁgures and 75 percent on radio airplay. The radio station ﬁgures are compiled by Spot On Publications from their Radioscope charts of radio play; Spot On also publishes the radio industry magazine Median Strip and detailed chart/playlist breakdowns are on their website. [2016 update: the New Zealand charts can now be read at the Recorded Music NZ website.]

For decades the sale of singles has been diminishing, so the record companies have been releasing fewer of them. Even at Sounds, a retail chain that still aggressively sells singles, they only make up ﬁve percent of their sales. But Sounds managing director Shaun Joyce considers singles the “most essential component of the record shop. They are how we all started buying music, it’s how kids do it. By taking away the opportunity of a low entry point, you're turning off the kids, who haven’t got $30 so they turn around and buy something else.”

For decades, the music industry aphorism about singles has been that they are bought by “kids and Māoris”. It’s un-PC but fairly accurate: the buyers are mostly young Māori and Polynesians seeking the latest R&B or hip-hop songs, plus a few aberrant collectors. Simon Grigg, an independent music entrepreneur who released two historic local No.1 hits (The Screaming MeeMees’ ‘See Me Go’ in 1981 and OMC’s ‘How Bizarre’ in 1995) concurs.

“They used to say the singles chart was made in Manukau city centre on a Thursday night,” says Grigg. “All the kids would go in there, and the retailers would make up their chart returns. It was easy for one retailer to inﬂuence the chart.

“It doesn’t happen like that anymore. Before, you used to have two or three retail chains deciding the chart — now it’s two or three radio programmers. It makes it easy for the record companies: they’ve got rid of that Polynesian stuff, that R&B stuff that trucked out of the stores but didn’t sell albums. Now, with an airplay chart, U2’s ‘Beautiful Day’ can make the Top 20.”

Michael Glading, managing director of Sony Music NZ, agrees with many of these points. As president of RIANZ, he’s the industry heavyweight who pushed for the change to an airplay dominated Singles chart.

“It made total sense. To the masses, the singles chart became meaningless. R&B acts dominated the chart, but they didn’t reflect the most popular songs of the nation. The chart didn’t have a lot of meaning to Joe Blow, only to the avid singles buyer, and in South Auckland, where singles still sell and always have.” 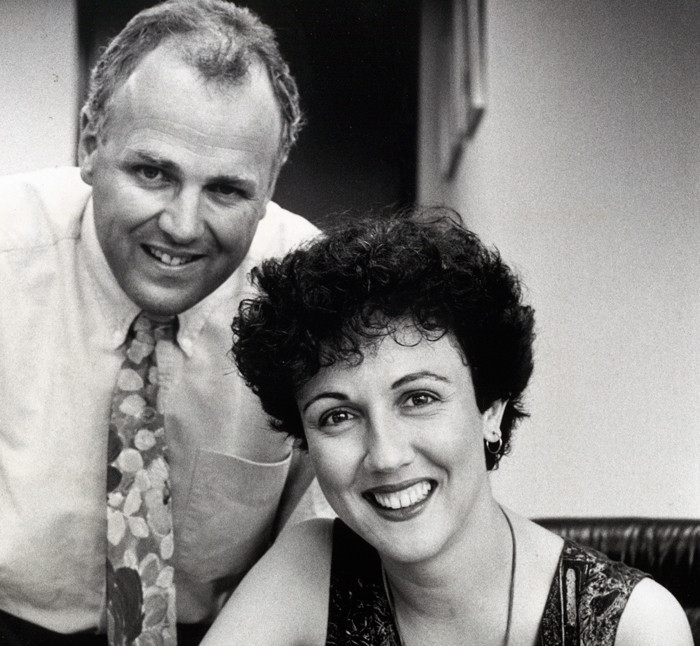 Glading points out that the singles chart in Canada is 100 percent airplay based, and the almost-biblical Billboard “Hot 100" chart in the US is “about 90 percent" the same [the rest is from retail and Internet sales). He recalls the “good days” when pop music fans and the industry both looked to Ready to Roll to see what song was the country’s most popular that week.

"Now RTR is back. Talking to TVNZ or TV3 a few years ago, they had no interest in a chart show because it wasn’t really popular. At a radio conference, programme directors told me they never looked at the charts. In record companies, we were busting our guts for the charts, but the public didn't care — and neither did radio. I thought, if this is meaningless, we’re kidding ourselves. The chart should be about what the punter knows and cares for.”

There has always been an element of suspicion about the New Zealand singles chart ­– right back to when it began, in 1966, as a public vote in the Listener. But with teenagers doing most of the voting, adult hits such as Frank Sinatra’s worldwide smash ‘Strangers in the Night’ didn't get a look-in. In 1975, RIANZ started using ﬁgures supplied by retailers to compile “ofﬁcial” charts. But there were often accusations of manipulation in this tiny market, where several hundred sales can make a hit. Record companies might provide incentives to retailers to favour certain releases (such as discounts on sure-ﬁre sellers, or overseas trips to see a concert), or a band’s manager might buy up quantities of a single at a friendly local store.

How corrupt has it been? “Over the years, very corrupt,” says Roger Marbeck, whose family has been in records for decades. “We’ve always taken it seriously, our returns are a true indication of what's selling in our store. But the corruption has now largely disappeared. The airplay element has ironed out any anomalies.”

Shaun Joyce of Sounds says, however, that manipulation “still goes on. The sales part of it is a lot smaller proportion, but the record companies still offer incentives. For example, added value: we’re giving away a key-ring with one single at the moment. But how honest is ﬂying programmers to Japan or Malaysia to see bands, to get them on the air? It’s just another form of payola: they’re the guys deciding what’s on the charts.”

Sony Music is indeed taking some programmers overseas to see Jennifer Lopez, but Glading says there are no strings attached: “Sure. It generates goodwill but it’s not, ‘Hey pal, we want this and that.’ You can’t operate that way; you’d go out of business. It’s a downward spiral: next week it would have to be ﬁrst-class to London to meet Oasis. And the week after?

“Sure, people get bought lunches. What business doesn’t? But it isn't cocaine and $1000 bills. Our record business is probably the cleanest in the world.”

The future could lie in a system such as SoundScan in the US, where the album charts are compiled from point-of-sale computer data. The Warehouse stores — now responsible for 30 percent of New Zealand record sales, though not 30 percent of singles — and the CD Store chain both have computer-generated, chart returns.

“That’s two signiﬁcant chains – and ultimately I'd like to have all retailers do it," says Glading. “The record industry tried putting pressure on the retailers for a SoundScan-type system, but the smaller retailers said they couldn’t afford it.”

As this month’s record awards showed, New Zealand musicians have just had a boom year, though Marbeck says the new chart system doesn’t, reﬂect this: “‘Lydia’ was the classic case. [The local scene] has been pumping, but it hasn’t been noticed.”

However, Paul Kennedy, who compiles the playlist charts for Spot On, suggests that radio programmers now have some local guide to base their decisions on, not just the US magazine Radio & Record. “Local music has more of a chance of getting onto playlists. It’s a more level playing-ﬁeld.”

Many involved — retailers, programmers, record company executives – suggest that the airplay-based singles chart is a more accurate reﬂection of the country’s most popular song. It’s just not the country's top-selling song.

“The customers are incredulous that a charting single may not exist,” says Marbeck, while Joyce says the airplay element has “shifted the chart away from the public. You have no choice about what's on radio. I looked at the Top 10 this week and four of them you couldn’t buy. That’s ridiculous.” 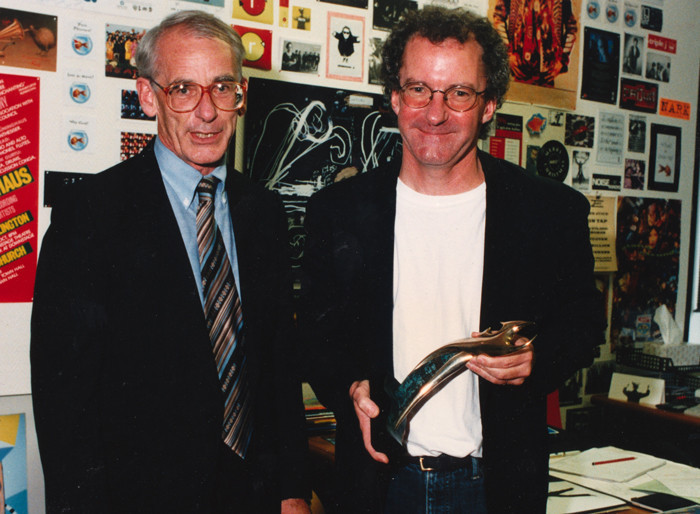 Perhaps the main problem is one of perception. RIANZ chief executive officer Terence O'Neill-Joyce responds cautiously: “lf there is a problem, it hasn’t been brought to my attention. If what you’re saying is true, I'll take it on board to discuss with the members of RIANZ. Maybe we need to make a statement that it is not just a sales chart.”