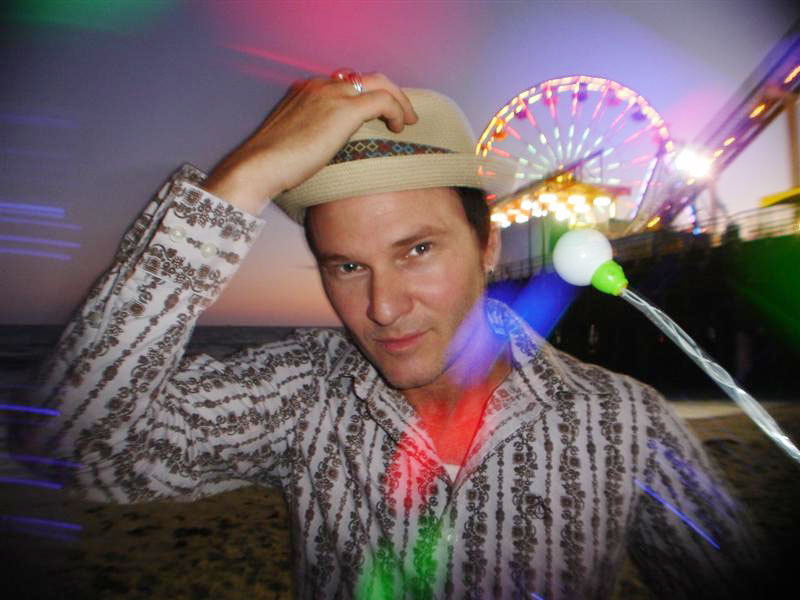 One of the few New Zealand tunes from the 80s that really had that synth sound and a classic structure with it. To this day I have no idea who or why they used Sierra Leone as a lyric in the tune, but whatever the reason it works and anyhow to me nonsense is a big part of pop music. It has a killer chorus that won’t go away, early sequencing by keyboardist Stuart Pearce and it should’ve been bigger than rugby but of course it wasn’t. Mark Bell (guitar) and Paul Hewitt (drums) were both gents I worked with a long time after that release, and all the members have since made huge contributions to local music. If I owned the publishing I’d be trying to sell it to the Sierra Leone tourist board, because I doubt there are any other songs in the in English language that mention Sierra Leone.

Mel Parsons is such a great songwriter and a genuine performer, in my opinion one of New Zealand’s best ever. She effortlessly projects and informs the listener in an almost roots style that is entirely her own; she is a natural storyteller with an engaging honesty. This tune is autobiographical and the story behind it is pretty tragic. “I’m gonna sound harsh and I’m gonna sound cruel but I’m gonna move on like I know you will.” There’s something very appealing to me about the honesty in this tune and, as with all Mel’s songs, she has the melody. Not many do … but she does.

This tune is just hands-down catchy and appealing. The vocal is so plaintive, and wistful, you really do want to go straight back to Husband House – whatever or wherever that is. Matthew Bannister to me is a bit like a New Zealand Jarvis Cocker who was too shy to actually be Jarvis Cocker. I remember him coming up to bFM for a radio interview in the late 80s and he had bike clips on his pants and he seemed like the very opposite of a rock star. He talked like every word was torture for him. A very cool guy and very cool band. To my ears (along with Able Tasmans) they were the most underrated of the Flying Nun crowd.

I don’t think Pluto ever quite reached their potential, but I love this song about one of their kids. I guess “little” must be in his early 20s now! It’s a really obvious topic for a song but almost never done, and even less often done in such a fun and endearing way. I was hanging out with some of those guys and their families a bit just before I moved away in 2002 and they had a genuine warm family vibe between them that I was very jealous of at the time, compounded no doubt by the uncertainties of emigrating into the unknown, friends, wives and kids, and not a lonely old barfly between them. Great bunch of people and genuine music.

My dear friend Mr Brown has to be on this list because his output of music may have been a trickle but what he’s done and written is right up with the best. Ted was my label mate on Pagan Records back in the day as “Ted Brown” but I remember Ted before that with a bluesy band called the Tunnellers. I think we played together at a couple of shitty pubs round town. Ted was always recording with Martin Williams at Last Laugh, a little studio in Vulcan Lane, Auckland. I think he recorded ‘Swerve’ there and it was his first single on Pagan. It’s such a great pop song, not quite sure what it’s about, but it’s a great showcase for Ted’s incredible voice, he really is the best singer I’ve ever worked with. In 1993 we both won New Zealand music awards, me for Best Male Vocal and Ted for Most Promising. It was then I realised that awards are really rubbish and I still tease him about that to this day. My award broke in half at the after-party and Ted left his one in the gas station in Herne Bay. Good times. Ted is making beautiful country-ish folk records now in Los Angeles where he moved as part of my band in 2002 and stayed on.

What a classic and pioneering tune this is! “Can you see yourself under a coconut tree, wanting for nothing, well maybe a cooler breeze?” The most subtle and brilliant political song built for the time. As a young teen who loved the Specials, Linton Kwesi Johnson, as well as classic Jamaican reggae and dub, I was super impressed and thrilled to hear real reggae being done in my home town. I briefly played horn with an offshoot of Herbs called Fofo’anga that later turned into Diatribe, at a time when skinny white boys were pretty nervous rehearsing at the Grey Lynn council building because the neighbourhood was all Polynesian gangs. I will never forget watching Fred Faleauto (RIP) play drums. He was a big guy and he hit them hard. In his back pocket were three or four more sticks; if one went flying he’d reach around and grab another literally without missing a beat. What a groove, what a band.

Taking The Weight Off – Penknife Glides

The whole early 80s punk/post-punk scene in Auckland was an incredible and creative time. Back when kids actually cared about politics and the music reflected that interest there were tons of great bands out and about and most had some kind of message. I was on the younger side then but started going out and sneaking into shows around 15 or so. Instigators (I was in love with Sonya), The Spelling Mistakes, Miltown Stowaways, Newmatics, so many great bands. I never saw Penknife Glides live but I had this song as a 45 single and loved it so much. It’s catchy ska pop and not a political tune but has a great yobbo singalong chorus, “yeah yeah ya ya, taking the weight off!”

In case you didn’t notice yet I’m a big reggae fan and the constant challenge with reggae lovers is finding music that doesn’t have trite or downright embarrassing lyrics. Bob, Toots and LKJ set a pretty high standard that few have matched since. You’ve got to hand it to Fat Freddy’s Drop, they’ve forged a pretty amazing path for themselves and become very well known in reggae and the broader world. I didn’t really know the Freddy music until I heard this tune, the long dub version, and love it. A great tale of paranoia, what is that bird looking at and why is it following me? I don’t have any food for it … more are arriving in the backyard. Brilliant, and very Hitchcock. The horns are at their best on this and I love, love the alto solo and repeat riff everyone plays on the end. I’d love to see them live sometime.

I love this tune, Hollie Fulbrook has a really full and warm voice that somehow reminds me of watching Nana Mouskouri on TV as a kid – and her lyrics are intriguing. She has a talent for making a single line seem important even when it has no context. It’s a very crowded field these days with about forty-eight million folkies out there noodling and picking dark little un-smiling numbers on acoustic guitars but Tiny Ruins just somehow stand above all that. It’ll be very interesting to see how they develop their sound, the guitarist is quality also so maybe they’ll lean electric at some point. Meanwhile I’m happy to sink into that voice and those dark vignettes!

Now most people are probably asking, “who?” Well, Tommy is pretty much unknown so far but I got a call from the amazing Ben King who was producing his new album and asked me come play a horn and some BVs on a couple of tracks. He’s got something vaguely Celtic about him but the reason he’s on this list is because his tunes are great and this one in particular really appeals to me, he has some excellent one liners, especially the opening line “I took a nine-dollar wager with myself” and “hang your dress there on my floor”. There are tons of artists out there doing this kind of sound but there’s something about Tommy that says “The real thing” and I get the sense he lives his songs in real life and he won’t be getting a proper job anytime soon. We’ll see how he goes but this one is a gem. 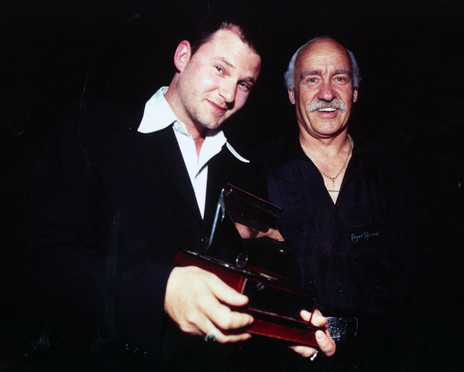 Greg Johnson is awarded the 1997 APRA Silver Scroll, for 'Liberty' by the 1967 winner, Roger Skinner. Roger won for 'Let's Think of Something', as performed by Larry's Rebels. - Simon Grigg collection