f t
All female Christchurch band 25 Cents were part of a vibrant, early 1980s Gladstone Tavern scene that also included The Pin Group, The Newtones, The Playthings and The Androidss.

Their sole release in 1982 was one of the early Flying Nun singles (FN009) and just 305 copies were pressed. Complete with violin, the A-side ‘Don’t Deceive Me’ was a rare original for a band that specialised more in 60s and 70s garage and punk covers ranging from The Velvet Underground to Pere Ubu. But it’s their helter skelter version of The Sonics’ garage classic ‘The Witch’ on the flip side that has been anthologised over the years. ‘Don’t Deceive Me’ was finally reissued on Flying Nun’s Time to Go compilation in 2011.

Lead vocalist and drummer Mary Heney went on to The Pin Group, Scorched Earth Policy and The Terminals while her sister Susan (bass) later played in The Terminals and The McGoohans. Guitarist Sandra Smith (now Cindy Roberts), the author of ‘Don’t Deceive Me’, has recorded as Ex 25 Cents (for a 2008 EP also featuring Susan Heney) and Angel Rock. Mary Heney passed away on December 13, 2020. 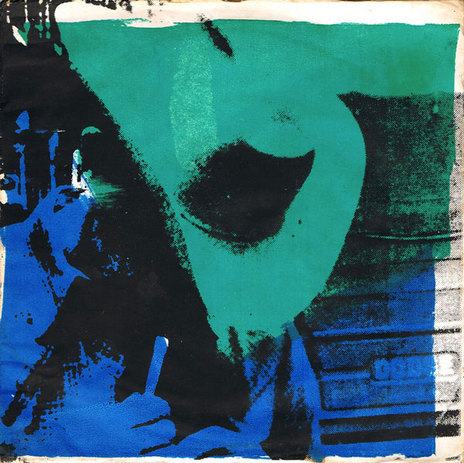 The hand-printed sleeve for 'Don't Deceive Me' / 'The Witch'

The front cover of Don’t Deceive Me is a Ronnie van Hout screen print of James Dean in a scene from the movie Giant.