Don Richardson: “I went to Rongotai College and was into music there, which saved me from being expelled for playing truant. I didn’t matriculate. I was on pretty thin ice by that time, because I wasn’t in the classroom a lot.” 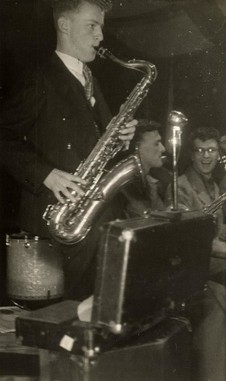 “We used to take off Tex Beneke, Coleman Hawkins and people like that and practise them. We were pretty devious. Even when I was very young, I had an in at Broadcasting with old Bob Bothamley [“Mr Head Office Dance” – see Chris Bourke’s Blue Smoke]. Bob would beg, borrow or steal tracks and we started doing shows for him. He’d give us a record and say, ‘Make it something like that’. It was all education. We recorded regularly. In those days you did a half-hour broadcast every week for 16 weeks. That went on until it wore itself out.”

“Cliff [Jones] played trumpet, I played the sax and clarinet, and the front line was violin. It’s the only job I ever got sacked from. This violin player, who sat next to me, insisted on sawing away on the melody, even when the vocalist was singing.  It was putting the vocalist off because you don’t have two melodies going at once. One night I said, ‘Wouldn’t it be better if you left the vocals alone and just played the rest of the part?’ He told Cliff, ‘The young guy is trying to run the band.’ Cliff said, ‘You’d better finish up’. Anyway, he got the sack the next week and the band that went in re-hired me. That was Lauri Paddi.”

“He wasn’t a natural muso. He played nice violin and a trustworthy sax lead, but not a risk-taker in any way. It was pretty straight. The reason I got the job at that early stage was because I could write [music]. I had been writing all the time since I got my first accordion … If you had a ball coming up and they needed a national anthem or something I could usually have it ready by the start of the gig.

“He ended up with a job at Charles Begg’s [music store] in town. I did that for a year, too, and it was interesting as much as it was the only time in my life I got a shipment of, say, six saxophones in and I got to play them all. I tested them all out and kept the best one for myself.” 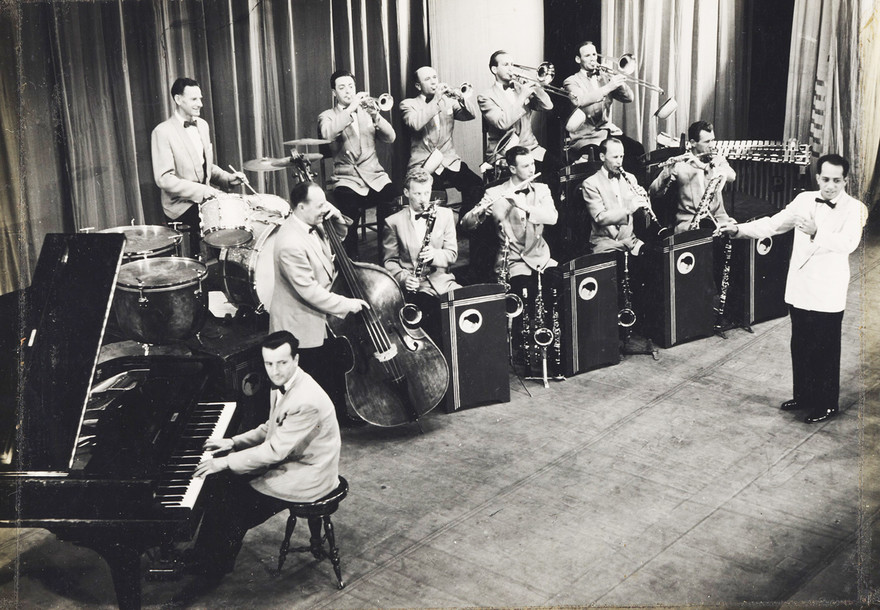 “There were times I nearly struck him because I was the deputy conductor, and on about three occasions Lou phoned in sick or couldn’t do it and they were three of the most important programmes. One was a royalty visit in, I think, Melbourne. I had to drop out of the band and pick up the baton and it left a hole, because I had solo bits. It put a hell of a strain on me, and I jokingly said to him one day, ‘You’re going to have to cut this out, Lou, I can’t stand the strain.’ And he said, ‘Oh, I’m sorry Don, I’m sorry.’ ”

“Only about half the Kiwis had been overseas [at the war], but I got told off a bit [for] being a bit too smart. I remember clarinet player Arthur Peden in Melbourne saying, ‘I’m sick of your bright bloody remarks – I’ll see you after the show.’ So, we went up to the park and threw a few punches at each other.”

“I left the Maj because Dick Jones, manager of the Waterloo, offered me four nights week right through the year and to run the band myself with Marise [his second wife] singing. Over a year that would give me more guaranteed money than I could earn at the Maj. I went for one year and paid off the mortgage. It was the most hellish year I ever spent because once again I was on piano.” 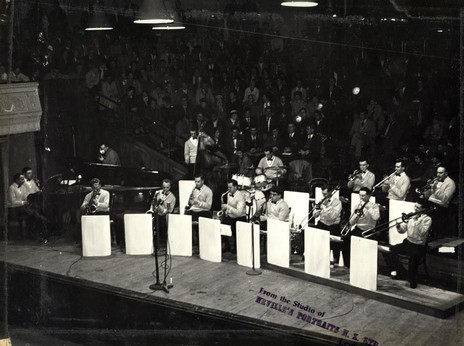 “For the first ‘Modern Enterprises Presents a Jazz Concert’ the format was pure and simple. We’d got this from Ted Heath when he came [mid-1950s]. He had the band on stage all the time, with bits and pieces in between, but we just did more bits and pieces from the band. Not only that, we were always worried about what to wear on stage, because everyone had different-coloured slacks and things. They’d come in dressed in sweaters, so I bought 20 sweaters, and that fixed that. They weren’t the same as Teddy's, but the idea was.”

“There was always criticism. Letters to the Ed. Somebody would write in and say, ‘Why’s this band playing this stuff?’, and I’d write, ‘Why doesn’t this fellow stay at home and listen to his Muggsy Spanier records?’ That would start somebody else off. In those days you could do it, and it ended up with all this hate mail going to and fro, and in the meantime, people were banging on the door trying to get in.”

“At the same time, we were running these marathon dance things, you know – who is going to last the longest? And they, for instance, die and they kept going. [Vern] ended up doing a deal with them and shared the prize among three of them, but we thought they might go forever – all these people fainting and hanging upside down.” 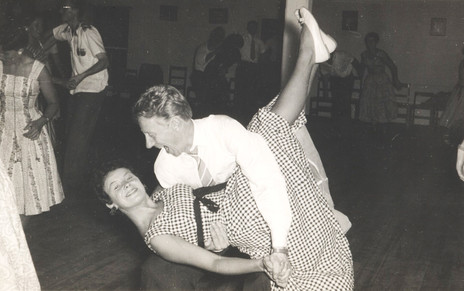 “He was a mad character, sort of ballroom dancer-cum-jazzeroo. He was almost uncontrollable. He had a flare for advertising. We took him on a trip to Whanganui and the advertising had mucked up with hardly any bookings, so he walked along one side of the street, I walked along the other and we were talking across the road in the lunchtime crowd, saying, ‘You’ll be at the show tonight, won’t you?’ This went on and he filled the house. Just some Aussie bullshit. He was an incredible guy, but you never knew when he was going to blow out. He got into terrible trouble with the girls – all sorts of things going on. I loved him.”

Tax fly in the ointment

“Garth Young, Brian Hands and I were almost full-time recording for several years until the Labour Government put a 40 per cent tax on gramophone records [see “The Infamous Sales Tax”]. It was Rowling. Everyone was trying to talk him out of it. I was doing a lot of writing for Kiri Te Kanawa then. 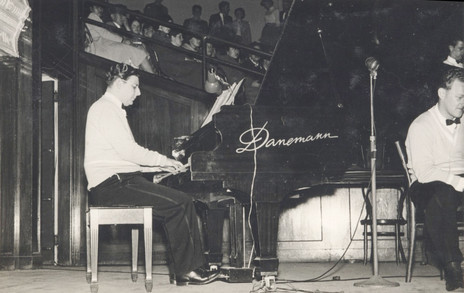 “Bob Barcham had a studio next to us. He was a great mate. He never let us down in all those years, never at any stage. There were jobs he didn’t want to do, but he was very professional and fun to work with. Bright, bright brain.”

“Bill was a quiet guy, but he was a bit bitter about pop music. At one stage when he was playing bass for me, I noticed that at the end of every number he’d write something down. This went on right through the evening. I said, ‘What are you doing, Bill, the crossword?’ He said, ‘No, just for interest I want to know how many notes I play a night so I can work out how much it’s worth.’ He’d played thousands of notes and he’s working out how much it works out at. Just for interest! He’d do crazy things like that which didn’t help his bass playing at all.

“Bob [Barcham] was the better pianist. Bill was a good on a lot of instruments. He played guitars, but he wasn’t top-ranking – he’d admit that himself – but had he specialised in piano he would have been. He played bass most of the time.” 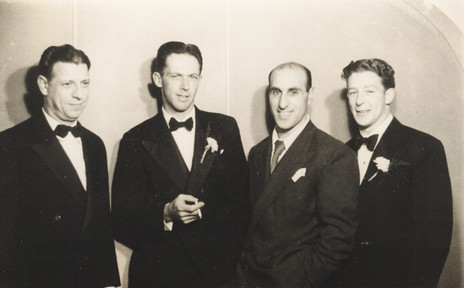 “He was my childhood idol. Great fun and so sincere about his love for the music. He’d toured with the Freddie Gore Band, and I’d seen the shows and met most of the guys. They were a bit older than me, but … we started working together during the war years in Kilbirnie – all Americans came there.

“He called me the ‘Coke’, because of the threepenny Coca-Cola bottles you used to buy. I was always Coke, never Don. Fred’s manner of talking was always sharp – ‘Groovy, man’ and all the clichés, but they didn’t sound false on him. He didn’t have any dull nights. He was a great arranger, but sometimes he’d bite off more than he could chew. He’d say, ‘Coke, can you fix this? We’ve gotta record this on Wednesday and I haven’t had time to copy it.”

“As a compere he would be quite humorous. He’d hit the booze after the show. He came down with us to Timaru, but it was always hard keeping him sober for the night shift. But a good guy, good mate.”

“She was an island girl, I think, not Māori, and a marvellous [singer]. She went down well. We did some radio work. She was a postie in Paraparaumu and as down to earth as they come. We’d play poker and she’d join in, but she didn’t have much money, so she’d start undressing. She’d say, ‘Oh well, that will be a blouse, won’t it?’ and up it would go. We had to put a stop to that.”

“John and Denny worked for several years at the Maj. They weren’t the best hornblowers, but by gee they were the funniest guys on stage, up to every prank in the world. And they used to do this hand [percussion] – a sort of rhythmic tap-dancing with your hands, an old Pommie thing – while they were singing. They loved singing and would rather sing than play.” 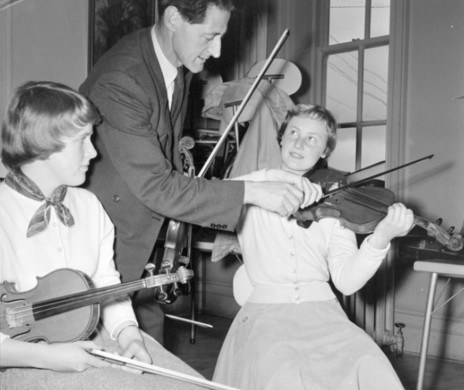 “He was a very good friend. Great fiddle player. Dying the way he did [cerebral haemorrhage] caused me all sorts of strife. … Lovely guy. The players who worked closest to him – that’s where it counts, the other first players – said he was just heaven to play with. He’d worked in London for years and he was good.” 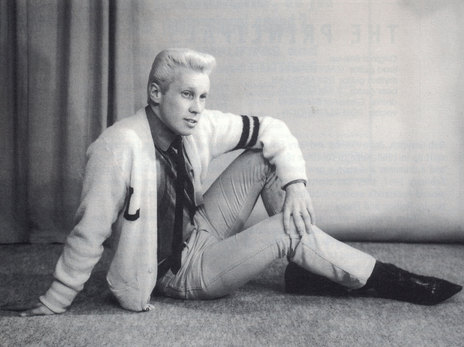 “He was doing a floor show at the Maj and he arrived with all the hoopla. I saw him just before the ball and his first words were, ‘I’ve done all my top American charts, but the airways have lost them.’ I said, ‘Just give us some keys and some tunes.’ It was a trite and predictable, and included When I Grow to Old to Dream and all the heart-throb stuff.

“Bob Barcham came in after he’d been teaching all day. He always gave his pupils a glass of sherry, so he’d probably had a flagon and was standing there, weaving. Lew Pryme said, ‘Who’s that?’ I said, ‘It’s the pianist.’ He said, ‘Christ, will he be all right?’ I said, ‘You watch him!’ It was the best backing we ever did, because we had the arrangements and also vocal quartet arrangements. Everyone knew the words, so I just turned the mic up. We cut in a four-piece choir behind him and he was nearly airborne. He reckoned it was the best show he’d ever done.”

“I was never extreme. I didn’t mind, but there was a lot of jazz I didn’t like and a whole block of years where everybody thought it clever that every chord had at least seven voicings. They were ugly years – it wasn’t smart at all. Nobody liked it and I think that’s when country and western came in [laughter].”

“Nothing lasts forever. You’ve just got to grab the wagon as it goes past.”

From an interview by Chris Bourke in 2007. Don Richardson died the following year, aged 80.