f t
With songs that “charm the ear and haunt the memory” members of the Rotorua Maori Choir set in wax over 50 titles during their legendary 1930 recording sessions.

Anglican clergyman Frederick A. Bennett first formed the group in the early 1900s, and in 1930 the Columbia Graphophone Company in Sydney decided to send a special recording outfit to New Zealand in order to record the group. Comprising 27 members at the time of recording, the male-female choir were mostly from Ngāti Whakaue and sang a variety of material, from poi songs, stick games and love ballads, to Christian hymns and songs by composer Alfred Hill.

The genesis of their recording sessions began in 1929, when three choir members signed a contract with Columbia at the behest of Arthur Eady, head of a music publishing firm based in Auckland. William A Donner, the manager of Columbia’s Sydney branch, toured New Zealand in the early months of 1930, where he presumably settled the deal for the Rotorua expedition. Donner must have made hasty preparations during the month after his return as he embarked on a ship bound for Auckland on 3 April. Columbia’s chief recording engineer Reginald V. Southey and musical director Gil Dech accompanied him on the trip. A portable electrical recording unit constructed in Sydney was also dispatched on the same boat.

After arriving in Auckland on 7 April the crew headed straight for the village of Ohinemutu in Rotorua. The crew set up their equipment at the Tunohopu meeting house on the shores of Lake Rotorua. An annexe was built on the porch of the meeting house so that Southey could operate the recording equipment. The studio was described as “an ingenious erection of borrowed planks and poles”, and required the assistance of local Māori in its construction. In order to deaden the echo inside, blankets and carpets were hung from the roof and along the walls.

By the start of the first recording session on Monday 14 April, the crew had been in Rotorua for barely a week. Work started at “about 9 o’clock in the morning” and rehearsals took up most of the day. Recording then commenced at 8pm and lasted “with few rests in between” until midnight and into the early hours of the morning. This gruelling daily schedule was interrupted halfway through the sessions when the meetinghouse was needed for a burial. Southey later recounted that he turned up one morning at the wharenui but was denied entry, as the body was already inside.

The choir and crew managed to set 51 titles in wax, clocking in at over two hours in duration.

As musical director of the sessions, Dech’s role proved challenging. At first he had to familiarise himself with the large body of songs and train the choir to sing as a group. Most of the members were accustomed to singing solo, and separate parts had to be written for individual singers when they sang in unison. Dech also struggled to manage the choir’s behaviour and gain their respect as the pākehā who “[stood] up in front of them waving his arms about”. Another reported difficulty was getting everyone to rehearsal on time, a matter that would have rightly annoyed the Columbia crew, who prided themselves on running a tight and efficient outfit.

These difficulties did not stop progress, and by the final recording date on 26 April, the choir and crew had managed to set 51 titles in wax, clocking in at over two hours in duration. The Columbia crew had spent under a month in New Zealand, and the expedition was reported as a success in newspapers and trade journals at the time.

A total of 48 titles were pressed and issued on 24 discs, featuring the entire choir as well as soloists Te Mauri Meihana, Tiawhi Ratete, Mere Amohau, Rotohiko Haupapa, and a male vocal quartet. (One of the youngest singers was a 17-year-old called Kahu who would later be the mother of Howard Morrison.)

Although touted as “absolutely authentic” by Columbia on their release in June 1930, the motivations were purely commercial. Southey later admitted that many tourists who visited New Zealand asked for recordings of local singers, but that none were available.

Despite these issues of “authenticity”, the Choir and their recordings have left a remarkable legacy. Dr Mervyn McLean describes in his book To Tatau Waka how records of the Maori Choir captivated him at an early age, prefiguring a career dedicated to the study of Māori music. Jonathan Ward also advocated for their cultural and historical value in a blog post on his site Excavated Shellac, where he quipped that “when it comes to early Maori music on 78, this is what we have, and little else”.

Even after 86 years, performances by the Rotorua Maori Choir still retain their power and sway. Their renditions of now classic songs such as ‘Pokarekare Ana’, ‘Karu Karu’ and ‘Po Atarau’ are testaments to the endurance of Māori culture and vocal art. In 1937, choir member Te Mauri Meihana commented on the eclectic influences on Māori music, from opera, sea shanties, church music to jazz, but maintained that the “Maori spirit” had been kept intact. In words that perfectly capture the tone of the Rotorua recordings, she defines this spirit as “the yearning for the past; the lament for the days and times that are no more”. 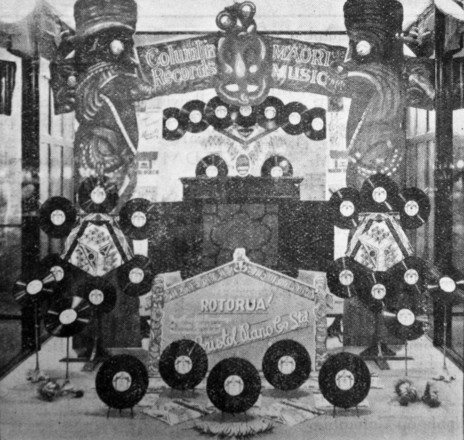 A window display for the Rotorua recordings from the Bristol Piano Co. in Dunedin, published in the Australian Phonograph News in August, 1930 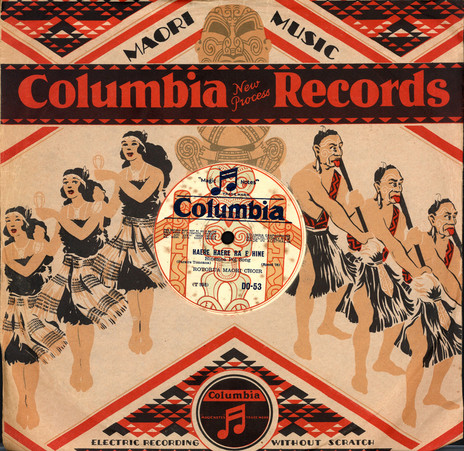 'Haere Haere Ra E Hine' - canoe poi song - by Paraire Tomoana, recorded by the the Rotorua Maori Choir in their first sessions on 14 April 1930, and released by Columbia 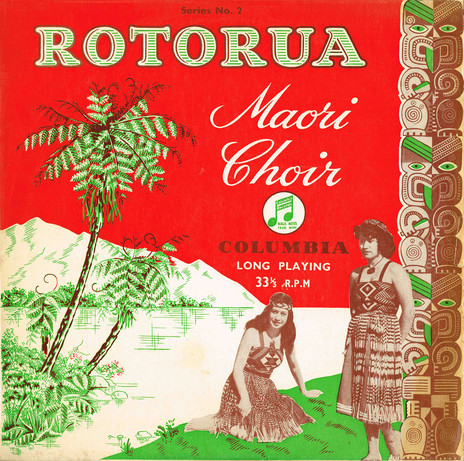 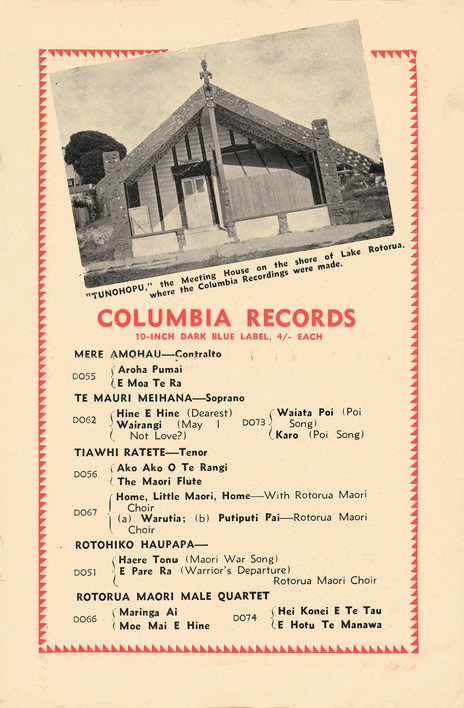 Columbia Graphophone's catalogue listing its artists and the recordings they have released, including the Rotorua Maori Choir, c. 1930 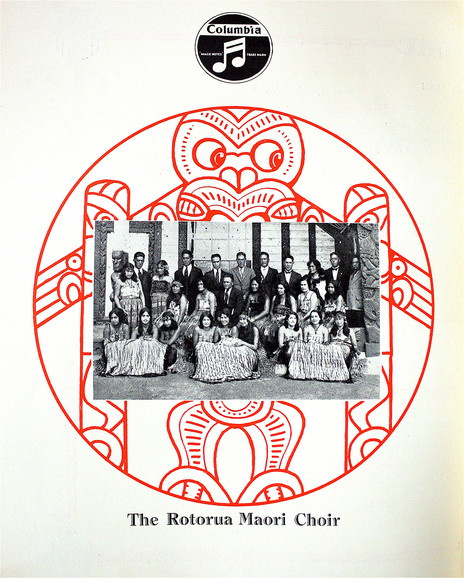 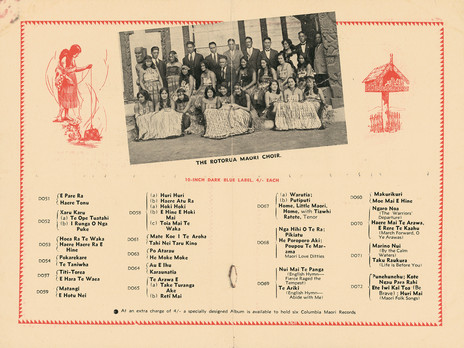 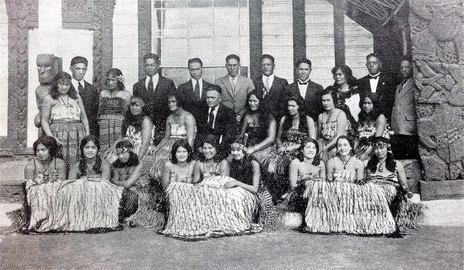 Rotorua Maori Choir outside the Tunohopu meeting house, where the Columbia recordings were made over 12 days in April in 1930 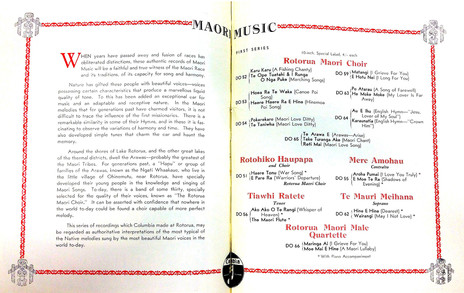 Inside the flyer for the Rotorua Maori Choir recordings, April 1930 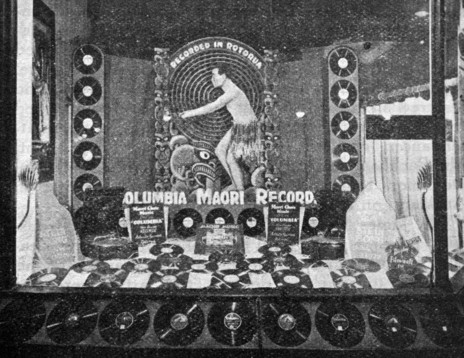 A Maori warrior is prominent in this display for the Rotorua recordings in the window of W. Gordon Ltd. in Wellington, featured in the Australian Phonograph News, September, 1930 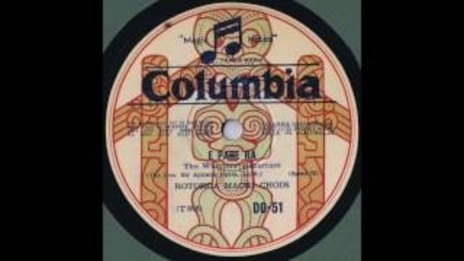 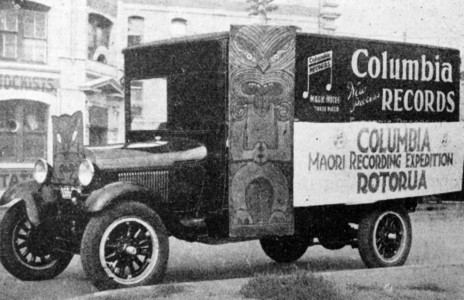 The lorry that transported the Columbia recording outfit from Auckland to Rotorua for the "Maori Recording Expedition", April 1930 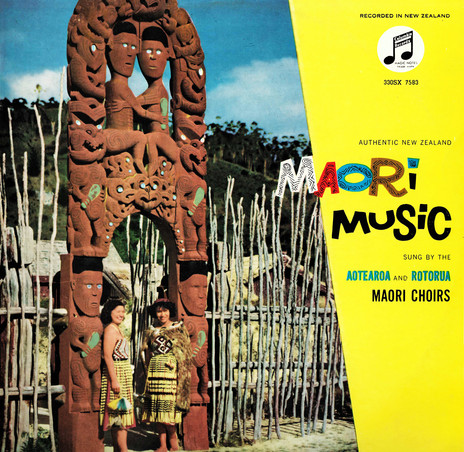 Another vinyl re-issue of the Rotorua Maori Choir's recordings: this one, thought to be from the late 1960s, also features recordings by the Aotearoa Maori Choir 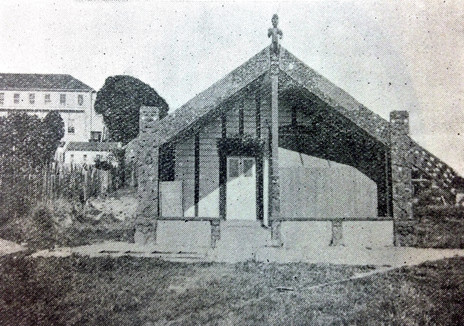 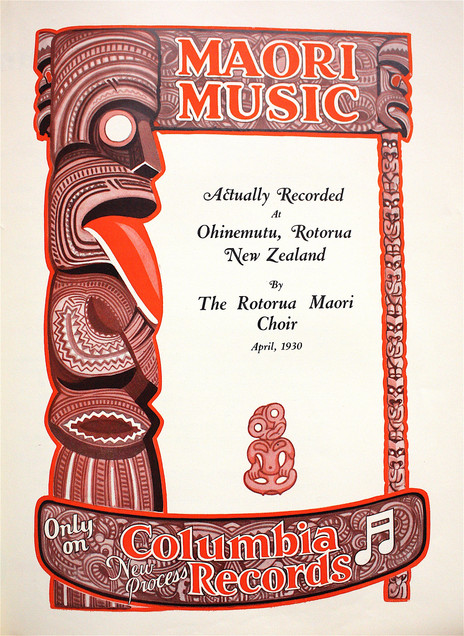 When the Rotorua Maori Choir discs were released in 1930, they were heavily promoted by New Zealand retailers. Among the innovative window displays created by the retailers were those by Moore’s in Auckland, who recruited “charming Maori wahines” to sit in the window and make kete. Howie’s, in Newton, Auckland, exhibited a Māori pā in their shop window.

Alan Armstrong looks back on the 1930 sessions for Te Ao Hou, September 1961

The Hocken Library blog on the Rotorua Maori Choir