It was a manager's worst nightmare: With two EPs and an album under their belt, television appearances pending, and on the cusp of touring with a major international act, manager Bob Rod's carefully groomed band, The Overlanders, had fallen apart at the seams ­– but Bob was determined that the show would go on.

The Overlanders first formed in 1959 around the nucleus of an already existing three-piece, The Wanganui Western Trio, which was made up of brothers and vocalists Harold and Tommy (AKA Graham) Bates and guitarist Neville Cowley. The new additions to the line-up were Tom McDermott (lead guitar, vocals) and Ian Morgan (lead guitar). The new band quickly gained a local following through regular live-to-air broadcasts on Whanganui radio station 2XA and achieved wider prominence with the release of a self-titled 7-inch EP on the HMV label.

A second EP for HMV, Country Holiday, followed in 1962 but by this time only Harold and Tommy remained from the original group. Both were by now performing on ukulele as well as singing. The new additions were Bevin Brown (vocal, guitar), Bill Rod (guitar) and George Keat (bass). With the new line-up came a more polished style and increasing national popularity.

They began using Bill's homemade guitars after a poorly assembled Wilson guitar fell apart on stage mid-song. Tommy's reaction to this demonstrated his professionalism. When I interviewed Bill Rod in 2006, Bill's recollection of the event was that "Tommy just carried on singing."

Despite their increasing success the band's line-up remained unstable with Bevin Brown and George Keat both departing. New arrivals were Roger Fairbrother (lead guitar) and Jeff McManaway (bass). Harold was assigned a new role as drummer and Bill's Dad, Bob Rod, took on dual roles as manager and guest harmonica player (for which he received many plaudits due to his unique warbling tone). With their new line-up complete The Overlanders returned to HMV's studios in Wellington to record their first (and only) 10-inch LP, Weeping Willow Tree with producer Alec Mowatt and engineer Frank Douglas.

In 1962 Weeping Willow Tree and it's single, 'Fraulein', further raised The Overlanders' profile, resulting in bookings for television appearances and an offer to support The Seekers on their New Zealand tour.

But just when everything seemed to be going right the band was hit yet again with personnel problems. The necessity for band members to also hold down regular day-jobs had its most serious impact yet with Bill, Jeff, and Roger all having to leave the band due to work commitments.

Defiant in the face of this setback, Bob Rod was quoted in the press insisting that The Overlanders would "reform with new members and continue to raise their standards for greater things." Despite Bob's optimism auditions failed to identify suitable replacements and so in the end Bob had no choice but to call it quits. The Overlanders were never to record or perform again.

After The Overlanders, Tommy Bates, sometimes with Harold also on board, continued to record.

After The Overlanders, Tommy Bates, sometimes with Harold also on board, continued to record. He released several singles on HMV as well as an unusual but historically interesting duet with Janet Taylor on Allied International. Backing for the latter was provided by Wanganui band The Slo-Mo-Shuns, and production by guitarist, prolific composer, and Peter Posa collaborator, Jim Coyle. Recording took place in Coyle's Whanganui electronics workshop and studio.

More recently, in 2001, Tommy independently released a CD, Further Down The Road with former bandmate Bill Rod guesting on guitar.

Bill became the archivist of the band and the custodian of a large collection of press clippings and memorabilia as well as a significant body of un-released Overlanders recordings. These, consisting of alternate HMV studio takes and the band's own demo recordings, were compiled on two independent CD releases with the appropriately countrified names of; Springtime In The Rockies and Stolen Moments. 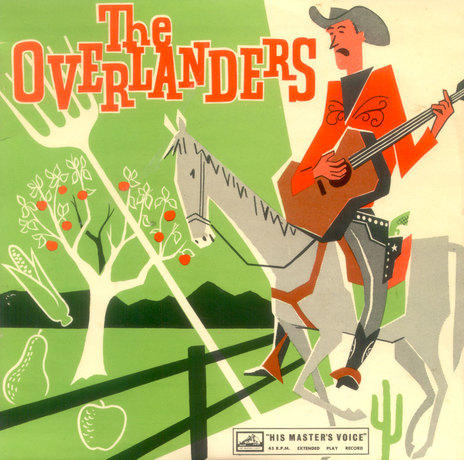 Released in 1960, this EP was The Overlanders' first 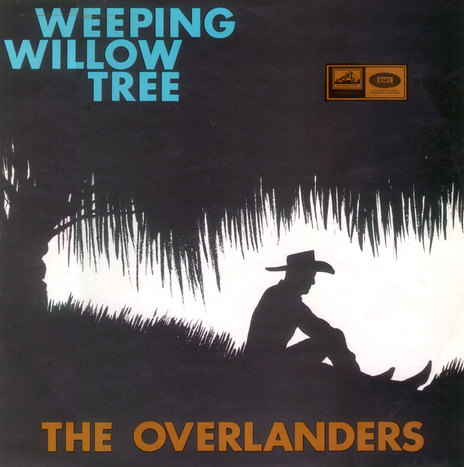 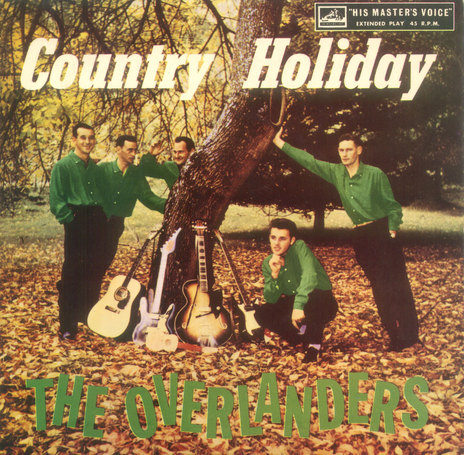 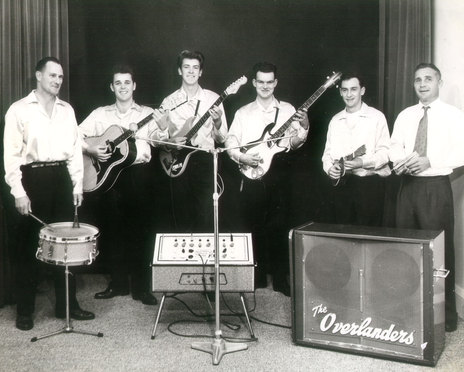 The third Overlanders lineup in the mid-1960s 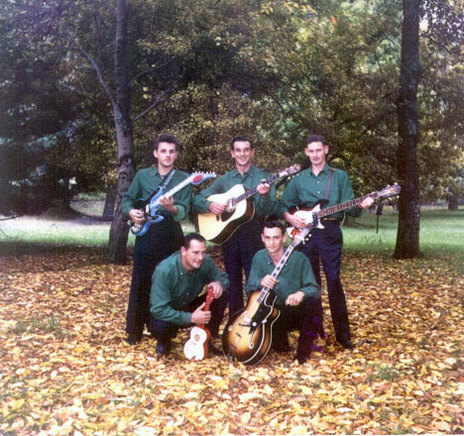 The Overlanders - the second lineup, circa 1962

One of the rejected hopefuls during Bob Rod's final auditions was a very young Murray Loveridge – who was to some years later become bass player for the final line-up of Quincy Conserve.

Red Herring: A British band also called The Overlanders achieved moderate success in the USA, Australia, and the UK between 1964 and 1966 but was in no way related to the preceding NZ band of the same name.