The Fourmyula meet The Beatles

From the Wellington City Libraries collections comes this HMV press release celebrating The Fourmyula's meeting with the Fab Four at London's Abbey Road Studios in 1969. The 'Believe Me' track would become known to the world as 'Oh! Darling' when it appeared on The Beatles' long-player Abbey Road later in the year.

Written by one of the band (not Wayne Mason or Ali Richardson), it also discusses the scene in the UK and the next single by the New Zealand band. 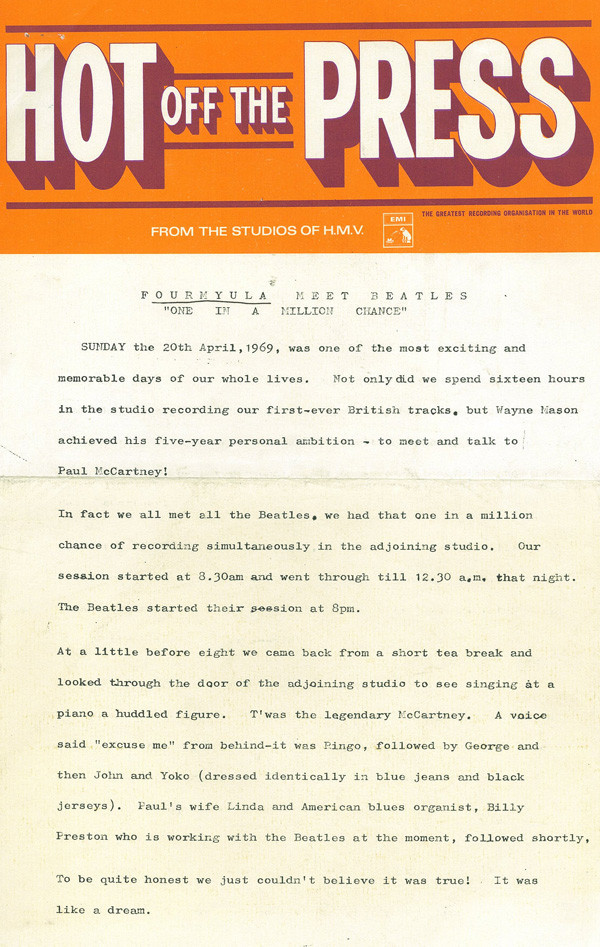 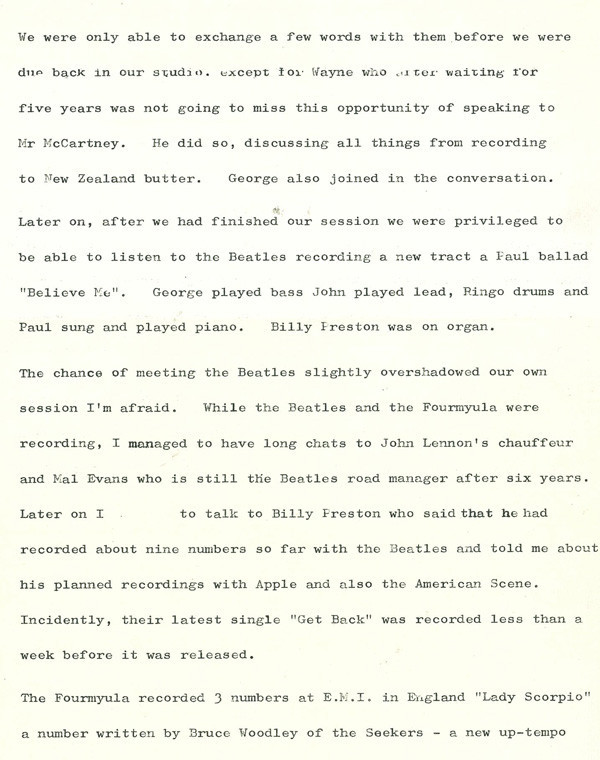 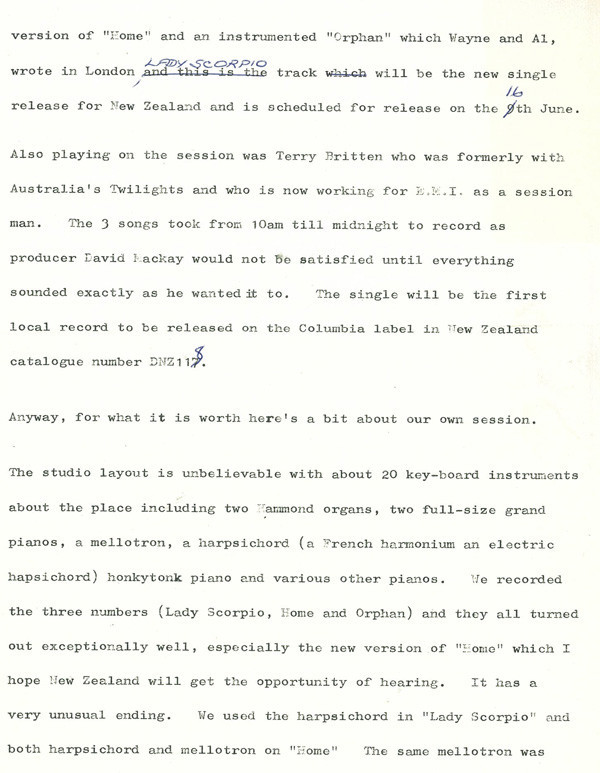 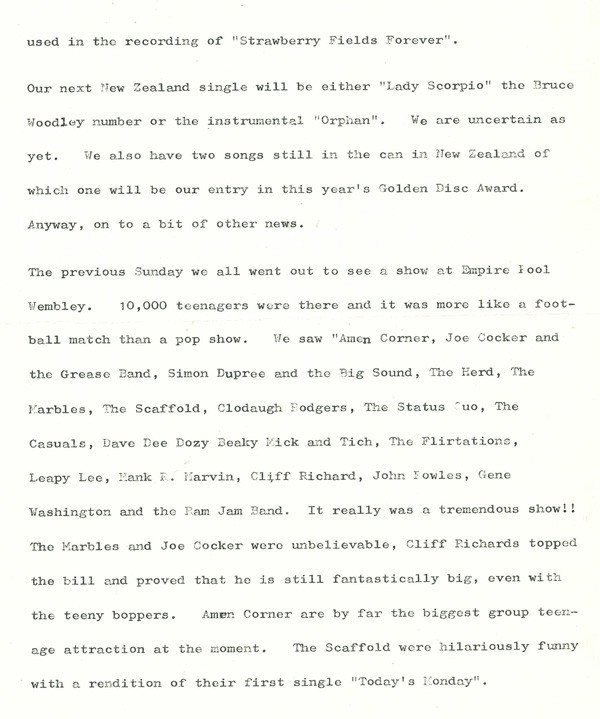 Thank you to Mark Le sueur.