It’s a rainy night at Maitland St, Dunedin, sometime in the early 1990s and I’m at home alone with nothing better to do than watch TV. Dennis Weaver is in his car while being chased by a large dark ominous truck down the highways of the USA and I’m starting to think that heating up something for dinner might be a good idea. I figure I can come back later for the punchline to the movie, and so I’m at the stove cooking when the power goes out. Dinner goes cold on the stove, and the fate of Mr. Weaver will remain unknown tonight, but what to do? 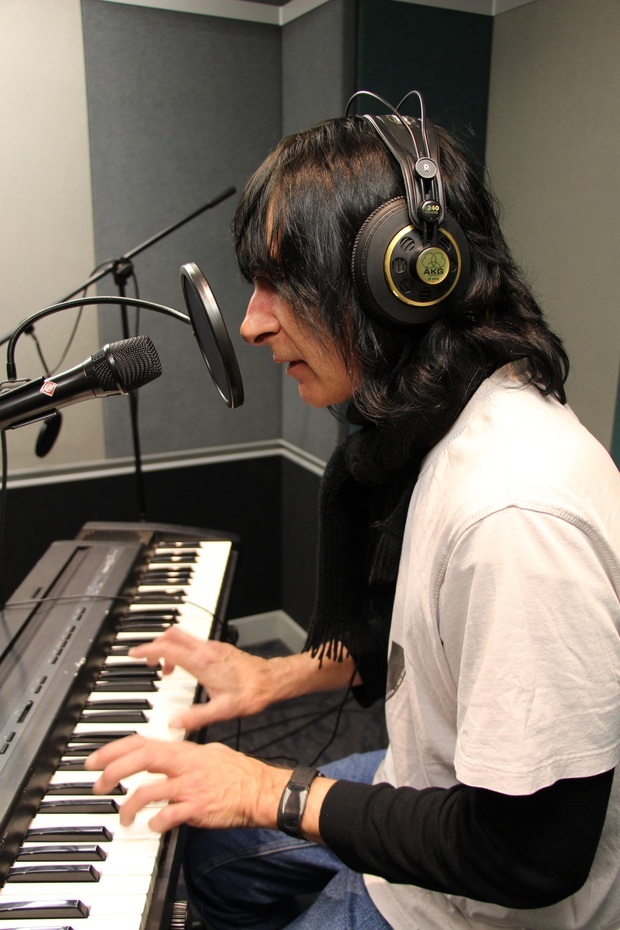 I find a bit of a candle somewhere and ring the electricity company to come and take a look at the problem, but then what? I take the candle and put it on top of the piano, and try to play, but I can’t see enough to really do anything. Too many bum notes. I find a torch with half flat batteries but still not enough light, and when the candle burns out I give up and take the torch back upstairs. I’m living with Sandra Bell at the time, and her acoustic guitar is leaning against the wall. Despite my general lack of ability on the instrument, I pick it up and strum one of the few chords I know. “ E”. Well, it was going to be E, but I can only see the first few frets, and I put my index finger in the wrong place. Strange chord. Perfect for the type of night this is turning into. I vamp the chord, and chuck an “Em” into the mix, and I’ve got a riff of minimal proportions. And then the moment happens.

“I’m a tape recorder talking to a telephone line, listening” in these kinds of moments.

Now there are times when I write songs where they just come to me. I hear them, or bits of them, in my head, and songwriting becomes the act of getting what I’m hearing out into the world. “I’m a tape recorder talking to a telephone line, listening” in these kinds of moments. But this is even more dramatic! The song goes straight through me and out the other side. The words come pouring out of my mouth (“I’ve only this torch beside me for company tonight. There’s something wrong with the power supply, we haven’t got any lights …”). I get the first two verses and the one line hook from start to finish. Nothing to record it on. Mad dash for pen and paper, frantic scribbling before l lose any of it, but I get it all down. Strum the next chord shape down from Em, and here comes the bridge. It’s done, just like that, and I realise I’m heading back to the opening verse to wrap it up. 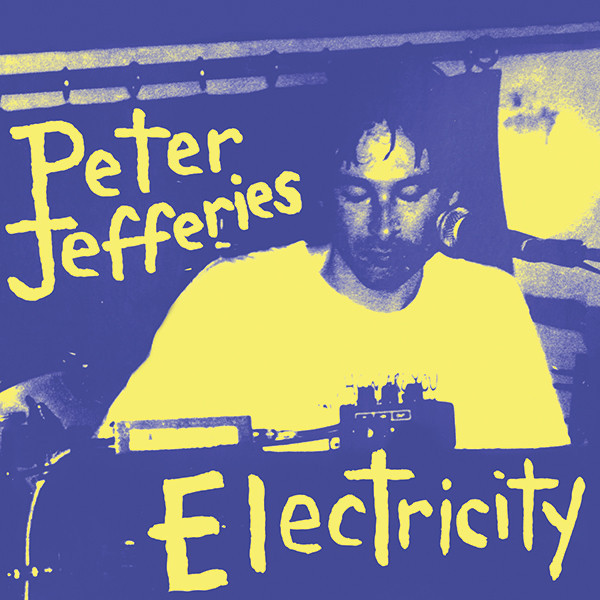 The front sleeve of Electricity, recorded between May 1992 and February 1994 at Maitland St, Liverpool St, and the Empire Tavern in Dunedin, and released on the US Ajax Records label. It was reissued in 2014.

Knock on the door. It’s the power company. The line is out to our house only. They’ll be back tomorrow they say, it’ll take them a couple of hours. Thanks. Run upstairs and add those lines to the first verse repeat, and there it is, ‘Electricity’. It’s arrived from nowhere, and taken less than half an hour to write, and I sit there playing it over and over, until the torch battery dies, and there’s only the steet lights outside for illumination. Can’t remember what I did after that. Probably went out, or went to bed. But the time spent receiving the song has always stayed in my memory.

I get one more epiphianic song for what becomes the Electricity album. It’s during a seven day writing blitz where I get one song a day each day for a week. ‘Don’t Look Down’ arrives complete while I’m at the piano, and it takes 10 minutes to write both words and music. I know it’s perfect as soon as it’s done. My favourite moment in the world of music isn’t the recording of the songs, or the performing of them at the shows, although I love doing both. It’s the moment where it’s just you and the song, and you’ve just finished it, and you know it’s right. As soon as someone else hears it, (whether they love it or hate it or just think it’s ok), things are never quite the same. It’s not your private secret anymore, and you can never go back to that original feeling you had. I always think of the writing of ‘Don’t Look Down’ as the most perfect of these moments. It will always be one of my favourite songs for this reason.

But where was I? ‘Electricity’ (the song ) continues to evolve over the course of time. I play it live on electric guitar at three or four shows, but it sounds better on acoustic, and I know I’m not getting the best out of it when my friend Nigel Taylor asks me if I’ve thought of doing it on the piano. It ends up moving to ”A” because of this, but it works better and this becomes how I play it.

I end up plugging a Rat distortion unit into the piano, and ‘Electricity’ takes on a new life.

By now it’s somewhere in the middle of 1993, and later in the year I am in the USA for my first tour there. For most of the shows I’ve been using a Roland EP7 electric piano, same as I use in New Zealand, but for the final two shows in San Francisco I have to use this weird old Yamaha that sounds like a giant xylophone, and makes the rockier numbers sound pathetic. It’s so bad I have to cut some songs from the set, and in desperation I look around for something to help out on the few that are left. I end up plugging a Rat distortion unit into the piano, and ‘Electricity’ takes on a new life when I get to it in the set. The piano somehow sets up a pulse for this song, and the distortion fits perfectly with the subject matter. That’s how it’s meant to sound! So now I’ve got it. Someone takes a picture, and that photo eventually ends up on the album cover. I’m wearing a Daniel Johnston T-shirt, which I got from Jim Romeo, in exchange for a copy of the first TKP album. I’ll be touring in the US later this year (my first visit there for quite some time), to promote the album reissue on Superior Viaduct. Jim is booking the tour. That ties up the loose ends pretty well don’t you think?

If I have one song in my output that’s my personal mantra, (because of the second verse), it’s ‘Electricity’, and the way it was conceived will always make it a very special song for me. It’s remained in my live set for every show since the night it was written, so what else can I say?

To quote Ian Hunter, “There you go!”