Long road to a fourth album

Long road to a fourth album

So, moving to Australia. A not terribly well thought out decision born out of frustration. Frustration that with each improved bunch of new songs there was less money to spend on recording them. Frustration that the fickle nature of trying to make a living from music in Auckland meant I struggled to hire the same line-up of musicians for consecutive gigs. Frustration of arriving in the next town and finding none of my albums in the record shops. Frustration of banging my head against the brick walls of late-1990s NZ radio and television. 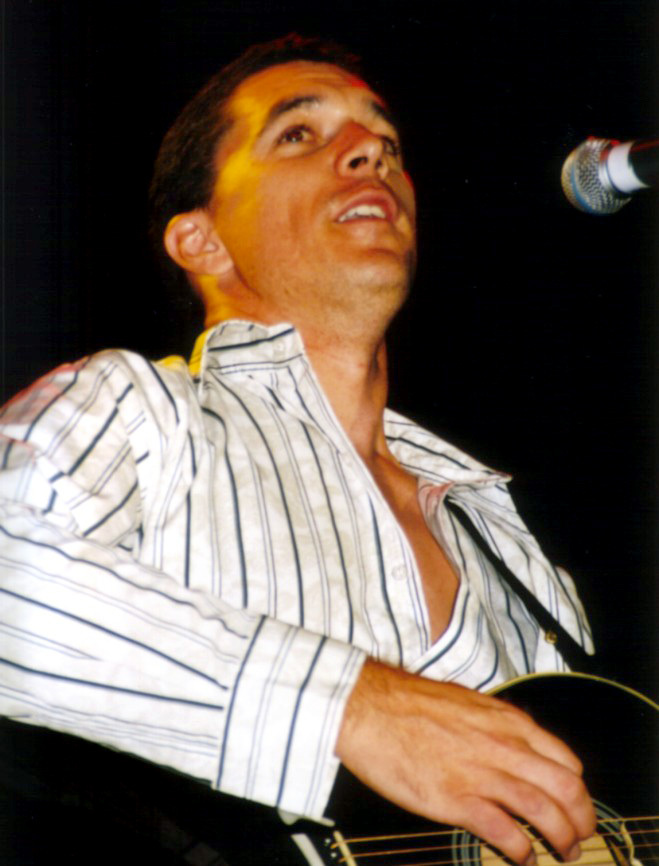 It seemed the Central Coast was the place to be for country writers, singers, pickers and studios.

By the time I’d taken a recce to the massive Tamworth festival in January 2002 and hooked up again with Bill Chambers, my mind was made up. It seemed the Central Coast was the place to be for country writers, singers, pickers and studios, so that August my partner and I and our nearly two-year-old son moved to Brisbane, some 860-odd k’s north of there!

After being passed over by Bunnings I fluked a job doing the same captioning work I’d been doing at TVNZ for the previous five years. With some money coming in and a roof over our heads it was time to think about music.

Bill reckoned the annual Star Maker Quest at the Tamworth festival was a good starting point. He’d been a finalist years before but pulled out when Slim Dusty recorded one of his songs and he started getting some traction on his own. Lee Kernaghan, James Blundell and Keith Urban had gone on to bigger things since winning the title, and a New Zealander by the name of Craig Robertson won it in 1989.

I was selected as one of the 20 finalists for the 2003 event and after an afternoon concert progressed to the 10 grand finalists. This was more about the "job interview" with the judges about your musical influences and how willing you were to relocate to Sydney. The title was won by an Indigenous kid by the name of Todd Williams.

It’s always been about who you know, not what you know, and I knew Geoff Wright. He’d been a regular at our Java Jive residency in Auckland in the early 1990s and he now lived in Brisbane. He sang, played guitar, mandolin and banjo and was a regular at the Arana Leagues Club, where we soon had a semi-regular Sunday night acoustic gig, calling ourselves The Tallboys. 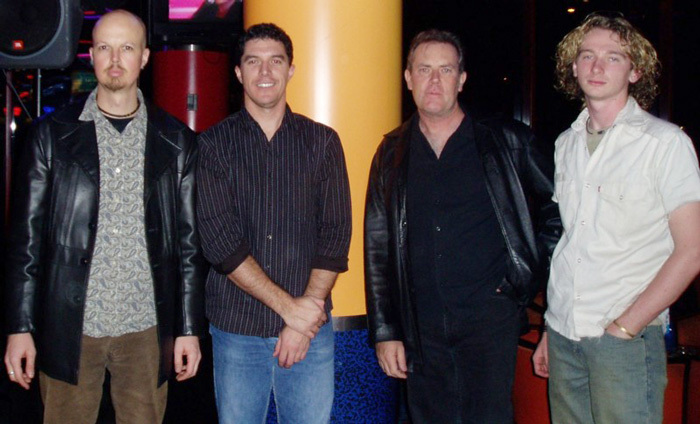 I’d been put in contact with a hot teenaged guitar picker called Michael Muchow who was keen to play some original music. And unbeknownst to each of us, my bass player from Napier in about 1990, Tamihana Johnston, had also made the move to Brisbane. He joined Geoff, Michael, drummer Billy Bakos and I to become the initial Tallboys band line-up.

This unit didn’t stay together long. Geoff and Tamihana moved on and ex-Sydney session bass guitarist Chris Haigh joined for a brief time. Michael was the constant, but even he was hard to pin down at times. It seemed the fickle nature of trying to make a living from music in Brisbane meant I struggled to hire the same line-up of musicians for consecutive gigs. Sound familiar?

We were trapped in club land. My own songs we’d initially worked up were giving way for the typical fodder that kept the RSL and leagues clubs punters happy. I can’t even bring myself to type the titles.

The good times were dragging Bill Chambers to New Zealand in 2003 and 2004 for songwriter tours with Ritchie Pickett and Chet O’Connell. Although it was the best way to get some co-writing time with Bill, I did notice an alarming deterioration in the wellbeing of one of my dearest mates, Ritchie.

I looked at other ways to express myself and decided to exercise my old newspaper reporter skills and write a book about one of New Zealand and Australia’s greatest songwriters, Paul Hewson.

With my songwriting creativity stifled in Brisbane, I looked at other ways to express myself and decided to exercise my old newspaper reporter skills and write a book about one of New Zealand and Australia’s greatest songwriters, Paul Hewson.

My first phone calls to Graham Brazier, John Dix, Paul Walker, Dave McArtney and Paul’s family in 2006 were met with great encouragement. After 18 months or so of interviews, research and writing, the general consensus of publishers was that they didn’t feel they could find a large enough audience. With no funds to pursue it independently the project was shelved.

When Michael Muchow left for the Central Coast in 2007 or so, The Tallboys folded and I was invited to join The Smokin’ Crawdads. Bandleader Mick Martin had filled in with The Tallboys and we had started writing songs together. For me the bonus was no more dealing with agents. They have the Brisbane scene tied up and until one of their favourite bands break up, you don’t move up to the next rung on the ladder. 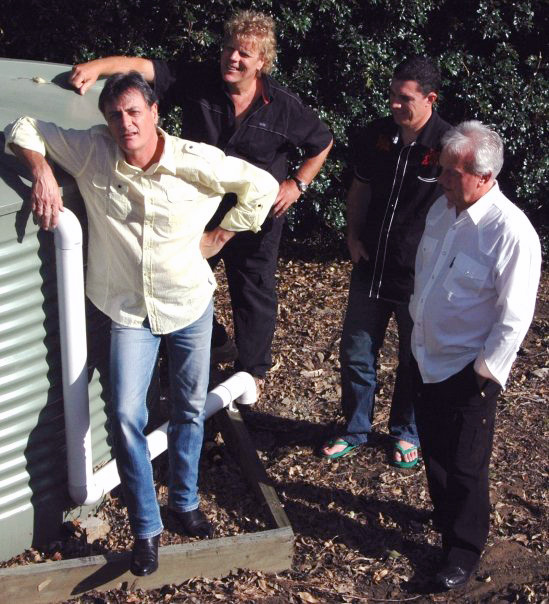 But the Crawdads were stuck in club land, too. And it seemed the fickle nature of trying to make a living from music in Brisbane meant Mick struggled to hire the same line-up of musicians for consecutive gigs.

We worked our arses off at the Tamworth festival in 2008, 2009 and 2010, the last time with a CD to promote. Mick and I had written a great bunch of songs but when it came to recording an album, the rest of the band decided they’d rather a covers album.

Called Straight To The Pool Room, it did win us 2010 Queensland Group or Duo of the Year at the inaugural Queensland Country Music Awards, but I’d lost interest and handed in my notice. I was bandless for the first time since I was about 16, treading water with the rare fill-in club gig.

I made tentative plans to record an album of the songs Mick and I had written plus songs I had hanging around since my last New Zealand album If That’s What You Want in 2001. The stumbling block was always the financial outlay. I was now a married father of three.

The heartbreaking death of my dear friend and hero Ritchie Pickett in March 2011 strengthened my resolve to concentrate on my own material. About a year later I took Brisbane pianist Randal Terrens to New Zealand for gigs with my old bandmates Chet O’Connell, Neil Hannan and Gordon Joll and finally realised a lifelong ambition to play the famous Cabana. When I lived in Napier the venue had been closed, but not before I’d seen Paul Kelly, The Warratahs, Herbs and Dave Dobbyn there.

The set lists were mostly culled from my previous three albums and songs I’d written since, and the rest of the band left the tour with the pie-in-the-sky declaration that “We should really record these songs.” When I learned I could cash in my 10-year long service leave at work I finally saw there was a way.

Early in 2013, we assembled at Neil Hannan’s SDL Studio in Mt Eden and put down the basic tracks with Rikki Morris engineering. I took a rough mix back to Australia for overdubs from session heavyweights Bill Chambers, Michel Rose, Doug Gallacher, Chris Hartley and New Zealand’s own Ben Gilgen, and recorded the vocals at Brendan Radford’s. Brendan also sang all the backing vocals.

When the months dragged between different sessions I decided to pick up the Paul Hewson project again, conducting more interviews. Thankfully I’d already managed to get contributions from Sonny Day, Beaver and Dave McArtney, who had all passed away since the initial work, and Peter Dawkins who died just months after we’d corresponded. The project saw fruition as five separate articles on AudioCulture in mid-2014.

The new album Superheroes & Scary Things also saw the light of day mid-2014, although I still haven’t worked out how to make inroads in the Australian market. It is selling in New Zealand and is also on iTunes.

I’m still doing the occasional covers gig and planning ways to get back for gigs in New Zealand. And with more long service leave due in 2017, who knows? There might be an album number five. In the meantime, “Do you fellas know ‘Brown Eyed Girl’?”