Explore Auckland nightlife in the 1980s with AudioCulture’s interactive venue map (below).

For each venue, we have provided an image and a “Read More” link to  further reading on either the venue or one of the musicians associated with it. Click on the location pin and it leads to further information. The map is best viewed full screen, if you are on a desktop computer.

As you can imagine, research and memories have been essential to compiling this map, and neither is reliable – especially when trying to recall late nights, decades past. So we would be glad to receive feedback from readers: email comments and suggestions to editor@audioculture.co.nz

In many ways the 1980s were the beginning of the music scene as we know it now. Licensing laws had sufficiently eased to the point where the main venues were now bars (rather than the cabarets and dancehalls of the 1960s). The Gluepot in Ponsonby was in its heyday, and at the top of the CBD was Mainstreet, where Radio With Pictures filmed a series of live performances that provided a nationwide platform for rising bands on the scene.

The Māori and Polynesian influence on local music was felt through clubs like Peppermill at the bottom of the CBD and Cleopatras in Panmure, where a new blend of funk, soul, and reggae was brewing. By the late-80s, the latest in electronic dance music reached the turntables of the clubs in town and created a new scene that was multi-racial and vibrant. From this point on, it becomes hard to conceive of a “venue” as just being a place where bands played and so the map below also includes clubs where DJs pushed the music culture of the city forward. 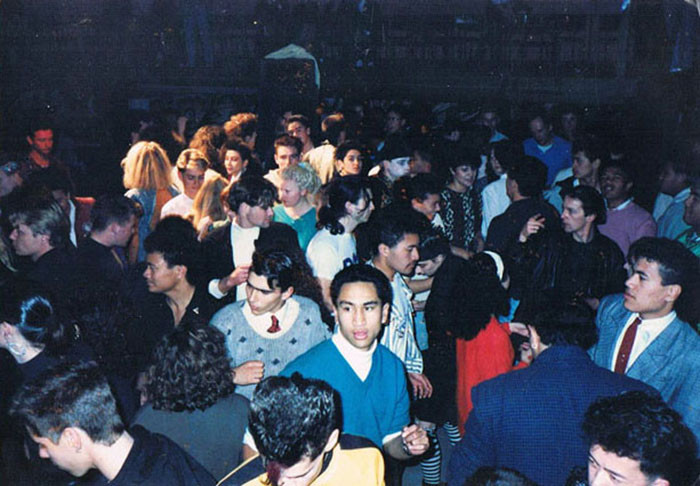 The Asylum nightclub, run by Simon Grigg and Tom Sampson on off-nights at the Galaxy, which Sampson managed for owner Phil Warren. - Photo by Ian Marriott

Most notable were the run of clubs opened by Peter Urlich and Mark Phillips: A Certain Bar, The Brat, Zanzibar, and Club Roma. The pair also ran Six Month Club, which saw the old world of Auckland nightlife make contact with the new – they hired Ace of Clubs from its owner who was long-time promoter Phil Warren, since the space was set to be demolished by the end of the year (hence the “six month” club). Warren also got Urlich and Phillips in to start rock club, The Galaxy, before bringing Tom Sampson in to replace them (in 1989, the same location became The Powerstation).

It wasn’t long before DJs such as Roger Perry became draw cards in themselves. Perry was first brought on board by promoter/DJ Simon Grigg and his partner Tom Sampson at Asylum in 1986. He stayed with them as they moved to The Playground and The Siren in 1989. These clubs champion the new sounds of house music and hip hop, while The Siren also helped kickstart the High Street scene that would gain pace in the decade that followed.

It’s also worth mentioning one of the oddities of the era. The actor Russell Crowe was a presence on the scene as singer (Russ le Roq) and promoter. He had his own spot called The Venue on Symonds Street (in the same location that would become SPAM), but he learnt the ropes as host alongside Tom Sharplin at King Creoles under the Civic. The drawcard for this venue was that it had the body of a car extending out over the dancefloor which acted as the club’s DJ booth (it remained there when the same spot later became Berlin). 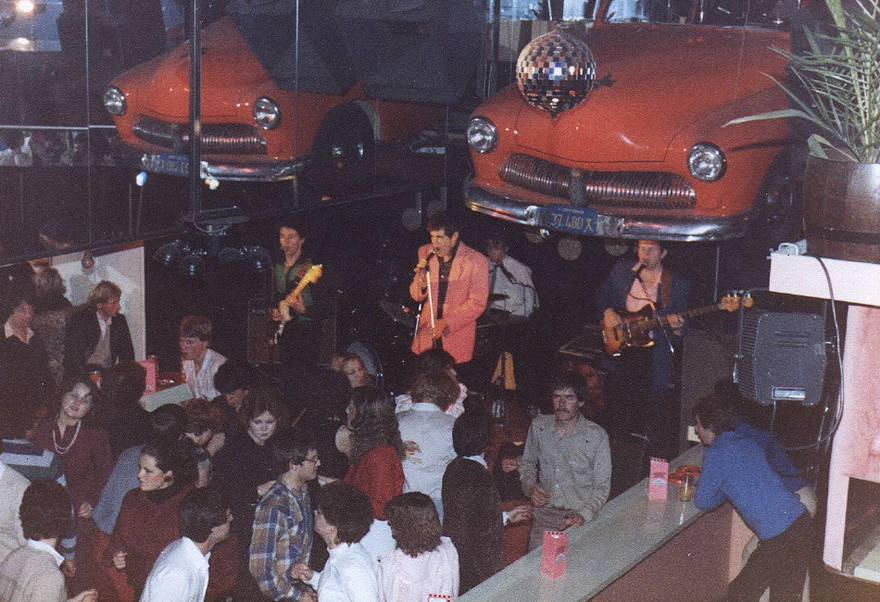 Across the city new forms of music were coming into their own – Herbs ignited the local reggae scene with their gigs at the Gluepot, Ardijah created a new form of Polynesian funk at Cleopatra’s and groundbreaking local hip hop act Upper Hutt Posse arrived in Auckland in 1989, performing at The Siren and dance parties around town. Older styles of music still survived too with popular blues and jazz nights at Alhambra and Java Jive in Ponsonby (the latter also had many country acts). Up until 1981, you could even still dance to Arthur Skelton’s big band (formed around 1949) playing at The Orange. All-in-all, it was quite a decade for catching live music, no matter what your tastes.