New Zealand music in the 1990s: let the airwaves flow

New Zealand music in the 1990s: let the airwaves flow

When I started at Apra, radio stations used to be on a roster – a week at a time, usually four weeks in a year, where they had to type out the names of the songs they had played and send that list to us. We would send those lists to head office, and they would use them to analyse which songs would receive royalties from the licensing fees paid by radio. Radio hated this. Sitting down and typing out seven days’ worth of songs, line by line, tap by tap. Insane. They knew which songs needed to be reported, because they all used a software program called Selector, which scheduled the broadcasting of the songs. 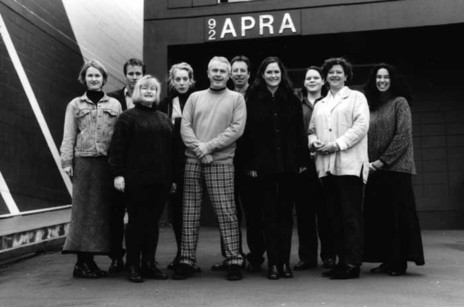 One day I got a phone call from Gus Jansen, the IT boss at head office. He advised me that Selector had a flag on it called “Selector Report”, which no one in radio-land seemed to have noticed. Gus had. He said to me, “It’s a report that lists all the songs that have been played, who sang them and who wrote them, and you can program the start and end dates of that report. Can you contact a major radio person and ask them if they would be prepared to run those reports onto floppy disks and send them to us? Let’s ask for one each quarter. Four times a year. If they can or will, then I can write a program to read them and we can pay out for every song a station plays.” A thought went through my mind: “Happy members.”

ANALYSIS OF
RADIO PLAYLISTS IN THE EARLY 1990S FOUND THAT ONLY 2.9% OF SONGS PLAYED WERE BY NZ ARTISTS.

“Larry – Chunn here. I have a question.” And I asked him if he would be prepared to run the Selector report every quarter onto a floppy disk and send it to me for forwarding to Sydney, thus ensuring that every song his stations broadcast shared in royalties. I rang Larry Summerville about 10 minutes later. Larry was GM or ED – certainly boss – of a bunch of radio stations in Auckland.

And so it came to be that, within a few months, radio station fees were going out for every song they played.

Now, Arthur Baysting, who you should remember was a co-writer of The Crocodiles song ‘Tears’, said to me one day, “If these floppy disk reports of all songs played on New Zealand radio come to us, we could ask head office, as they analyse them, to report to us what percentage of the songs are New Zealand songs.” Brilliant, Arthur.

Not long afterwards, Gus sent me an internal communication. (Still no internet! But better than a telex.) On it was stated the percentage of songs played on New Zealand commercial radio that were written by New Zealand Apra members.

That is – for every 100 songs played on New Zealand’s commercial radio stations, fewer than three were by New Zealand songwriters.

Arthur pondered. I frowned. We concluded. Then he rang me and told me what he thought should happen.

1. Government should establish a Youth Radio Network – a young person’s Radio New Zealand National, which would play contemporary local music amid a broader playlist. The idea was modelled on Australia’s Triple J, which placed an emphasis on playing local tracks. It would be an outlet for young New Zealand artists to be heard.

2. Quotas should be established for New Zealand music on commercial radio, similar to what places such as Ireland, France and Canada already had for local music.

Arthur came into the office the next day. He was older than me, which meant he was wiser. His clear vision of a New Zealand where we celebrated who we are was addictive. He was also a cool songwriter. He had made the most of the 70s with Red Mole and other experimental adventurers, then spent the 80s writing songs with the likes of Fane Flaws and Peter Dasent (both Crocodiles), all the while with an eye over his shoulder for some way to convince politicians that even if they didn’t understand the power of words and music they could do something about it. Or at least talk about it.

In 1993 he gave an address, saying: “This is the cultural battle … to provide a national voice for young people and genuine access to the radio waves for New Zealand songwriters and musicians. One way or another, it’s up to the politicians.”

Arthur was determined to make this happen. In 1995 he instigated an Apra-hosted Youth Radio Conference in Wellington. It was focused on the need for a national voice for young New Zealanders and a drive to get more New Zealand songs on commercial radio. Among those attending were the Commissioner for Children, Laurie O’Reilly, representatives from RIANZ (Recording Industry Association of New Zealand) and major record companies, Labour politicians (at this time in Opposition) and students from Wellington secondary schools. Sharon Crosbie, then CEO of Radio New Zealand, was invited but couldn’t make it.

Notably, there were two commercial-radio big-wigs there – Josh Easby and Gerard Murray, from the Prospect group of radio stations in Auckland, which included Hauraki and Radio i (among others). There was a fervour in radio-land, as the industry was being deregulated and digital explorations were allowing stations to start networking and delivering nationwide programming. Very cool. And there was no government interference as to what was broadcast.

Easby sat listening to Baysting talk about the “cultural battle”. When the Apra figure of less than three per cent New Zealand music on commercial radio was announced, Easby turned to his general manager, Murray, and asked, “Why are the New Zealand figures so low?”

On returning to Auckland, Easby called together a group of music industry personnel, including representatives from RIANZ, Apra, NZ On Air, student radio and record companies. I was there. It was the first time ever that a group from those various environments had sat together. We called it the Kiwi Music Action Group (KMAG), and our stated goal was to work towards getting more New Zealand music on commercial radio. Easby also proposed holding a summit at which programme directors and industry folk could discuss constructive and creative ways to get more local tunes on the dial.

That year Apra calculated the content of local music on commercial radio at less than two per cent. Something had to change. 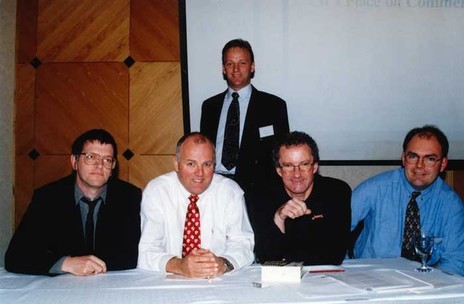 August 1996 saw the first of those programme/music directors’ summits that Josh Easby had suggested. It brought together radio, recording and music industry representatives, and plans were made to put together a “New Zealand Music Week” where radio stations spent one week in May concentrating on playing New Zealand records. Those of us in KMAG would drive it.

New Zealand’s first-ever Music Week was to commence on Anzac Day 1997. This tied in with the radio industry conference for that year, at which fresh New Zealand talent would be showcased. How did that come about? In early 1997, some of the top brass from the Radio Broadcasters Association (RBA) came to see me, to ask if APRA would host a showcase of new New Zealand music talent as part of their conference. I saw this as an opportunity to get New Zealand music right in front of radio programmers, so I suggested to Brendan Smyth at NZ On Air, who was part of KMAG, that we co-manage the showcase.

By this time young Debbie Little had come on board at APRA, and she made things happen. (Still does – we’ve been working together 22 years now.) This showcase was held on the first weekend of May at the RBA conference. The talent included The Feelers, three young men from Christchurch who played a song called ‘Venus’. We all know what happened to that song once radio got their hands on it.

With the success of Music Week and the new talent showcase, things started to happen, albeit still behind the scenes. With the departure of Josh Easby, Mike Regal, an old hand at radio, took over running KMAG. His inside knowledge of the radio industry proved very useful.

It became clear that radio was all about getting advertising. And the ratings each station secured were of prime importance, because advertising agencies took note of those ratings. To have a listener switch stations on them – that was failure. That was despair. So the tendency was to play records that were already hits overseas. They’d already been proven.

Josh Easby had known that this was irresponsible. Radio programmers had the nous to know whether a New Zealand record was any good. Just listen to it a few times. Every single day people around the world hear a new song and decide whether they like it or not. The entire history of rock’n’roll is based on that premise. Why couldn’t a radio programmer do the same thing? Easby had thought, “Programmers should just knuckle down and take note of which New Zealand records are good!” He and I did talk about making programmers aware of the release of New Zealand records in a more efficient manner, and Mike Regal was thinking the same thing. 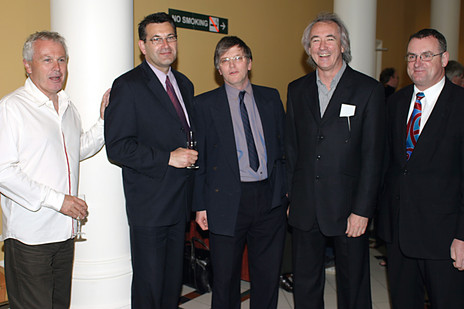 After one KMAG meeting, Mike took Brendan Smyth aside. Brendan had instigated the NZ On Air hit-disc programme, where CD compilations of newly released New Zealand singles were sent to every radio station in the country. It was a clever initiative in that it took a bunch of new music recordings to radio programmers on an equal basis. Every track had the same chance of being assessed. Regal said to Smyth, “Brendan, your hit discs arrive on a music programmer’s desk, where they sit for a week gradually getting buried and then they slip off into the rubbish bin. What you need are pluggers.”

“Pluggers” is industry lingo for people hired by record companies to go in and badger radio people to play their latest records: promo people like Bridget de Launay. Smyth got the message, and from then on NZ On Air had pluggers going in to radio stations making sure that the hit discs were not only kept out of rubbish bins but were heard! It made a real difference. Eventually. It was a gradual process, but it was effective, and in a slow, methodical fashion the percentage of New Zealand songs on commercial radio started increasing. A new, emerging breed of music programmers stood out. Yes, they believed that great New Zealand songs should shine and be heard, but they also deserved credit for their own grit and determination. That current of change created a cool domino effect. Radio in general started to believe that New Zealand songs and recordings needed the chance.

At Apra, we were in the perfect position to witness this evolution. We got computer logs listing every song that radio played. We could see the change. The turning season was in our favour.

The anticipation in the Apra community was tangible. It was in their eyes. At the 1997 Apra Silver Scroll Awards function, a buoyancy filled the room. There was a clarity and a coolness and light, and the hundreds of songwriters present sensed that vision and purpose of what was in essence Arthur Baysting’s vision. He knew that the answer to a transformed nation of respect, celebration and reward for New Zealand songs and their writers was all about people. He knew it wasn’t about formal campaigns, rigid proposals and taking to the fourth estate with proclamations. And there at the Silver Scroll function in 1997, everyone knew it when Arthur spoke from the stage. His army coalesced. His words were uplifting. The change was under way. 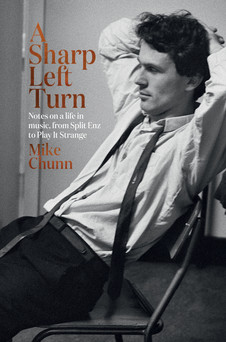