First sighting of Mark Williams on the telly

Mark Williams ‘Yesterday Was Just the Beginning of my Life’, 1975 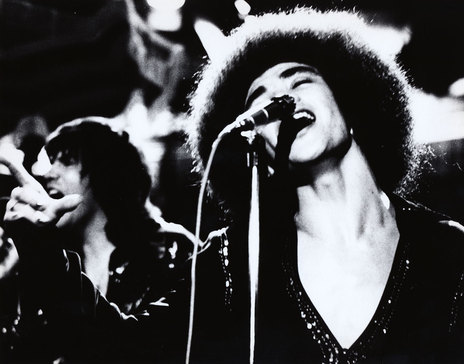 Sitting on the floor, watching telly in the lounge at Nana and Pop’s place, when on comes Mark Williams singing ‘Yesterday Was Just the Beginning of my Life’. He’s all satin trousers, unbuttoned shirt, afro, eyeliner and what on earth is he doing with his bum? There’s a pregnant silence behind me then dear old Pop blurts the time-honoured line: “Is it a boy or a girl?” Possibly the only time I ever heard him comment on music. Now, I may have been in short pants and a football nerd, but I knew such disapproval meant he was cool. Just a pity I danced like a … well, I just didn’t dance. 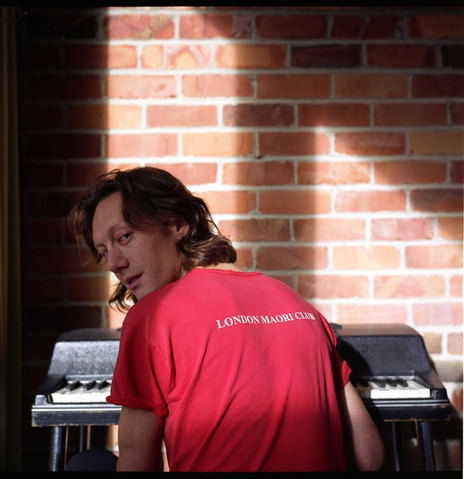 For my money this was Nathan Haines at the height of his powers. I think it was 2010 with a funkmonster of a band featuring Vanessa Freeman, Mike Patto, Miguel Fuentes et al. Just jawdropping, sophisticated, bust-a-move grooves all night long. For whatever reason, I still don’t think he gets his dues. But the man is a musical treasure and I hope some heights remain to be scaled.

Launch of Heed the Call LP 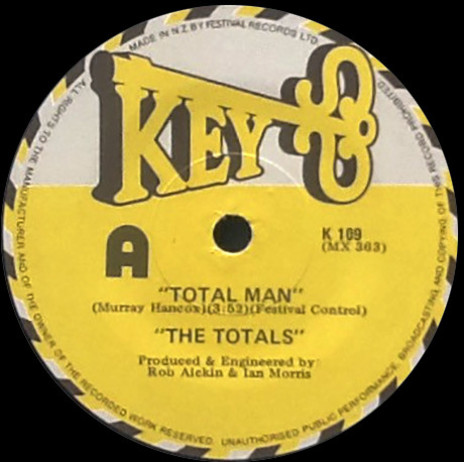 This was just special. It was at the Golden Dawn, nothing major was planned, just me and John Baker playing the [Heed the Call] album from start to finish along with a few tracks that had come close to the cut. What lifted everything was having some of the musicians who’d recorded those great tracks there with their families – many had never seen dad or whoever play and had no idea of their history. Playing The Totals’ ‘Total Man’ as they sang along and their families beamed … we were proud as punch for them. 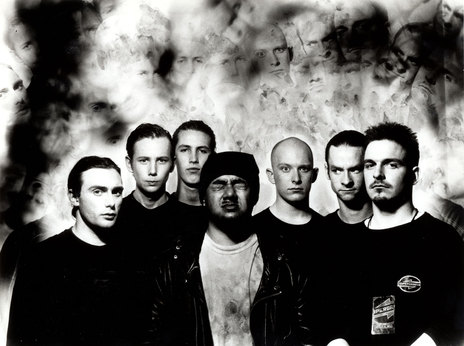 Now I wasn’t a great Supergroove fan and turned up more out of curiosity than anything else, but the bedlam inside that place was something to behold. It was one of those right place, right time moments and the joy was contagious, the sweat was flowing, Che Fu’s star quality was unavoidable. I don’t think I’ve ever heard a Powerstation crowd more off its head. I didn’t need to see them again. 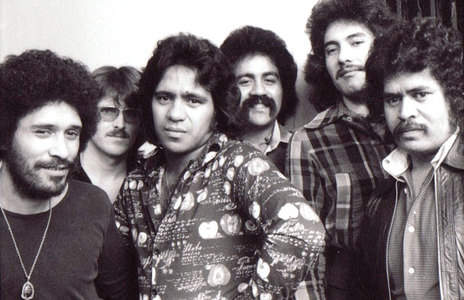 It had been an absolute privilege to speak with so many Heed the Call artists while researching the liner notes, but the chance to sit down and talk to Ali and Hirra Morgan (and whānau) from Collision before their appearance at The Others Way was special. Such lovely blokes, if somewhat puzzled by their eminence among New Zealand vinyl collectors – they don’t even own copies of their album or turntables to play them on. Their reaction to being handed copies of the compilation was humbling. 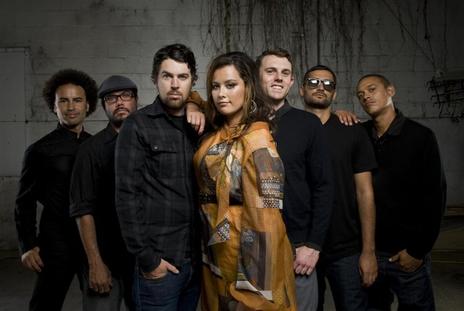 Keb Darge is a legend for 45 junkies, so I leapt at the chance to see him spin at (now demolished; asshats) Madame Jojo’s in London’s Soho. Such a great venue, it was a multi-level, former strip club  – and the Red Stripe guzzling punters were there for dancing. So yeah, it was funk funk funk before a rather familiar horn intro kicked in: Opensouls, ‘Turn It Up’. Keb talked all over the opening bars telling everyone how great this band was, how unlikely that it was from Nu Zild, and how everyone should get down. And they did. Nice one. 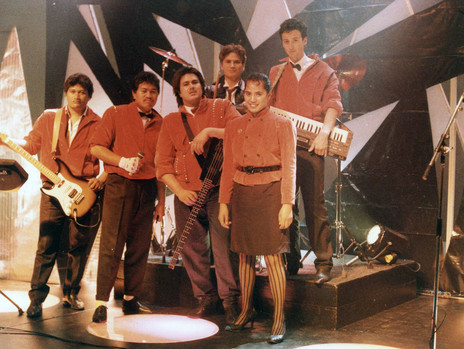 Being a Mangere boy in the 70s and 80s, Ardijah were legends. I still felt star struck when I spent time with them for some NZ Herald yarns, so it was cool to be able to introduce Ryan to my brother at the opening of the Volume exhibition at the Auckland Museum. After a few drinks we went for a wander to check stuff out and found the zone where you could have a little play. I was a shit drummer, my brother is a better guitarist, but we jammed along as Ryan slapped seven shades of Hades out of the bass. You shoulda been there, we rocked. 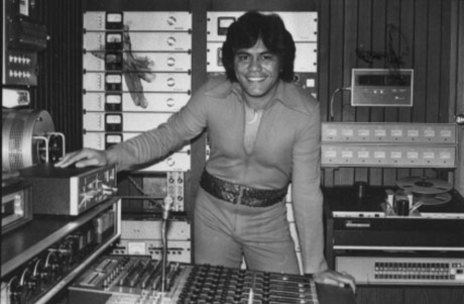 Before it became a strip club (is this a theme?) the Theosophical Hall on Queen St, Auckland, was an occasional venue and for mine, this remains one of my favourite local gigs of all time. What would you say, lounge funk? Anyway, they were playing New Zealand classics (‘E Ipo’!) long before it was cool, and Chris Anderton was always cool. Toss in THE Bunny Walters and THE Roy Phillips and you ended up with plain joy and much getting down from start to finish. 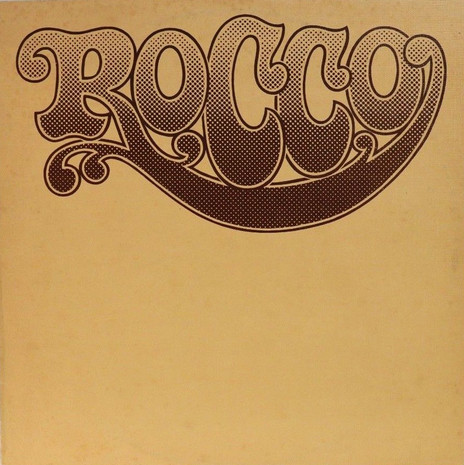 Okay, a boring digging story, but too bad, it’s my top 10. So, I was flipping through acres of crappy records with hangover-impaired enthusiasm, and was all but giving up. Oh bugger it, one last box. A small stack of 45s was sitting on top and I lazily flicked through them as I considered where they could be tossed. I’d turned a couple, barely bothering to focus, when a strangely familiar yellow label came up. As I say, I was knackered, so I’m staring at this record as my brain glacially registers the words Johnny Rocco Band. I woke up fast: it features Leo de Castro, possibly the greatest singer this country let slip through our fingers. It’s a single you just don’t see in the wild on this side of the Tasman. There’s a lesson in this for all of us, if only I could figure out what it was.

Ah, the Turnaround. For mine it remains our best club night out. Musically, everything and anything went and the crowd was always up for it. This was during their Montecristo Room era and they were getting all multi-media on it with art, records (always records) and live music. On this night they had Electric Wire Hustle, and good goddamn you were a brave DJ to follow that set. Okay, my memory’s a little hazy, but it really felt like a coming of age for local groove. Like it could come from nowhere else.

Alan Perrott wrote the liner notes, and co-compiled with John Baker, the compilation Heed the Call! Whakarongo, Nga Tamariki! 17 Prime Soul, Funk and Disco Cuts from Aotearoa 1973 to 1983 (Vostok, 2017). He is a highly skilled and in-demand DJ with a penchant for funk, lounge and exotica.