In July 1969, The Fourmyula were returning from the UK after their first visit, when drummer Chris Parry wrote this letter from Fremantle in Western Australia, where the ship, Castel Felice, was in port en route to New Zealand. The recipient was Wellington broadcaster Keith Richardson, a strong supporter of the band and an important figure in the local scene. This comes to AudioCulture courtesy of Keith's son, Kent.

Full of fascinating trivia, it also emphasises what a massive distance the UK was from New Zealand, both physically and socially, in those pre-internet and easy jet-travel days. 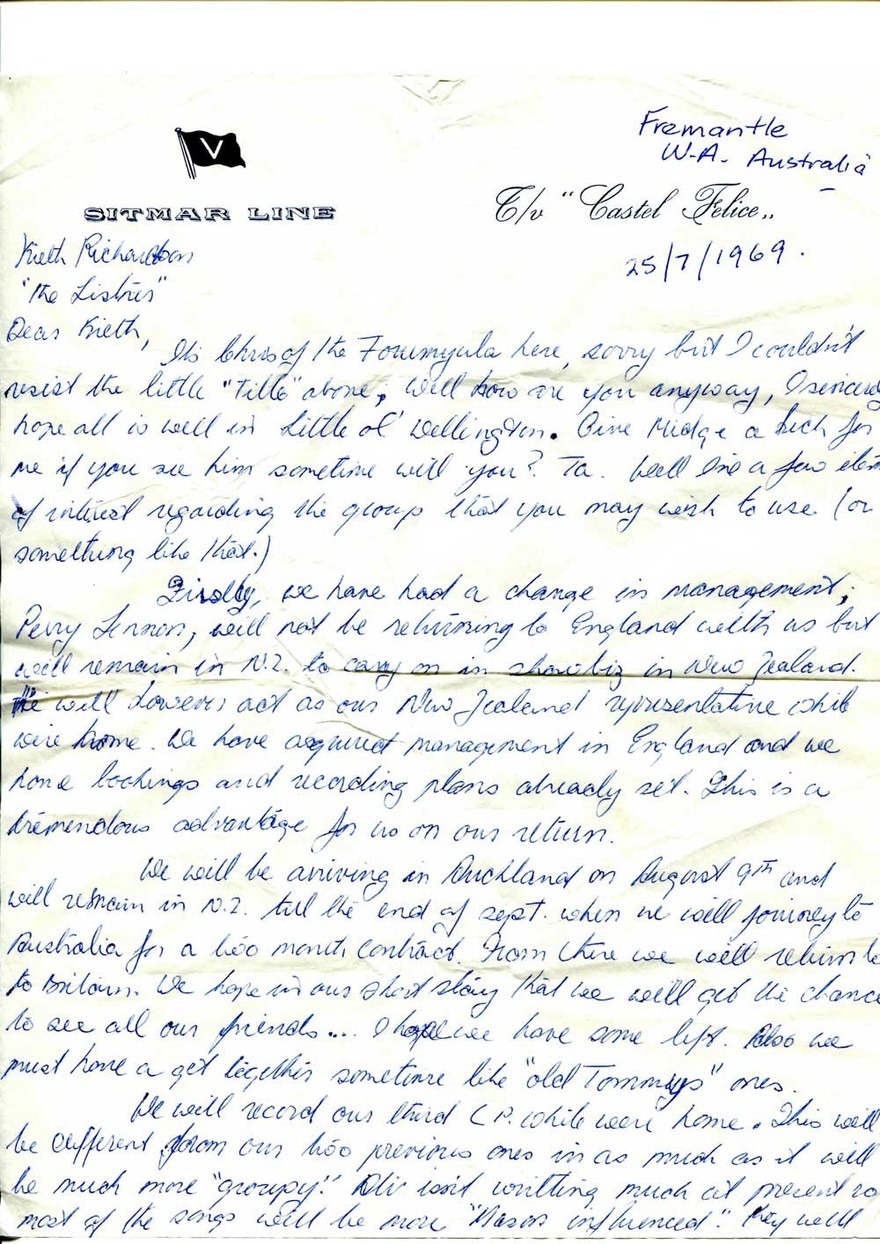 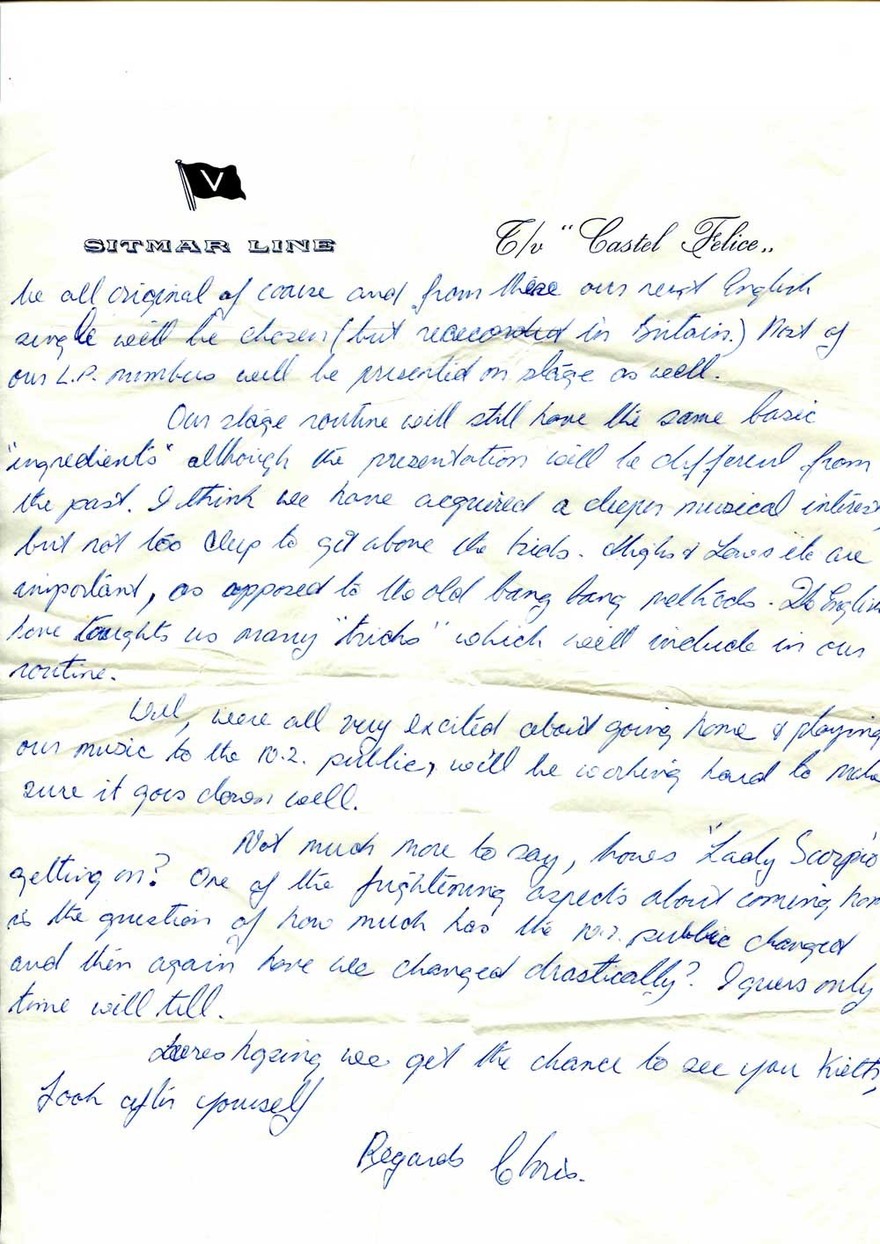 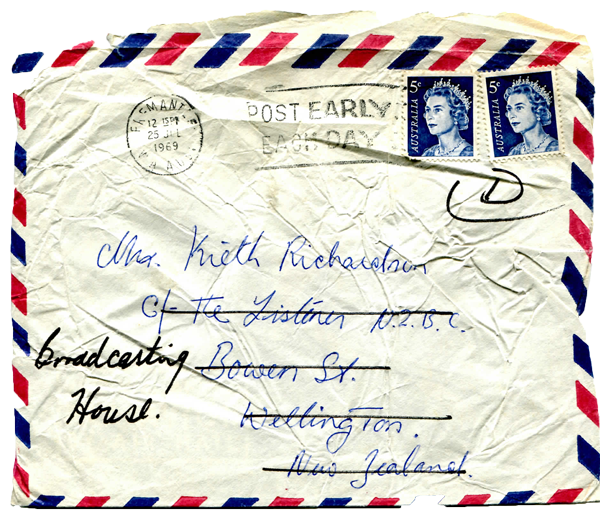