May 2017 marks 25 years since Shortland Street first appeared on New Zealand television. Music has always been in the mix at New Zealand's iconic, long-running hospital soap opera, and after an early period when founding Australian production partner Grundy controversially chose foreign tunes, the music has been homegrown.

These days, the show's producer, South Pacific Pictures, even issues lists of the major characters' New Zealand music picks each New Zealand Music Month. And although most of the music used simply plays in the background on characters' stereos and the like, sometimes the music is all wrapped up in the action. We've compiled some of the Street's most memorable musical moments for you.

Although his tastes have mellowed a little in recent years (he leans more towards Trip To The Moon these days), Dr Chris Warner has never lost his love of the music made in Dunedin while he was a medical student. So for his lucky (erm) fourth wedding, who better as the band than The Chills? What a lovely surprise. 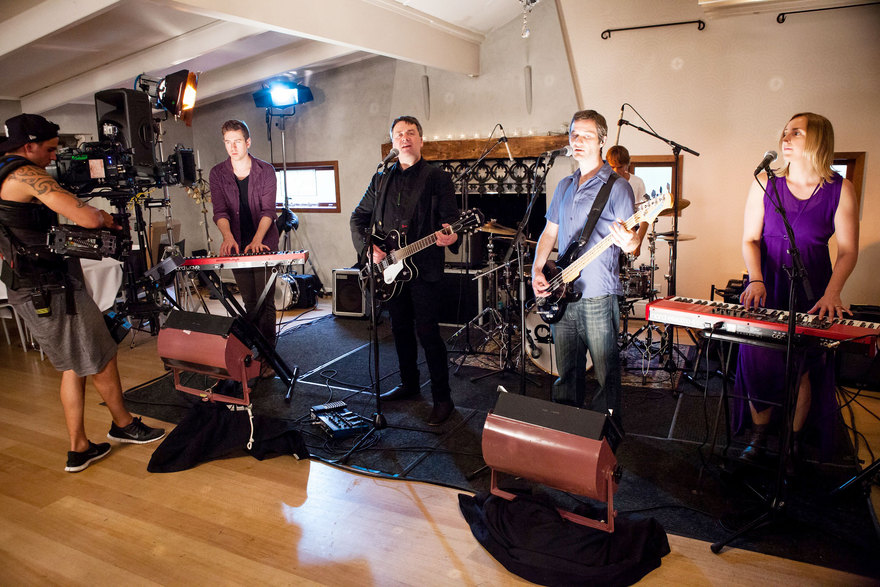 It's not the first time The Chills have come up for Chris. There was that time the troubled Tash Heremia broke Chris's heart by smashing his signed Chills CD, which was nearly as bad as when she falsely accused him of abusing her.

In happier days, Chris was plainly overjoyed to have scored a vinyl copy of the Brave Words album at a record fair. How many other Shorty characters ever go to record fairs? None. That's why Chris is special. 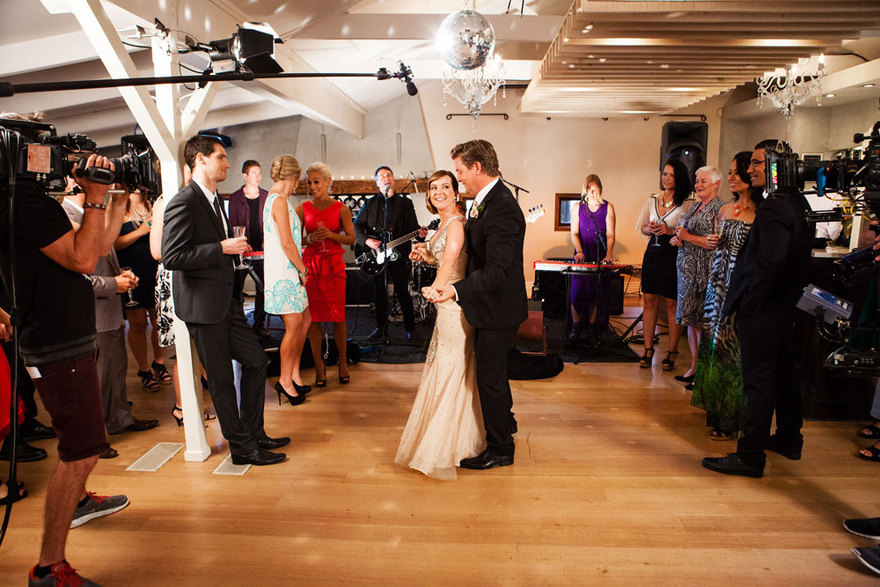 But the prize for the most striking use of The Chills' music on Shortland Street goes not to Chris Warner, but to his evil "brother" Dominic. For it was he who killed the too-curious Avril by drowning her in the bath to the strains of 'Pink Frost', musing "I love this song!" as he pushed her head under the bubbles. It was Shortland Street's Blue Velvet moment, no less. 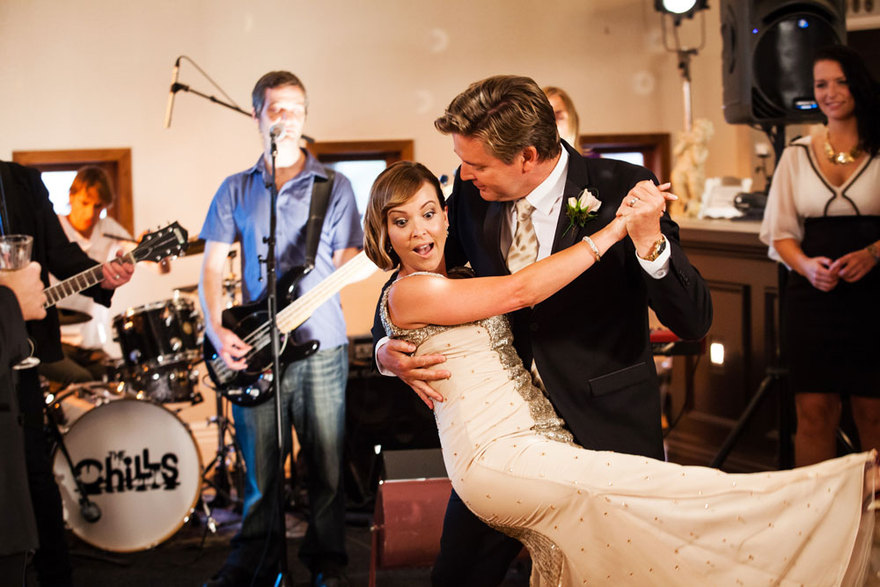 Well, if you were Fergus Kearney and you were going to burn down your father's house, you'd choose Shihad's most gnarly record, right? 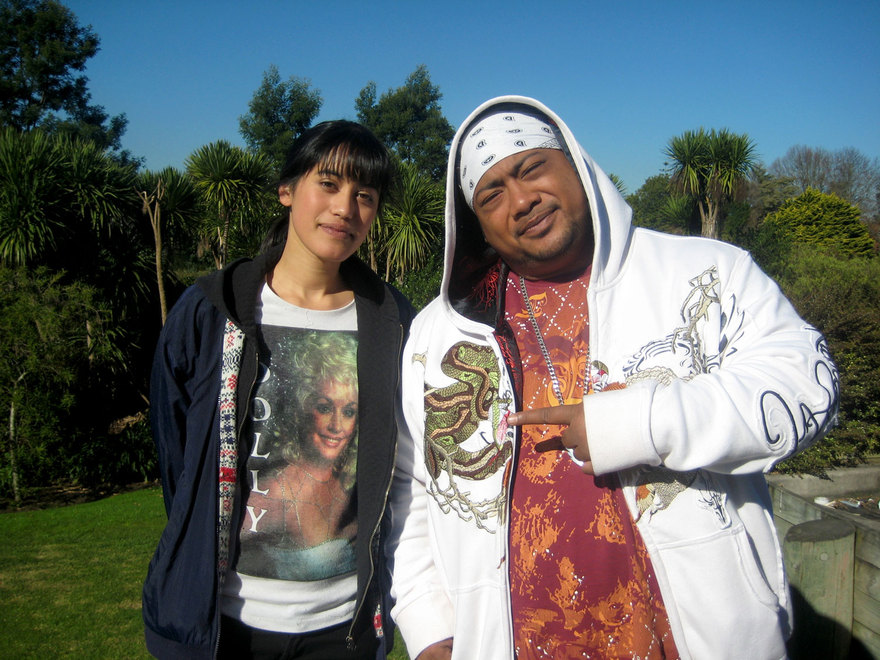 "Savage ep Block 860, ep 4300 – August 2009: Nurse Aroha Reed had a beautiful voice and harboured a secret dream of becoming a professional singer. Aroha was frustrated when she discovered that Maia had assigned a celebrity patient to another nurse, believing that Maia was deliberately punishing her for her lack of work ethic. The celebrity turned out to be none other than legendary New Zealand hip hop artist, Savage. Behind Maia’s back Aroha rearranged the schedule so that she could nurse Savage and do some networking."

Unfortunately, the nature of Savage's ailment is not recorded, but we have no doubt he was illin'. 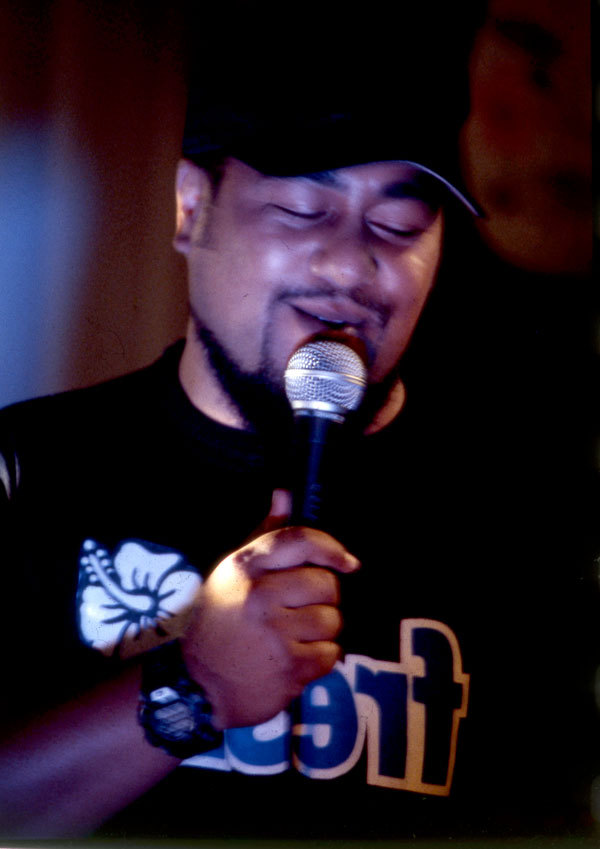 Sure, lots of singers say they're "doing it for the kids", but how many have played themselves doing an Easter (1999) concert for a bunch of kids at the hospital? Not many, if any. 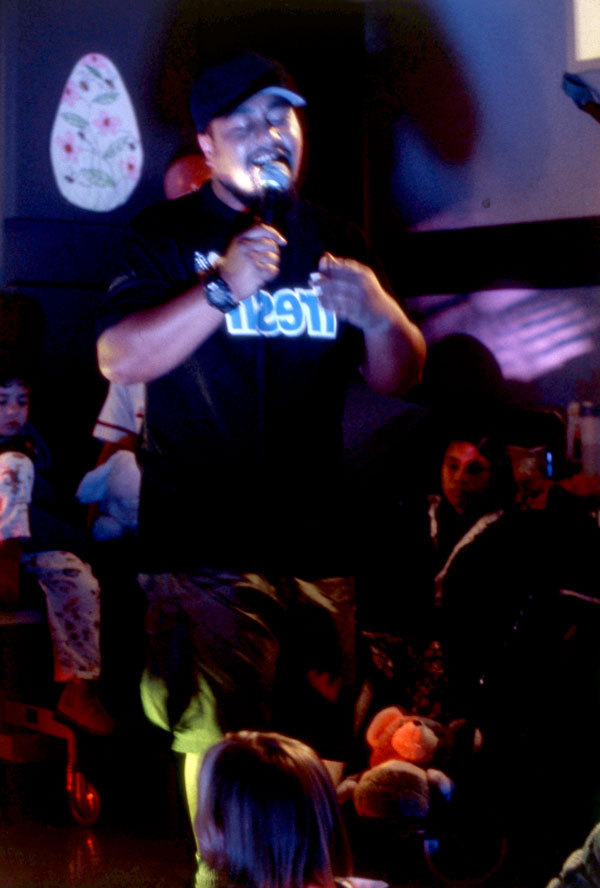 The legendary Chris Knox appeared as himself in his role as a film critic in 1998. He came along to the premiere of Nick's short film – but the film was accidentally switched with an aversion therapy tape of Nick farting in the bath! Well! Haven't we all been there?

Amanda Billing’s (AKA Dr Sarah Potts) surprisingly good torch version of the Buzzcocks' 'Ever Fallen in Love' was recorded for a season promo, but it wound up being released and made No.24 on the Singles Chart.

There has been more than one methamphetamine lab in Shortland Street over the years, and as you'd expect, they've ended in tears if not explosions. But how good was Straitjacket Fits' 'She Speeds' as an accompaniment to the police raid on the one in 2006? We should also note that Marshall Heywood, whose home speed cookery blew up way back around 2001, was played by the singer in Rubicon, Paul Reid. 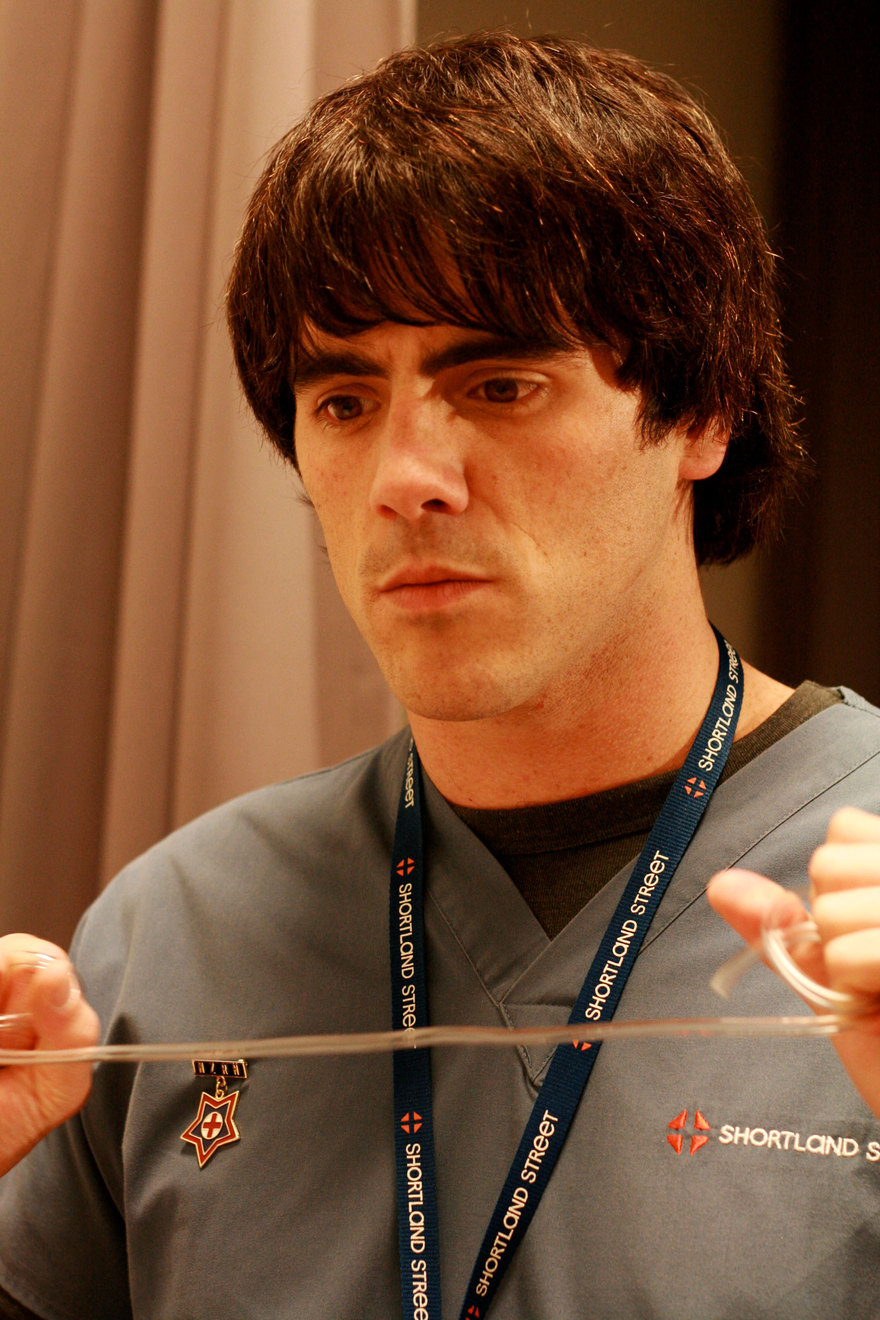 Joey, the serial killer as played by Johnny Barker

When characters are developed for a soap, they go into a "bible" that's the definitive word on what they're like and what they like. And for Joey, the Street's only psychopathic serial killer (there have been other psychopathic killers, but none with Joey's work ethic), the music of choice was … Bailterspace. Before we even knew the killer was Joey, we saw him drive around stalking people and listening to Bailterspace's album Solar.3 – in particular 'Locher' and 'Strand'. As you do.

Johnny Barker, the actually-very-nice-in-real-life actor who played Joey, has his own musical past, as the lead singer of the band Jester, whose totally soppy 'Fries With That' was used in the show Being Eve.

So it's Christmas 2013 and Chris is leading a sunset sing-along of The Mutton Birds' 'Anchor Me' at the family bach. It's a beautiful thing. And then THE BACH EXPLODES.

10. The Katene Sisters 'Keeping Up the Love Thing' 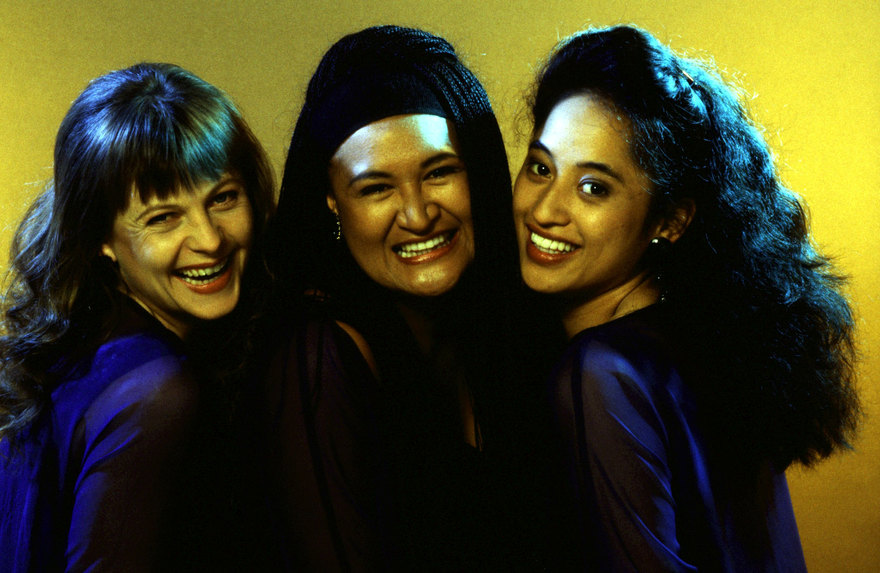 Nurse Jackie Manu (Nancy Brunning), it transpires, was formerly part of a singing group called The Katene Sisters. They reunite for a talent contest at Kennedy’s bar, ready to reprise their hit song 'Keeping Up the Love Thing'.We'll let ace pop blogger Robyn Gallagher take over the story:

"One of the cousins was played by Annie Crummer, the other by an actress whose name is forgotten to the mists of time. But this sister wasn’t important, as the plot required her to get ill and drop out of the talent contest, with nurse Carrie Burton (Lisa Crittenden) stepping in as a last-minute Katene."

They didn't win the quest, but the single (which was accompanied by a video) went to No.3 in the charts and, as Robyn notes, although there have been other Shortland Street pop spin-offs "nothing has quite had the joy and energy of the Katene Sisters."

11. The Verlaines 'Death and the Maiden'

This one goes way, way back. We're struggling to remember all the details, and anyone who might have helped us has forgotten, gone mad or is dead. But … Chris and Guy, trying to relive their youth, go to the pub to see The Verlaines play and emerge drunkenly (and badly) singing "VERLAINE, VERLAINE, VERLAINE! VERLAINE!" Awwww …