Ray Columbus and the Rolling Stones

Ray Columbus and the Rolling Stones

Ray Columbus loved telling stories, and none more than the time his band the Invaders supported the Rolling Stones on their Australasian tour in 1965. Behind the scenes there was a little argy bargy, when Columbus suggested that his band share the stage gear of the lead act: it would save time and sound better. This version of the story dates from 2006:

“And Keith Richards came back and said, nah not fucking interested. We'll play with our gear, you play with your gear. I said okay, no sweat. And during the first show Keith blew his amp. And [promoter] Harry Miller comes to me and says, Ah for the second show tonight, Keith needs to borrow Wally Scott's amp. And I said, Really? I think he better come and beg. I mean, I was 21. I said, He better come and beg. He better come and get down on bended knee to Wally. Because I know what Wally would tell me if I asked him. He'd say, fuck off. 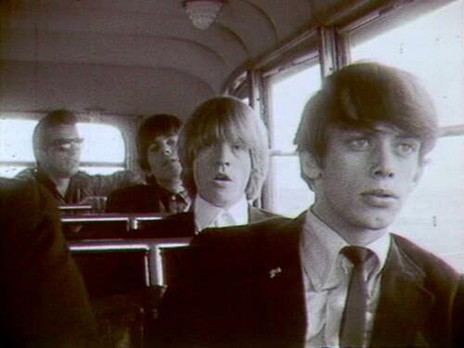 “Look, look Ray, he needs ... and I said, I don't tell my band. I ask them what they're going to do musically, that's how I'm their leader. I don't boss them around with their personal equipment. He wants his gear, he's gonna have to ask Wally. I won't.

“So Keith almost had to get down on bended knee. In those days you couldn't get the gear. Fender Twin amps with valves in those days were phenomenal. We had overseas funds so we could get them. We played the enlisted men's club. We arranged to get American dollars. When we got New Zealand dollars, we’d take ’em to the American boys and say have you got any US dollars we can trade. It was at a par, anyway. It was the only way you could import anything in those days.

“I was close to Brian. He just sought me out. We just got on. We were both pompadours, really. We liked the clothes and the fashions and hair. And music, we were interested in similar things. He just attached himself to me in a lot of ways, Brian did, and he was a really flawed human being. He was already in trouble then, he'd often call up – we'd been on the road like two days, and I'd get a phone call. He was right next door in the hotel. And he says, Brian 'ere, whatchu doin'? Just got up, really. Feel like a glass of bubbles? Oh, okay. Never even had one before, really, real champagne. I'd had Marque Vue I think.

“So I walk in and he's in the bubble bath, with champagne, and there’s about one or two of the roadies, one or two girls, no one else from the band, and I. And we're all sitting there at 11 in the morning, while he's having his bubble bath, and we're having bubbles. And that sort of became a fairly regular thing.

“He'd already made himself on the outer. Because as far as he was concerned, Mick took his band. Andrew Loog Oldham the manager – who wasn't much older, he was only about two years older than Brian, the eldest. Brian was the same as me, born in the year of the Horse, 1942, though slightly earlier than me. It was funny because he was such a nice guy, but he was a very fragile human being. Except for the morning bubbles-in-the-bath stuff, the only time that I saw him drinking otherwise was when we would go out. Harry Miller took us to Le Normandie in Wellington – he always took us to a nice place, on a Sunday, the night off – so he took us out probably about four times during the tour. Brian would order every cocktail on the menu. And have them all stacked up in front of him. And then they'd bring the wine out. And he'd be really plastered by the time the night was over.

“So he was into excess. I never saw any other evidence of anything else. Never offered me anything else, we just got on extremely well, we had an interest in the same sort of music, the same sort of clothes. And Bill Wyman was the other guy. Our connection – besides the fact that we were both little runts – our interest was clothes. In fact by the time the tour was over, he went home with a couple of my shirts, and I had a couple of his.”

Columbus recalled that during the tour’s shows, the Stones were not known for checking out the other bands on the bill. “But every night there they would be, watching us from side of stage, especially Bill Wyman, who would be watching Billy Kristian as he regarded him very highly – to the point of gifting his Vox prototype tear drop bass to him. Dave Russell and Keith Richards were both ultimate riff men and Keith would be there most nights checking out Dave’s unusual style.”

The Invaders also built up a good relationship with Roy Orbison on the tour, and even recorded a track called 'Orbie Lee' which was about Roy's father Orbie who was the roadie on the tour.

At the Christchurch and Invercargill shows, Columbus and The Invaders received equal amounts of screaming as the top-billed act: they were on their home patch. In Invercargill, The Invaders received all the applause. The city took a distinct dislike to The Rolling Stones. Eggs, pies and tomatoes were thrown at the Stones on stage, to which the group responded by cutting short both of their sets. It was always going to be rough going in Invercargill for the Stones; after all, Wally and Jimmy were local boys. Perhaps that explains why Keith Richards famously described the city as “the arsehole of the world”.