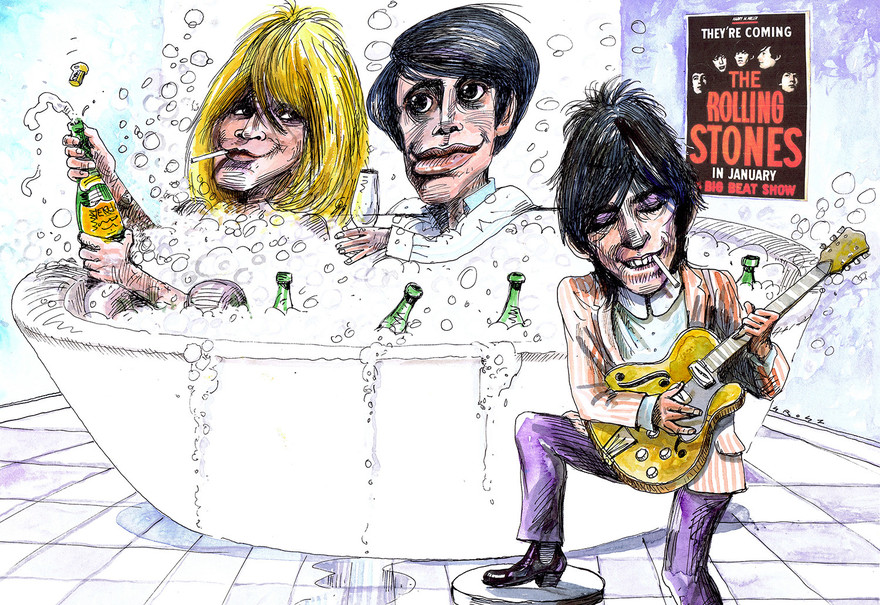 They were the odd couple who quickly became close friends.

Ray Columbus described himself as Mr Clean: he drank a little, but never did drugs or took advantage of groupies. Brian Jones did all three, extravagantly.

They met in 1965, when the Invaders supported – or, Ray would say, toured with – the Rolling Stones in New Zealand and Australia.

What they had in common was clothes. Brian was the fashionista wearing large hats trimmed with ostrich feathers, houndstooth trousers, and corduroy shoes. Ray was a mod, buying gear from Marty Johnston’s Auckland boutique, long before he became Mr Asia. Cuban-heeled boots, high-cut collarless blazers, high-collar shirts with tabs.

They were also on the outer within their own bands. Ray managed the Invaders, fussing over the details, arguing with promoters, getting the others out of bed. Brian founded the Stones, but Mick and Keith’s takeover bid was almost complete.

Ray “got on famously with Brian,” he recalled. Two days into the tour, he gets a 9.30am phone call at their Melbourne hotel. “Brian here. Whatchu doin’?” Just getting up, actually. “Feel like some bubbles?”

Ray walks along the hall to Brian’s room. The door is ajar, so he walks in; there’s laughter coming from the bathroom so he enters. Brian’s having a bubble bath, drinking pink Champagne. Drinking with him, though not bathing, are some roadies and young women. Ray says, yes please: he’d never had real Champagne before.

The bathing with bubbles becomes a regular occurrence. And Ray starts to worry about his friend, the exiled pompadour. On nights off, when promoter Harry M Miller takes the entourage out to the classiest joint in town, Brian orders every cocktail on the menu, wine too, and proceeds to drink the lot. “He gets happier as the night goes on because he’s drinking himself into another state.”

Ray and Brian were both born in 1942, “the year of the horse,” Ray points out. “He was such a nice guy, but such a fragile human being.”

Each night on tour, Ray would insist forever, the Invaders blew the Stones off the stage. At the time of their rendezvous, the Invaders were the bigger local hitmakers, but ‘Till We Kissed’ would be their last. The Stones would record ‘Satisfaction’ in LA on the way home.

This is the sixth of a bi-weekly series about unlikely encounters experienced by New Zealand musicians. Read more about Chris Grosz, musician and illustrator.