Of all the aspects of music, the one thing I am always most drawn to is the songwriting process. While I am also fascinated by record production, arrangement, and the process a group of musicians goes through to bring a song to life, it is that almost mystical process of bringing words and melody to life, of creating movement out of inertia, that is utterly compelling. At its best, songwriting produces music that is able to describe the “feelings that don’t have names”. 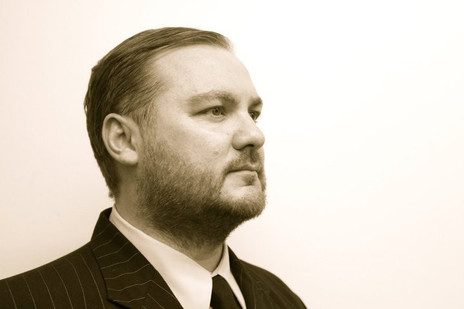 I have consciously here chosen songs that haven’t already featured heavily in Songwriter’s Choice on AudioCulture. Obviously, I agree that Crowded House’s ‘Distant Sun’, Dave Dobbyn’s ‘Blindman’s Bend’ and Straitjacket Fits’ ‘She Speeds’ are wonderful songs (I’m not an idiot), but hopefully someone will take these mentions as a cue to investigate the vast back catalogue of Andrew Spittle/ Dating Godot, or check out the Voom reissue, or go back to that wonderful Grace album. I always love it when somebody either suggests something I am not familiar with, or reminds me of something I had forgotten about, and I actually feel faintly envious of anyone who has never heard Bic Runga’s Birds, or Jean-Paul Sartre Experience’s Bleeding Star – having all that left to discover.

Also, I could probably pretty easily have come up with 50 songs I love. Go on, try me.

Whether trading under the name Das Phaedras (hi-octane, Hüsker Dü-informed, fuzzed-out indie rock), Dating Godot, or All Red Cables, or the current Charcoal Burners, I have maintained for quite some time that Andrew Spittle is one of New Zealand’s best – and certainly most unheralded and underrated – songwriters. This track, from 1999’s Nights Through Your Window, is a masterpiece of restrained emotion and understatement. It is devastatingly evocative, and hinges on a chord change and lyric that still leaves me breathless: “You’re my companion, keeping me safe with your breathing, stay here beside me, don’t even talk about leaving”. And you just kind of know that they’re going to leave anyway.

Bic Runga is such a wonderful singer that you sometimes almost forget what a brilliant and original songwriter she is. The Birds album from 2005 is still, for me, her emotional high-water mark, and this song perfectly nails the push-pull of romantic entanglement and obsession. Some sublimely empathetic playing from Neil Finn (such a great piano player) and drummer Riki Gooch drives the song’s wordless bridge home like a stake through your heart. “I only want you to be mine, I only want you to be free”, she agonises. A glorious, eternal ache, worthy of the great torch singers – Dusty Springfield, Julie London, Edith Piaf, Nina Simone, and also – the New Zealand album I would most like to own on vinyl.

Slipping Away – Max Merritt & The Meteors

Growing up in Timaru, I would hear this song from Max Merritt & The Meteors on Radio Caroline alongside such soft-rock staples as Michael Martin Murphey’s ‘Wildfire’ and England Dan and John Ford Coley’s ‘I’d Really Love To See You Tonight’. And to be honest, I had no idea until many years later that it was actually from New Zealand. A gorgeous melody, impassioned vocal, and a heart-stopping key change, along with a quite beautiful recording. A heavy hitter, an emotional tour-de-force, and a nigh-on perfect song.

From their second album Hello, Are You There? (2006), which has finally received a long overdue and very welcome vinyl release through Flying Nun. It is a killer collision of momentum, searing guitars, hooks and noise: “I am indestructible, I am unstoppable.” It makes me want to jump up and down on my bed, and there really aren’t too many things that have that effect these days. Buzz Moller is like a one man hit factory of brilliant, battered and broken tunesmithery, and their canonisation as pop genii will surely come.

“I’m more than the colour of my skin, I’m the girl that likes to sing.” This is one of those songs that absolutely floored me the first time I heard it, and it continues to reveal itself with each repeated listen. A powerful statement of both independence and vulnerability, and a plea for acceptance and tolerance. Magnificent. (I may also have made a bit of a fanboy twit of myself when I met Aaradhna.)

I always kind of thought that Jean-Paul Sartre Experience was the group that was going to go supernova and become a huge pop band. While I loved quirky early songs such as ‘I Like Rain’ and ‘Let That Good Thing Grow’, and the seismic swagger of ‘Flex’ or ‘Elemental’, their third album Bleeding Star (1993) was where, for me, it all came together: huge guitars, swirling textures and a dark and seductive melody. I love the way the second verse sort of dissolves into the second chorus, and its perfect juxtaposition of comfort and menace.

Meeting the Ioasa brothers on a visit to Auckland in the mid-nineties, having been a fan of their debut (and only) album, I was thrilled to find out that we shared a fondness for Glaswegian melancholists The Blue Nile, which made perfect sense. I loved the smooth soulfulness of this song in particular, and again, Grace is another band that I thought should have been absolutely massive: world class production, Jason Ioasa’s silky voice, and a perfectly constructed contemporary pop-soul song.

When I got Nadia Reid’s second album Preservation, I literally couldn’t believe how good the songs were, and what a quantum leap they were from her already excellent debut album Listen To Formation, Look For The Signs (2014). And then, knock me down with a feather, her third album Out Of My Province (2020) had songs that hit even harder and deeper. During the covid lockdown of 2020, she played a live streamed show on Facebook, and when she played this song, amidst all the uncertainty and anxiety, I burst into tears. Surely this is the desired response?

Is this the greatest New Zealand proto-punk record? From 1966, it suggests young men in thrall to The Who, and you could actually, at a pinch, imagine Iggy Pop or John Lydon curling their sneers around lyrics like “I’ve been labelled an angry young man, because I don’t fit into the master plan” or “I don’t stand for the Queen”. The killer garage band production, the chainsaw guitars, and the way The Bluestars’ singer Rick von Bokhoven hisses the title (“ssssssssocial end product…”) are the icing on the cake. Postscript: when I met guitarist and songwriter John Harris a few years ago, he expressed absolute astonishment that copies of the single had sold for “over $100”. Umm – you might want to look away, John – it has now sold for as much as $2950 on the Discogs website.

First, it is a great song title, which is important. The Exponents’ Jordan Luck is like some sort of Byronic doomed romantic poet, and he has just written so many wonderful songs, particularly on second album, 1985’s Expectations. I could have equally chosen ‘Caroline Skies’ or ‘Ashened, Ashened Autumn Leaves’, or ‘Know Your Own Heart’, or ‘Only I Could Die (And Love You Still)’ … but this a startlingly inventive and original song, its lyric of brooding menace (“the nightly occupations of cattle and sheep” ... “and for a moment you held me tight – what’s a moment in a very long life?”) enhanced by the astonishing atmospheric guitars of Chris Sheehan (RIP). In my mind, Jordan forms a sort of holy trinity of New Zealand songwriters alongside Neil Finn and Dave Dobbyn.

Jeremy Taylor is a Wellington-based, mainland-raised musician, best known as frontman of Christchurch 90s indie rock band Cinematic, who released a pair of albums (self-titled, and Musicland) of melodic, driving guitar pop, before spending a couple of years in the UK, and returning to relocate in the Capital.

He identifies as a “recovering singer-songwriter”, and is a fixture in the local music scene thanks to his day job at Cuba Street’s Slow Boat Records and as a music reviewer on RNZ’s Nine To Noon. He was a featured vocalist in 50s/ 60s rock’n’roll group The Boomshack Band, and also writes about music, food and rugby.

He has recently joined one of his favourite bands, Dunedin’s Das Phaedras (with whom he will record a new album later this year), as well as another solo album.