For a while it seemed everyone played at The Oriental, or the “Ori” as it was known. In the mid-80s it was often jammed-packed, choking on cigarette smoke, soaked in that fuggy pub smell, and alive with the wonderful racket of the best of Dunedin and this country’s alt music scene.

The pub had neither the charm of The Empire nor the mythology of The Captain Cook.

It was a classic and plain New Zealand pub, where arty types would be eyed suspiciously, possibly even morosely, by the wharf and wool store workers and hardened drinkers in the public bar.

In the lounge bar, where the bands played, there were high tables to lean against, and a place to douse your cigarette – glass ashtrays filled with water countersunk into the Formica top – the pale ends of stubs floating in a brown gunge. It was that sort of place. It was a sports bar by day.

Or you could lean on the long bar and let the sound wash over you. You would be standing on what might have been the stickiest carpet in any pub in the country. It swirled like a bad dream.

Never mind, it was who played here in its heyday – roughly 1983 to 1987 – that counts. After the initial assault of The Enemy and The Clean, this was the time of the second flush of Dunedin music. 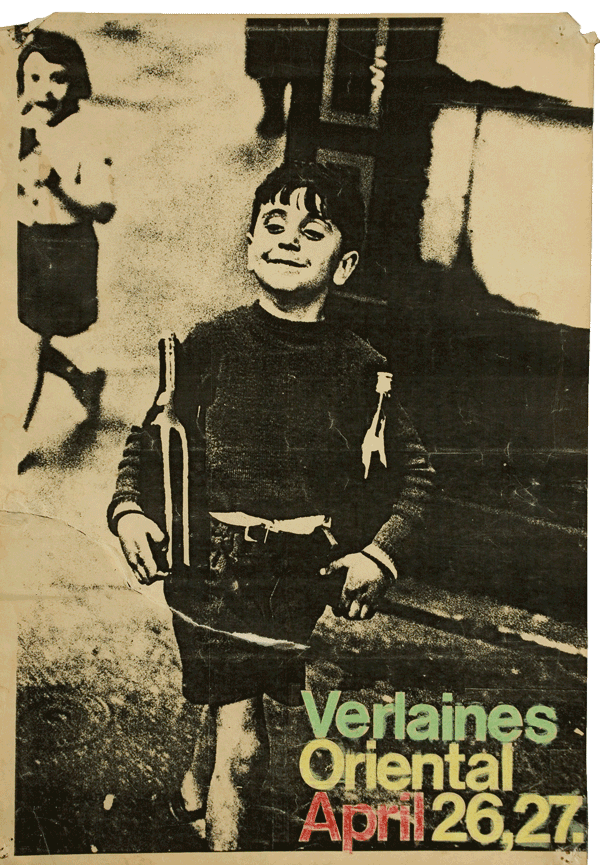 The Chills played the Ori in July of 1985, but they soon relocated to Auckland, then onto London. Others more than filled the void – established bands The Verlaines and Sneaky Feelings, and another wave behind them who would record for Flying Nun. 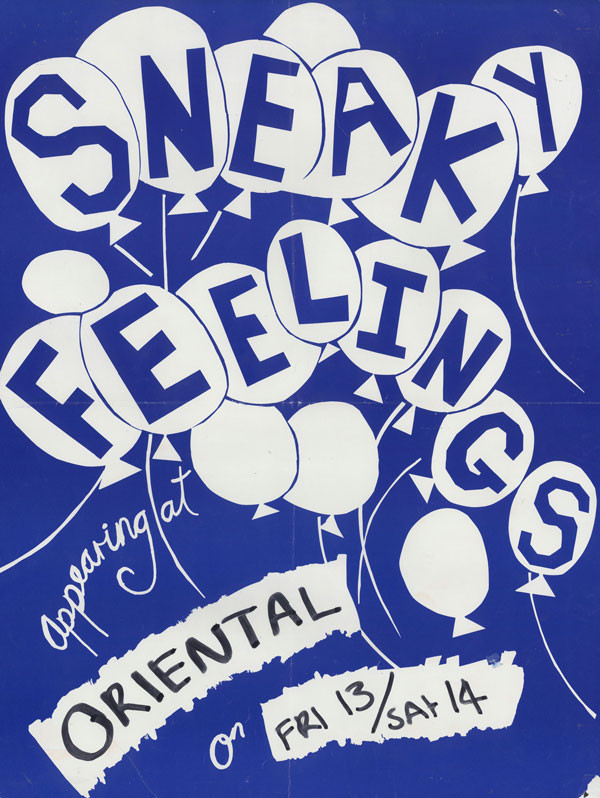 On a weeknight you could see a rosy-cheeked Alastair Galbraith of The Rip, bent over his guitar, playing and singing as if his sanity depended on it. Packed with the energy of a young man and seemingly marked with the poetic joy/doom of a Celt, Alastair would later branch out into more experimental – but equally poetic – work. At The Oriental, he was a unique talent emerging.

The Doublehappys became regulars at the Ori – the pairing of the guitars and wit and songwriting talent of Shayne Carter and the late Wayne Elsey – always great entertainment – a terrific melodic and sonic assault – rock and roll in their bones, and their tongues in their cheeks.

Carter had front when most Dunedin bands were stricken with shyness, or a determination not to play that game. But it was the music of his subsequent band, Straitjacket Fits, that announced them as something special. They played one of their first gigs at the Ori in December of 86. 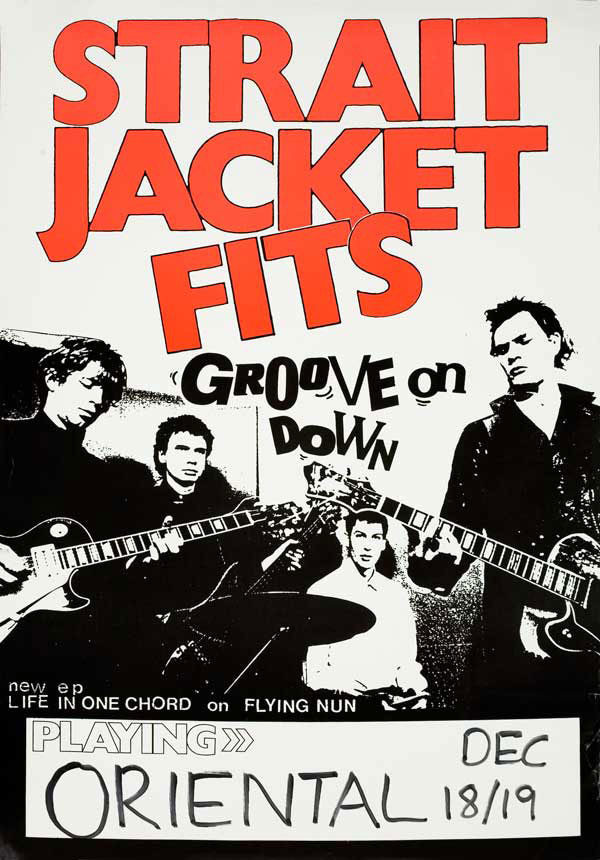 The Puddle were a wonderful and erratic presence. It was here that many first heard the psychedelic wanderings and pastoral charmers (‘Christmas in the Country’ seldom failed to be lovely) of guitar player and songwriter George Henderson. They veered between chaos and sheer magic, sometimes in the space of a song. 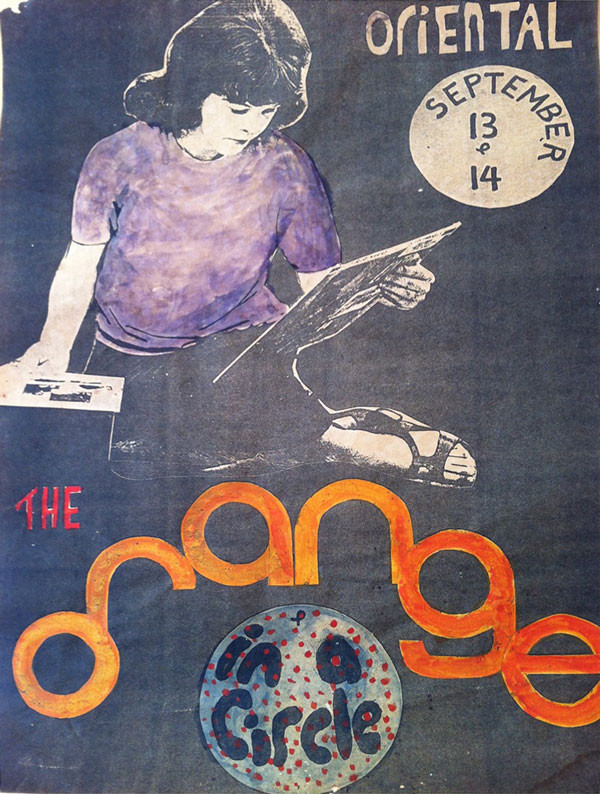 Andrew Brough’s band, The Orange, took some of their first steps at the Ori, as did The Alpaca Brothers.  Look Blue Go Purple played a string of terrific gigs, including a masked ball when the video for their song, ‘Circumspect Penelope’, was filmed.

It was shot and directed by cameraman Pat O’Neill, who was home briefly from Sydney where he was spreading the word about the sounds coming out of his hometown.

(Incidentally, the guy in the Planet of The Apes mask in the video is Roy Colbert, the music writer who’s done so much over the years to champion, aid, abet, and educate the Dunedin bands.) 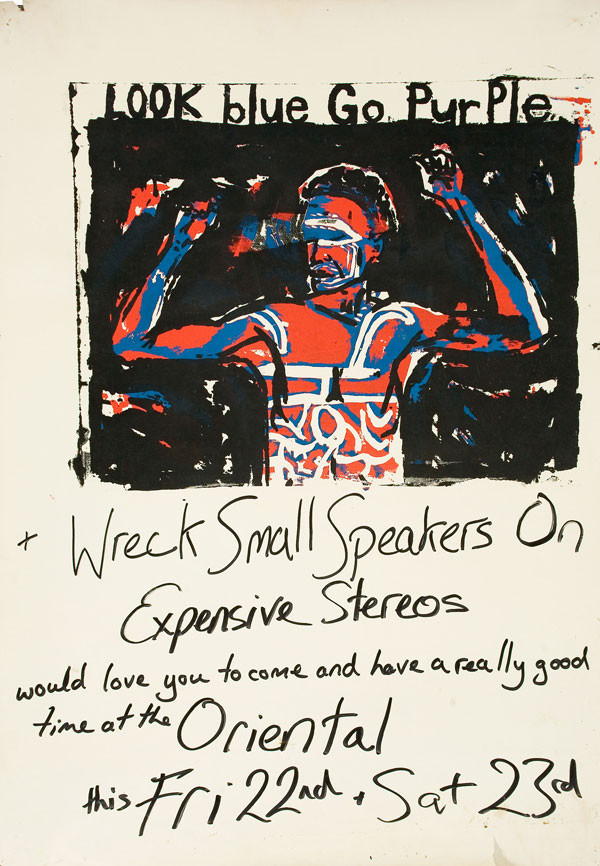 Sneaky Feelings, with what is their finest album, Send You, under their collective belt, were a must-see during that period. They’d hit their stride, and offered a counterpoint to their label-mates – a gentler, more classical 60s lyricism.

Bass player John Kelcher recently tried to revive a recording of a live performance from the Ori. After so many years, the tape had congealed but his attempts to dry it out – by baking it – didn’t remedy matters. He holds onto the tape in the hope he might one day be able to hear this sound from the past. 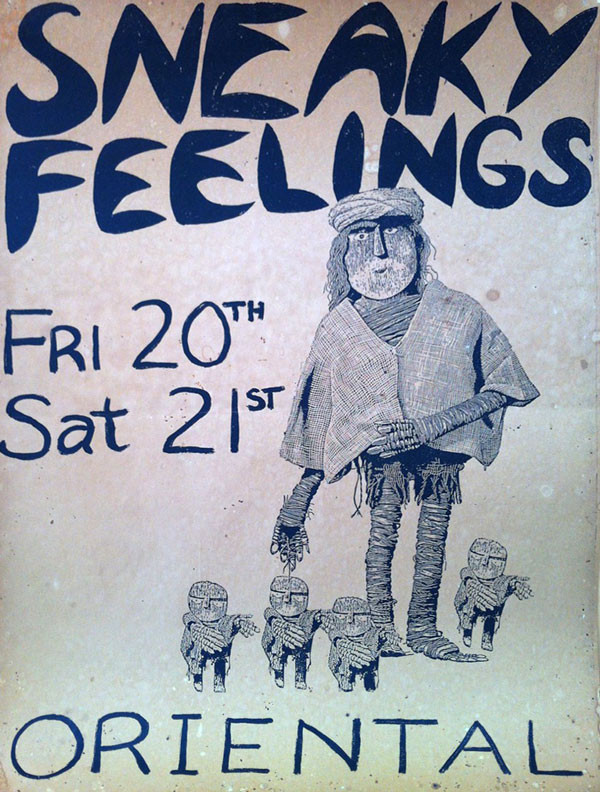 But the band that dominated the days of The Oriental – in my mind anyway – were The Verlaines. When I first saw Graeme Downes there in late 84, early 85 he had the 'Death And The Maiden' 45, and the 10 O’clock In The Afternoon EP material at his disposal, and he was in the throes of completing the first Verlaines album.

Like Galbraith, he seemed to be plugged into a certain southern sensibility – a Celtic broodiness that comes from living at the bottom of the world, and from being wired into its weather. The poet James K Baxter comes to mind – and, like him, Downes had the ability to plumb an emotion and spit it out in deftly-turned verse.

He’d caught the town, its weather, love and his love of literature in those lines, “Do you like Paul Verlaine?/ Is it gonna rain today?/ Shall we have our photo taken?/ We’ll look like Death and the Maiden”. Even then, 'Death And The Maiden' was anthemic.

Downes was moving fast, playing with the intensity of someone who’d found his voice and was riding a wave of creativity. The guy who’d written ‘Pyromaniac’ was – with his fellow band members Jane Dodd (bass) and Robbie Yeats (drums) – burning down the house. It was exhilarating to witness. 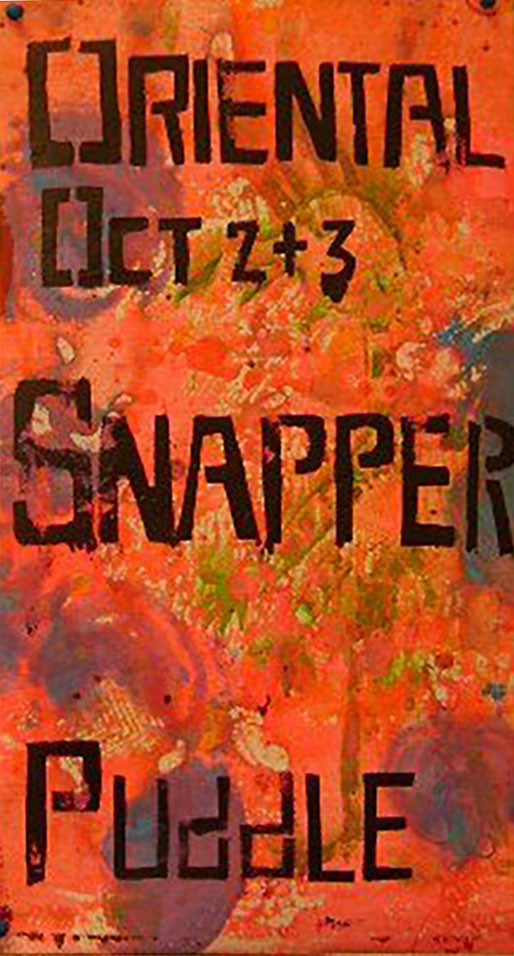 These were also halcyon and productive days for the late Peter Gutteridge. He’d written three of the strongest songs on the Great Unwashed Singles EP, and he was regularly writing and home-recording.

By the time his band, Snapper, played The Oriental they were evolving into their fuzz-wall finest. Peter could do sweet/sour and quiet/loud like few others. Snapper were mesmerising – gusting at you like a coastal wind, and drenching you in melodic rain. 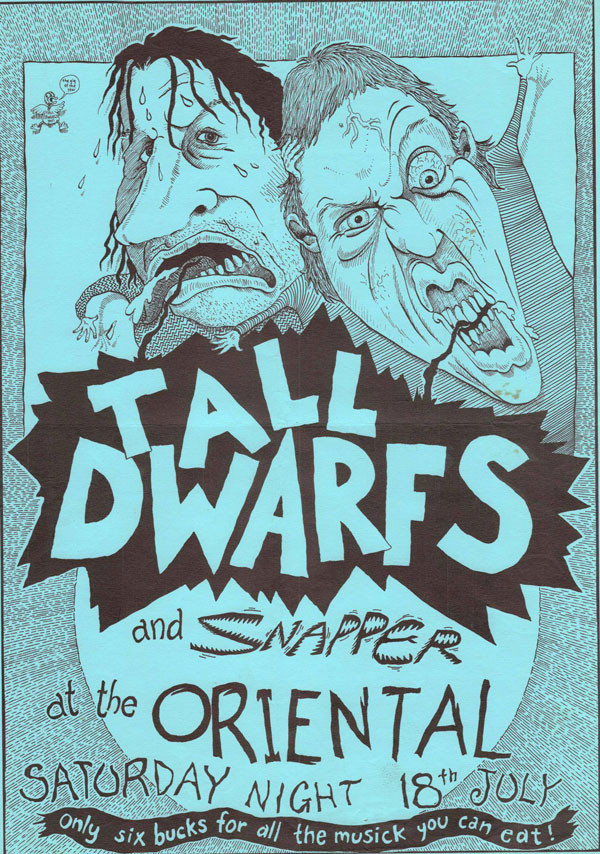 There were memorable moments and one-offs – The Great Unwashed as an electrified four or five piece (who can remember?) – the seldom-seen Say Yes to Apes from Timaru – Scorched Earth Policy – Bill Direen singing ‘Do The Alligator’ to a packed-house – a double-bill of the Tall Dwarfs and Snapper – Fetus Productions – Headless Chickens – and Stephen, David Kilgour’s  band who recorded one of his little-known gems, ‘Little Audrey’. 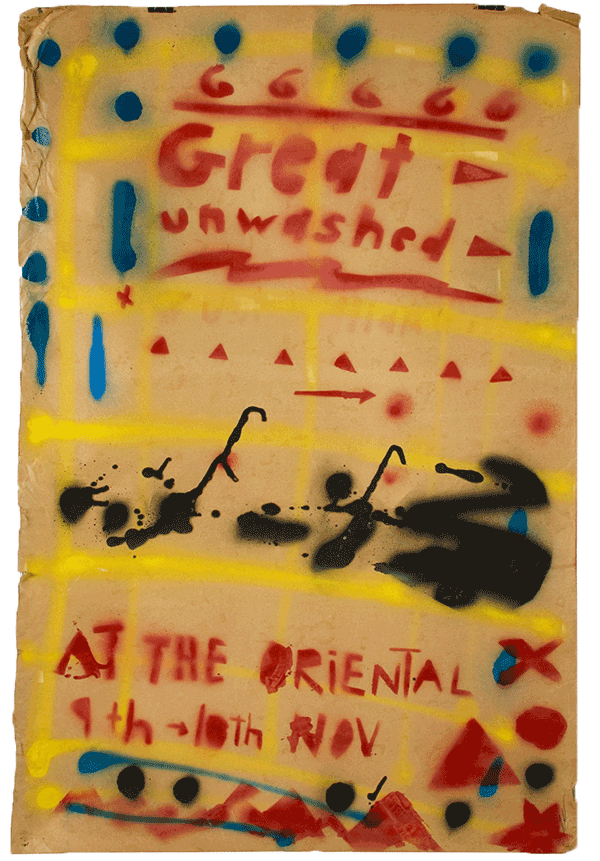 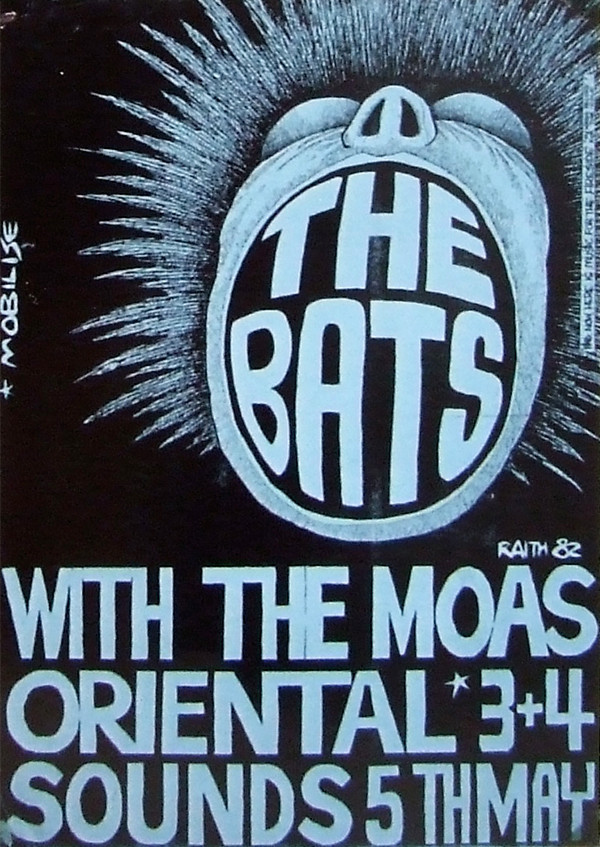 The Bats packed the place – the student audience who flocked to see them flatted within staggering distance of the pub.

The AXEMEN also turned up from Christchurch – a seven-piece version of the band in a mixture of baseball caps and dresses. In the audience was a young reporter from the Otago Daily Times, Chris Heazlewood (later of King Loser) who concluded “Their performance could only be described as disturbing and sometimes hilarious ... if you did not enjoy this you must have been unconscious”. 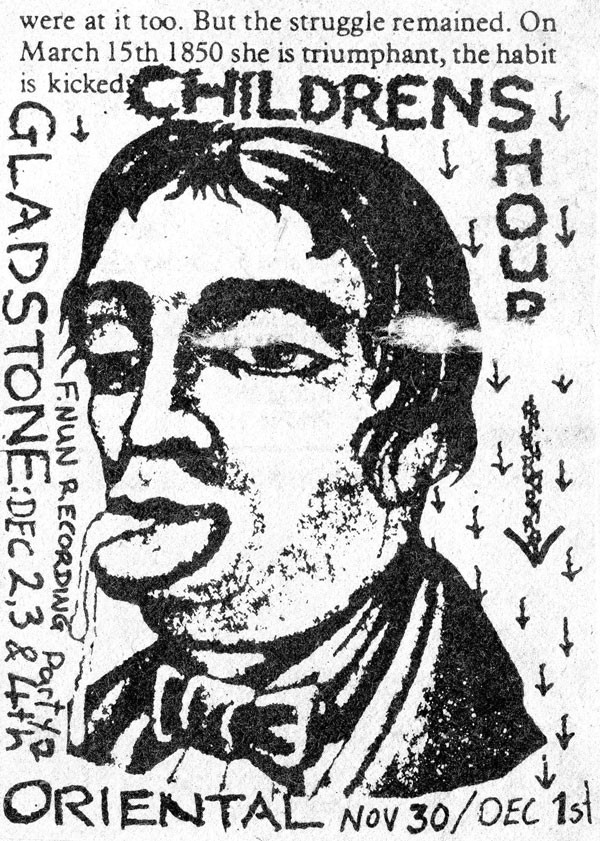 On a saner note, Auckland came to town. Children’s Hour played the Ori in December 1983. This Kind of Punishment followed a few years later when those formidable talents, the Jefferies brothers, came to live and record in the south. Some of the material on their 1985 cassette released by Xpressway is from live performances at the Ori.

It was another group of Aucklanders, Bird Nest Roys, who turned the Ori into something of a second home. They’d been attracted to the town after hearing records by the likes of The Clean and The Chills, and they returned the favour by coming south with a thick melodic soup of a sound.

Their look was op shop chic with a dash of Warholian glitter. They had dancers on stage, for Chrissakes! This was Dunedin. You didn’t do that sort of thing.

But Bird Nest Roys did, and they did it with great songs and humour and added enormously to the life of The Oriental. They came after you with a wall of guitars and vocals from all directions. They were a great night out. They left your ears ringing, and your spirits in the ascendant.

Just as the focus had shifted from the early days of the 80s at The Empire to The Oriental in the mid-80s, so it would soon enough shift again, back south towards the Octagon, to The Burgundy Bar and Chippendale House.

But not before the Ori had earned its way into the annals of this country’s alt rock music by hosting an exceptional and original roster of bands. A legacy, those who were there would argue, to match any pub, anywhere. 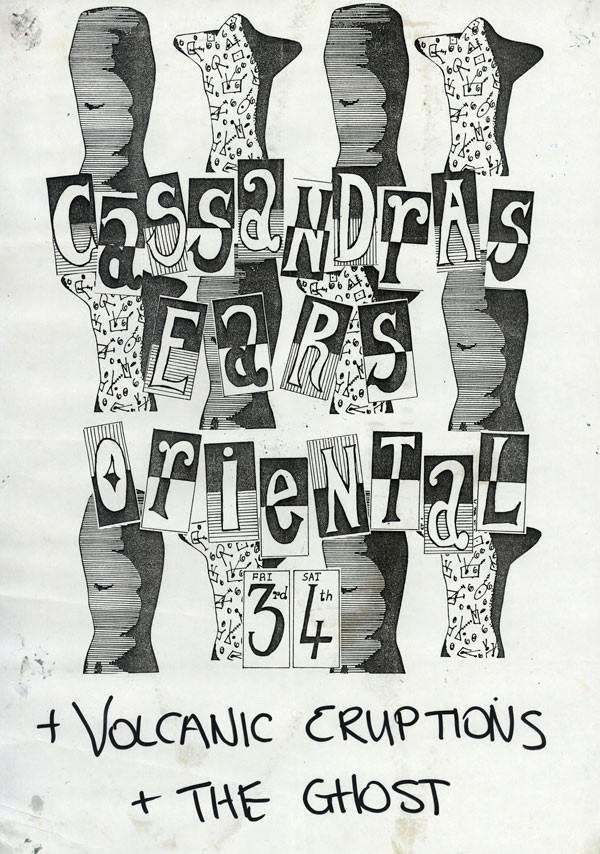 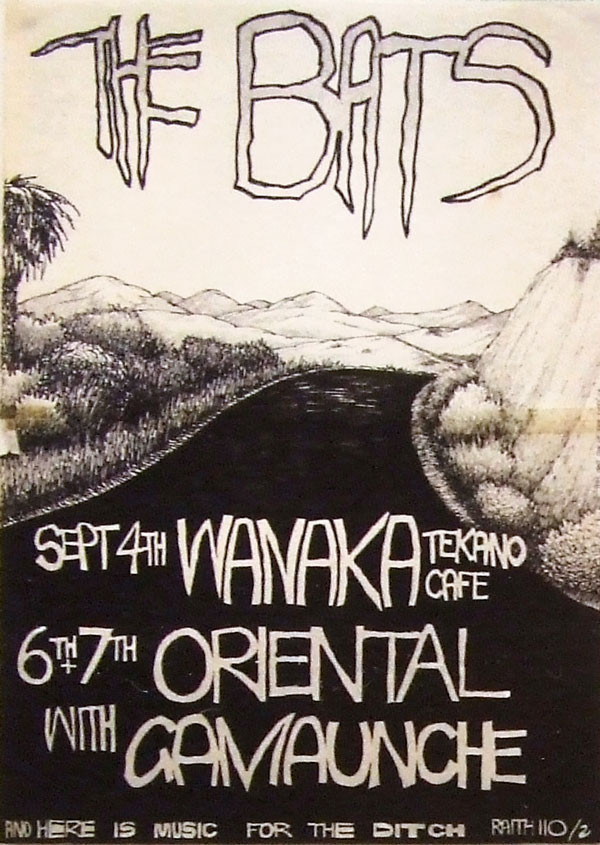 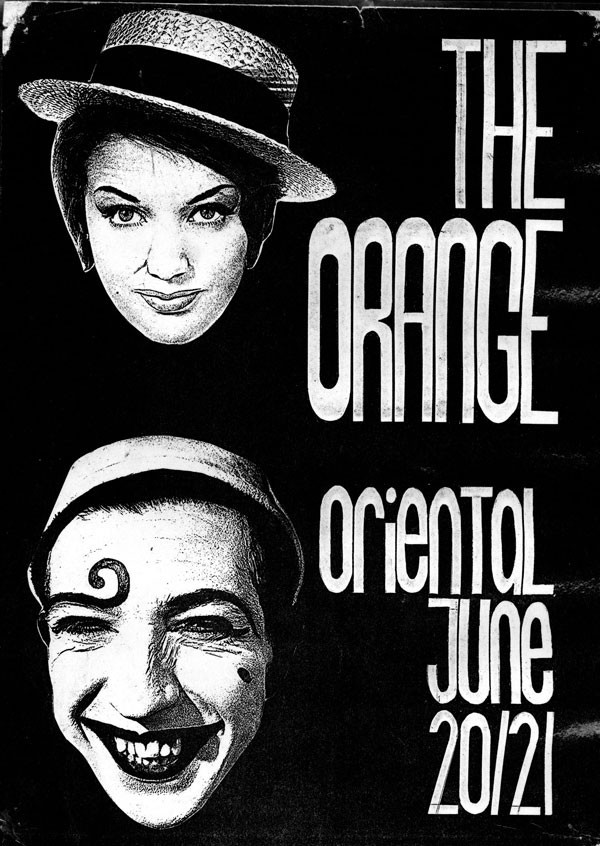 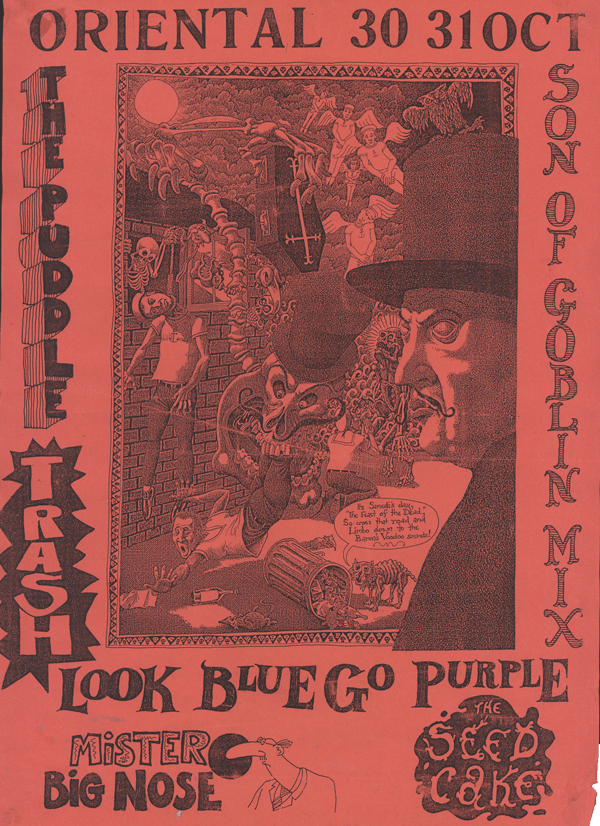 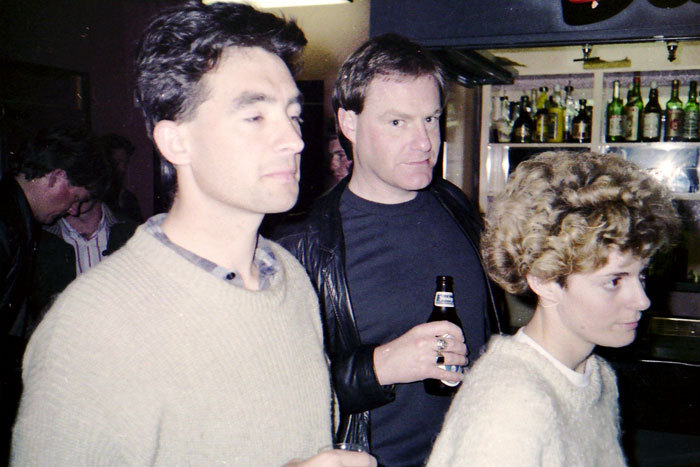