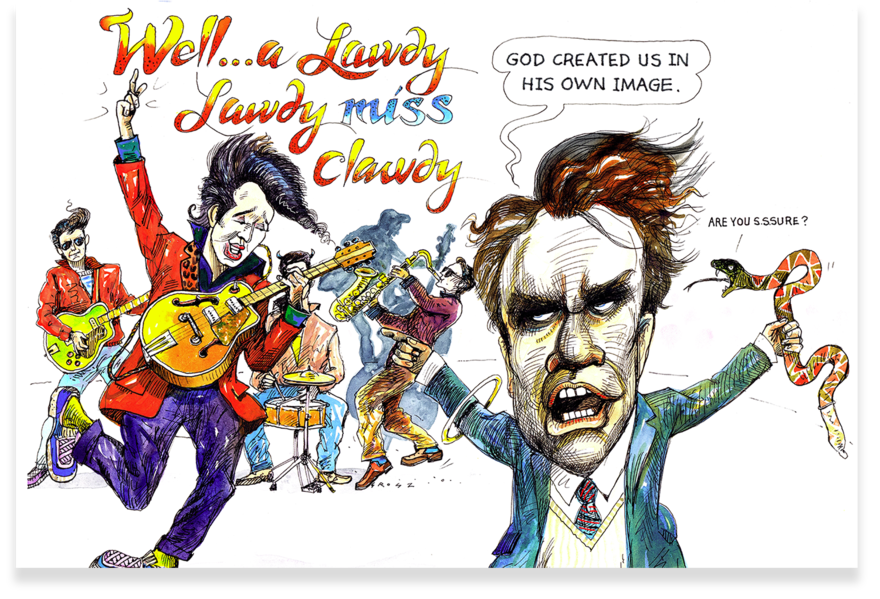 When US evangelist Reverend Billy Graham visited New Zealand in April 1959 for an 11-day crusade, he was the biggest drawcard since the Springboks’ tour three years earlier. A total of 355,000 New Zealanders attended his crusades, in venues familiar to rugby fans: Carlaw Park in Auckland, Athletic Park in Wellington, Lancaster Park in Christchurch.

With a flair for publicity back in the US, Graham prayed with most post-war presidents. In New Zealand, he had to make do with Walter Nash, the earnest, homely, prime minister.

Showbiz, even of the liturgical genre, was not Nash’s thing. But a journalist suggested he take the lead of his flamboyant Cabinet minister, Mabel Howard. Five years after the righteous Mazengarb Report on juvenile delinquency had been delivered to every New Zealand home, Nash reached out for the youth vote.

Johnny Devlin, the country’s first rock’n’roll star, had been barnstorming his way around New Zealand all summer. His on-stage stunts such as bumping and grinding in a bright orange suit had caused mayhem among his young fans, and newspaper headlines furrowed brows of their parents back home.

Mabel Howard MP had jived with Devlin after his Christchurch concert, then whisked him away in a rented pink Cadillac. Nash – sober but savvy – took the hint, and invited Devlin to meet Graham in front of the Athletic Park congregation.

The reverend was up for it: while no Elvis fan, he seized the opportunity to convert New Zealand’s “Satin Satan” to the Lord’s Prayer.

Devlin was dubious. Not because he would appear without his band, the provocatively named Devils. Nor because he felt manipulated into repudiating his stage act, which often resembled striptease.

He was into that old-time religion; of Irish extraction, Devlin was a practising Catholic. On his frantic recent tour, any misbehaviour was the Devil’s work rather than the Devils at play: while on the road, Devlin attended church each Sunday.

Nevertheless, when the invitation came for an audience with Graham, Devlin was uncertain. During the service, several thousand people would “record a decision for Christ”, ie convert in the celebrity celebrant’s presence.

So Devlin did what any rock star would do when confronted by temptation: he asked a priest whether it was acceptable to take part. The priest, Devlin reported, said “That’s okay – just don’t pray at the crusade.”

The ecumenical encounter attracted 25,000 people, and was broadcast live so that – authorities hoped – teenagers in milk bars would tune in. Nash got his photo op with the two charismatic Christians, and the stunt was repeated at Western Springs, with Devlin backed by the Devils. Lawdy Miss Clawdy’s good name was not taken in vain.

This is the first of a bi-weekly series about unlikely encounters experienced by New Zealand musicians. Go here for more about Chris Grosz, musician and illustrator.