I had been a long time Mockers fan, first seeing them at The Windsor Castle on the Cleopatra tour. There had been clips on Radio With Pictures but nothing prepared me for their live assault.

Those early songs burned with embers of punk fire but also had a real pop edge. Later, the tight rhythm section from The Dabs joined and gave them real stability. Songs that would later be toned back and flowered up with catchy pop baby talk choruses for the debut album Swear It's True were rammed home with passion and skill.

After following them to numerous gigs across Auckland we (my friends and myself) were recognised as “fans” and we would regularly be invited to hang out backstage before and after gigs. I had dreams of becoming a rock photographer and had a battered old Minolta camera, so I asked if it was OK if I took some photos. Very graciously they agreed.

Unfortunately, my lack of knowledge with the camera proved to be my undoing as far as inside shots went. Sure they may look “arty” today but they are generally out of focus, no flash and with wrong settings. Yep, I was so dumb I didn’t know you had to change the settings for poor light. 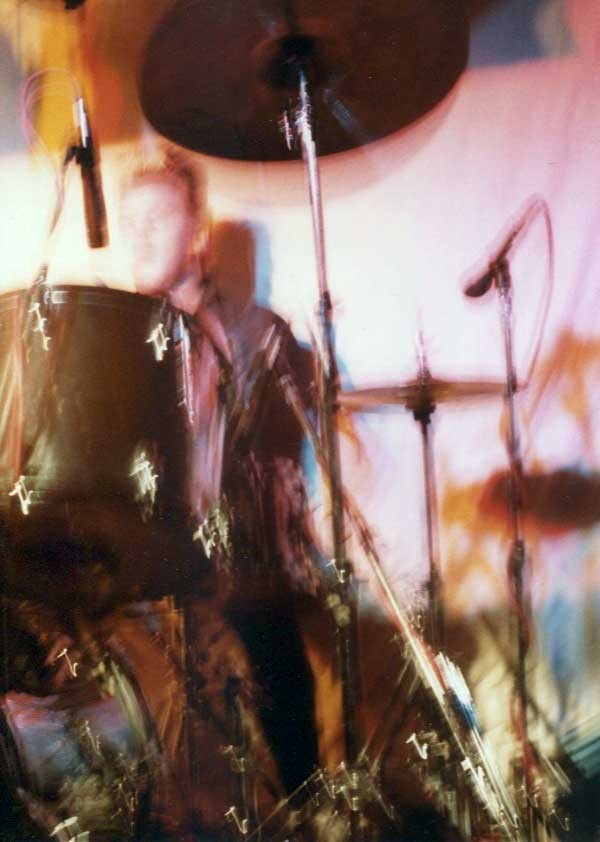 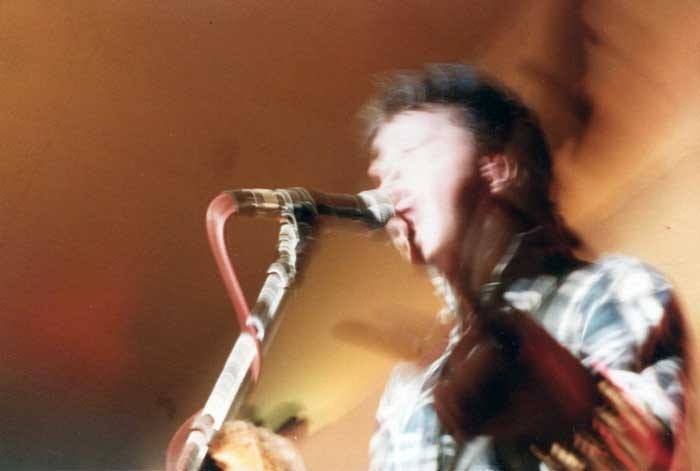 Geoff Hayden with his trusty Rickenbacker bass provides the harmony 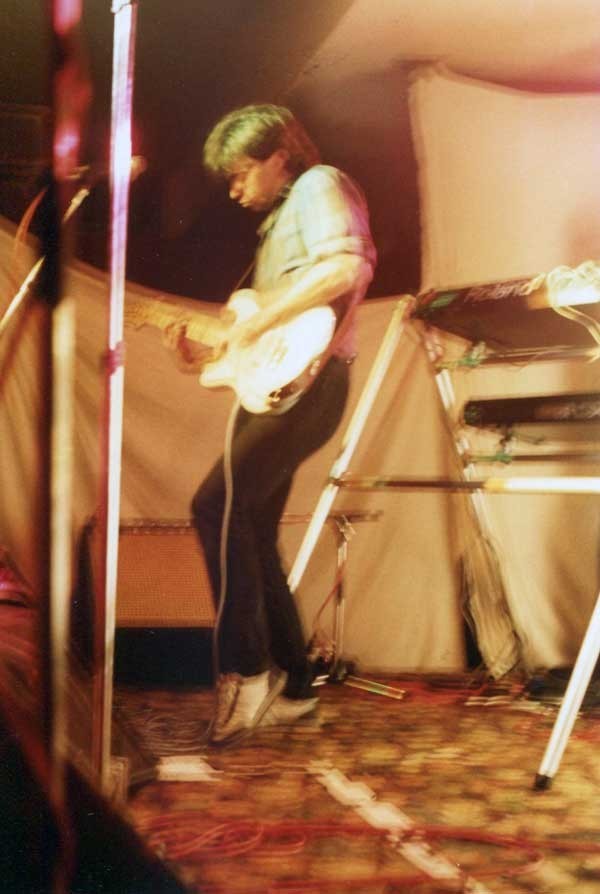 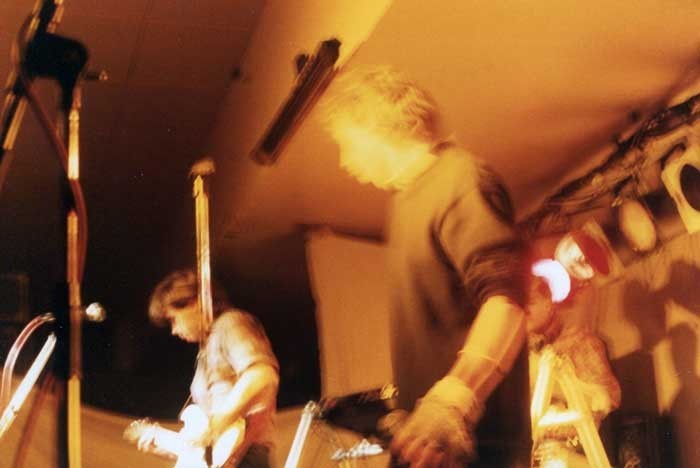 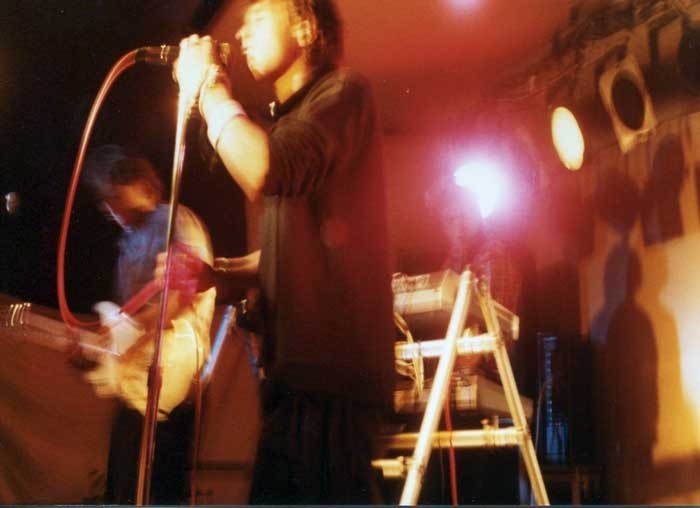 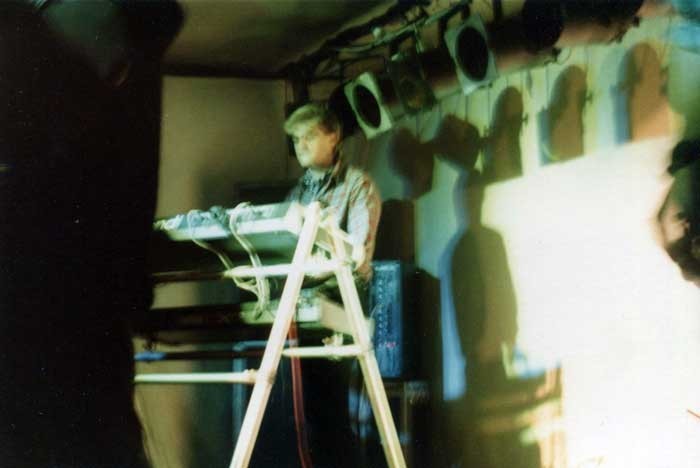 Tim Wedde on Keyboards. I remember post-gig banter about how Tim’s hair almost caught fire due to placement of the lighting and the use of hair product. The 80s! 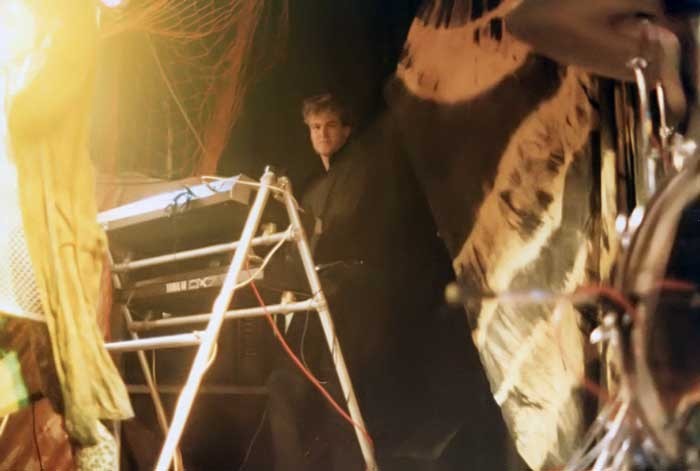 Tim Wedde not on fire 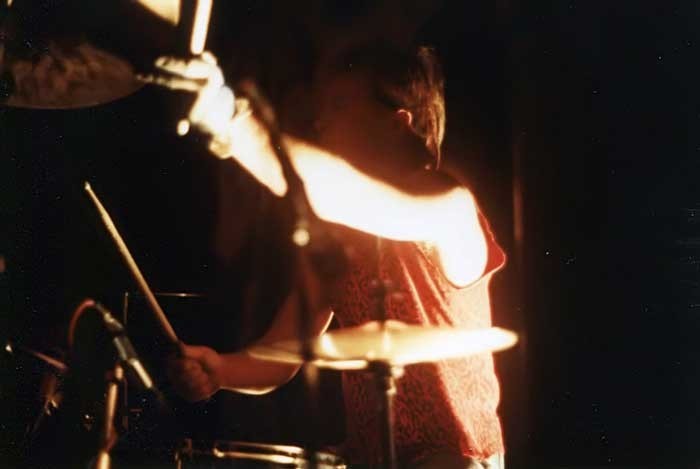 Steve Thorpe stops the cymbal, likely in 'You Only Live Once' 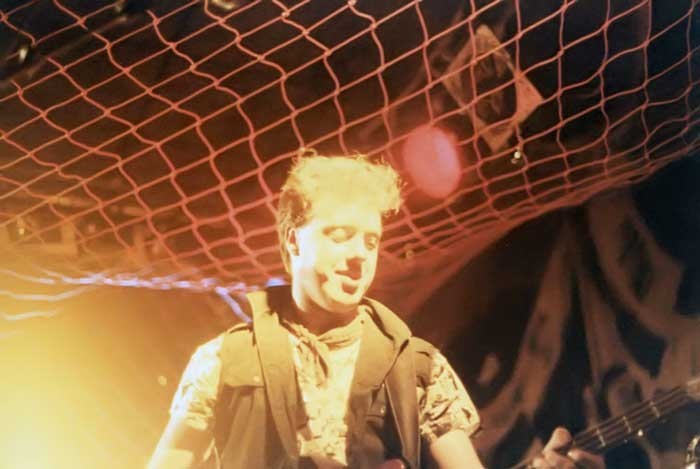 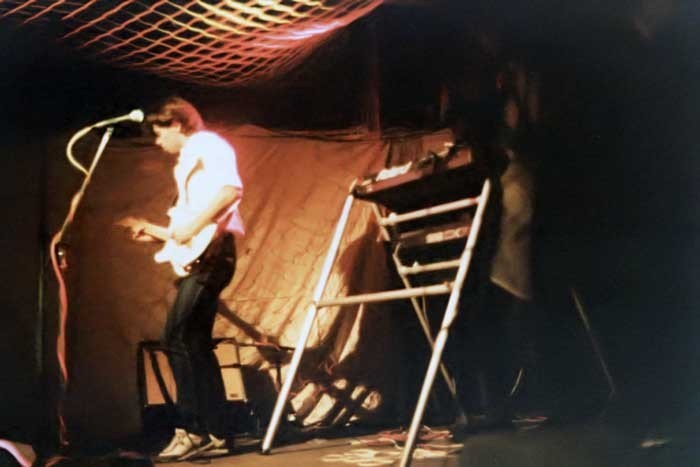 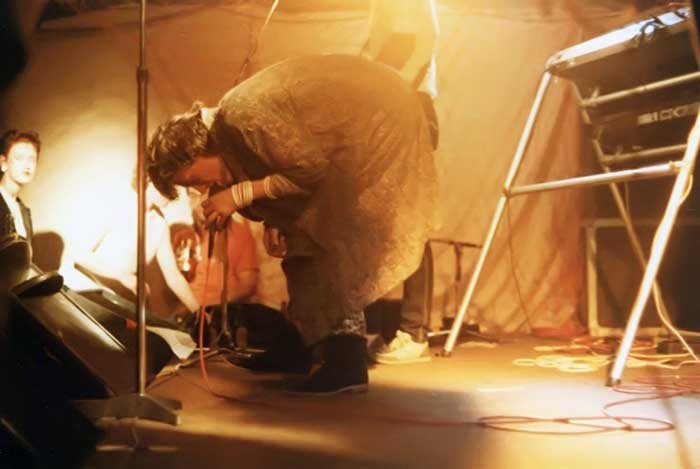 Andrew Fagan sings one for the floor 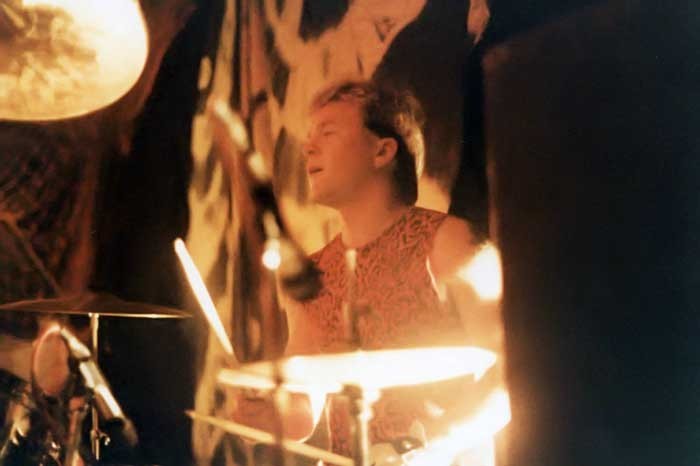 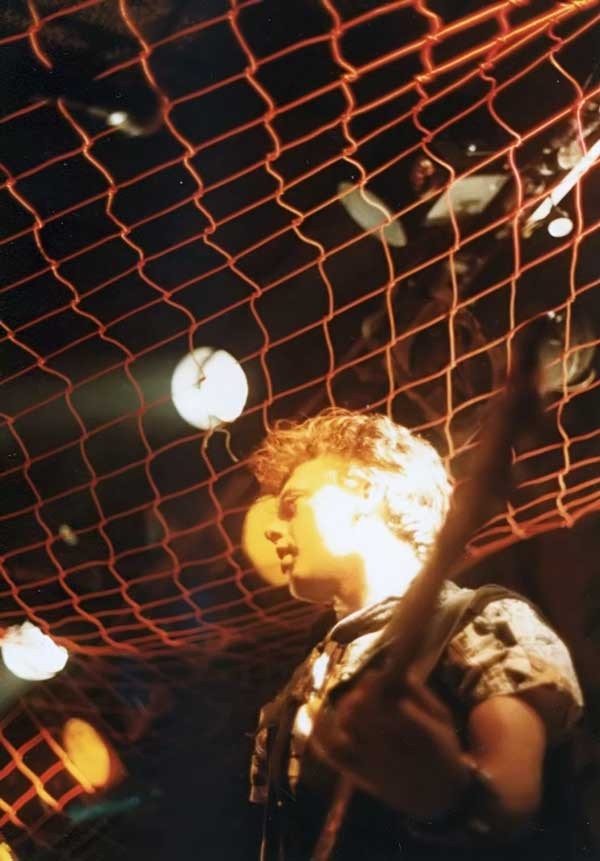 Geoff Hayden under the net 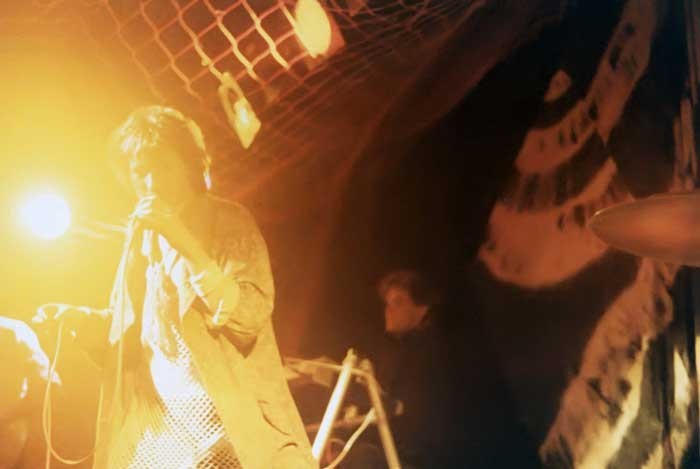 He can see me! Shame about the light right into the lens. 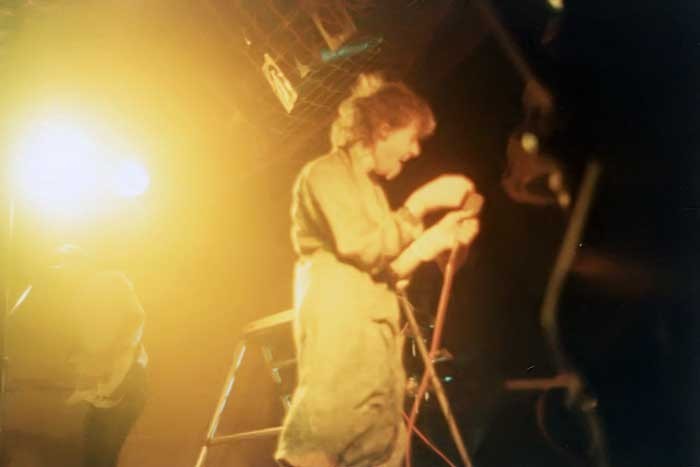 Andrew Fagan (and tongue) and the light, all but obscure Dean Hazlewood 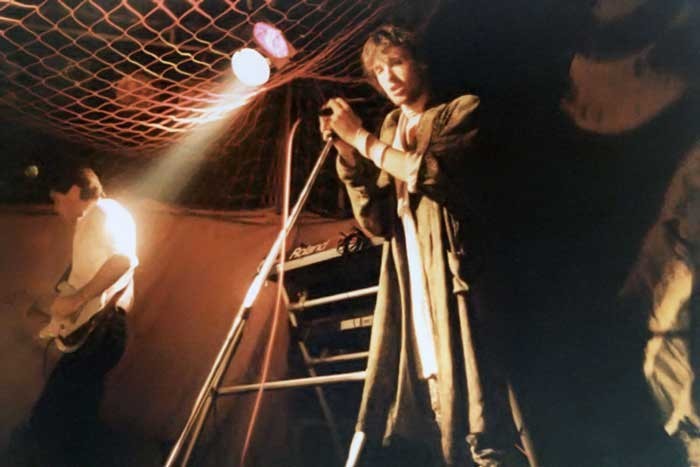 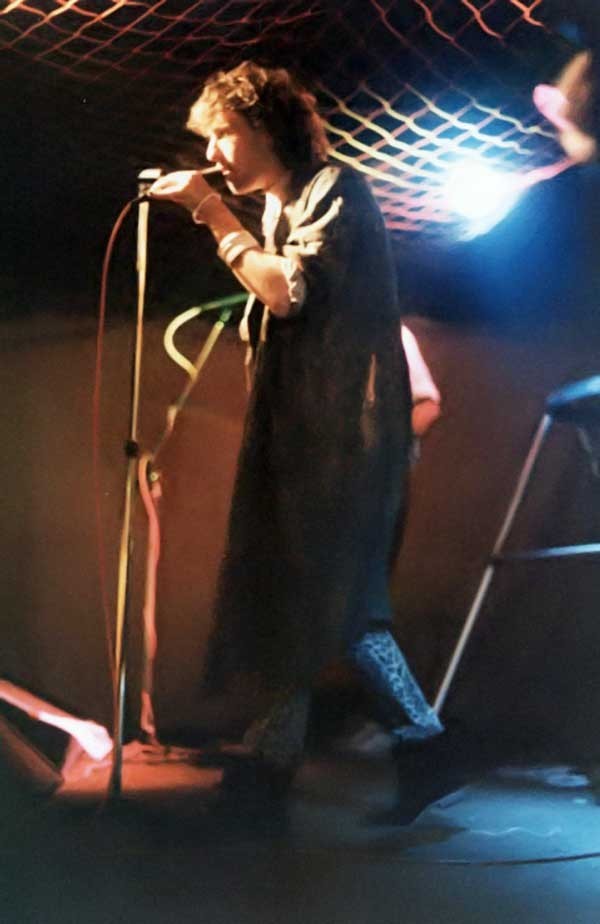 Now this was more like it! An open-air gig with no lighting issues. I remember going to the “dressing room” (what appeared to be an old school prefab behind the stage) to show the above photos. The guys were polite about them … I think this was the second time I had met Dean Hazlewood’s replacement, Brett Adams, but the first time I had seen him play.

I believe this gig was one of the Just Juice Summer Series (actually I'm not so sure of the name, but Just Juice was definitely one of the sponsors, as was the radio station ZM) at Rainbow's End.

The stage was outside as noted and the area ringed with huge Eucalyptus and other trees. I wished them a good gig and headed out to grab a perch to get some shots.

Opening with 'A Winter’s Tale' from the new album Culprit And The King, the band came out one by one as the song progressed and slowly built up. 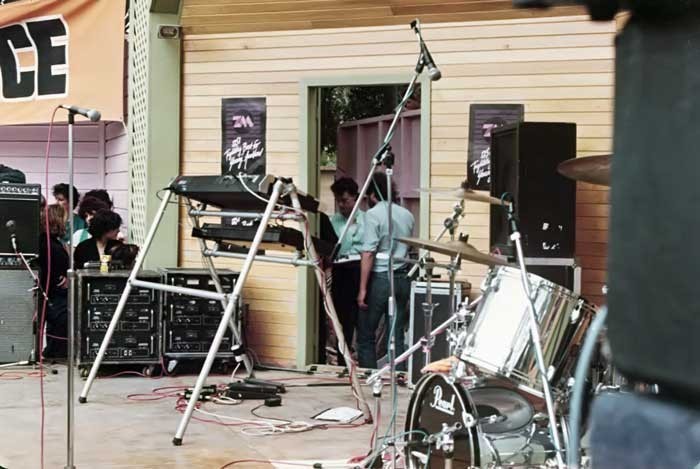 About to start – the band are backstage 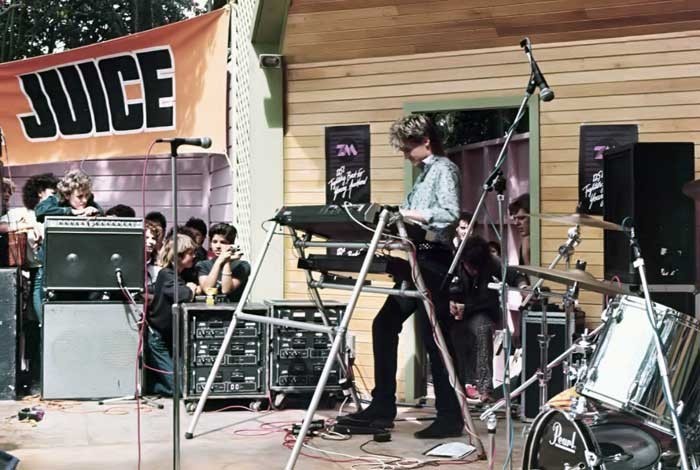 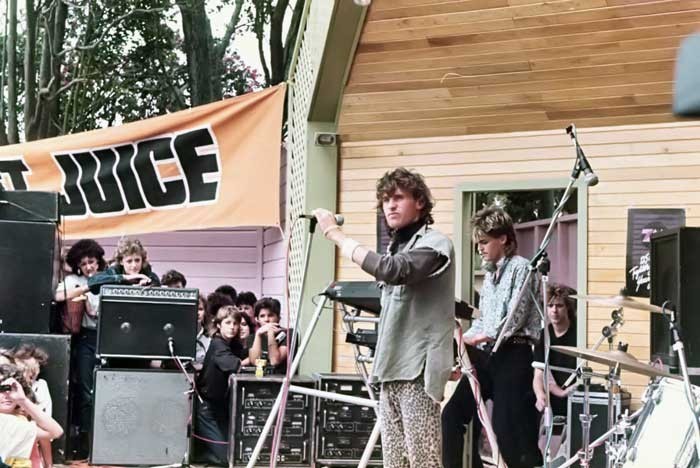 Andrew Fagan waits for his cue 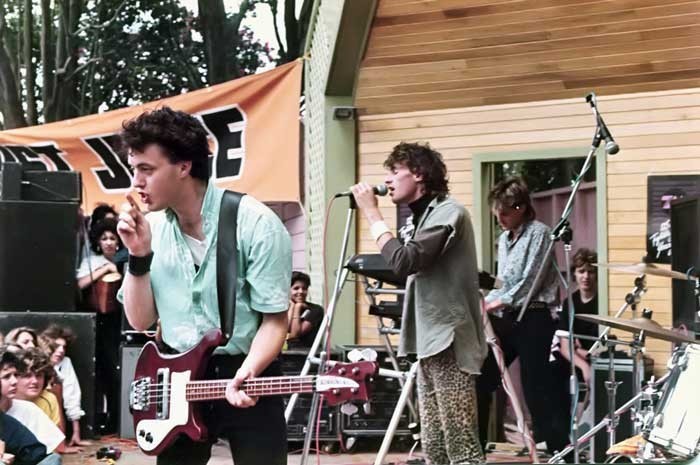 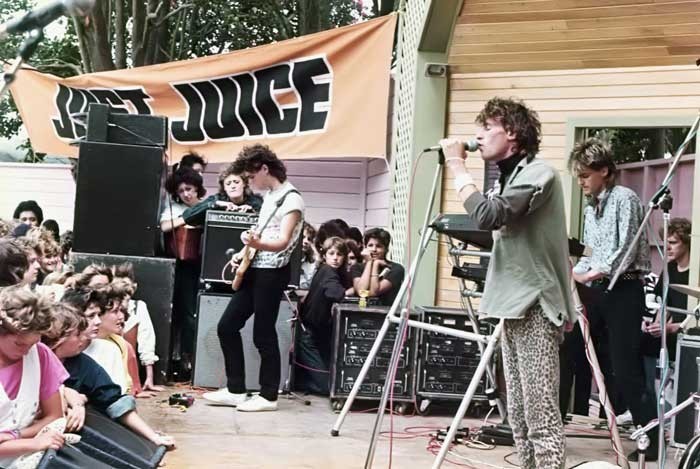 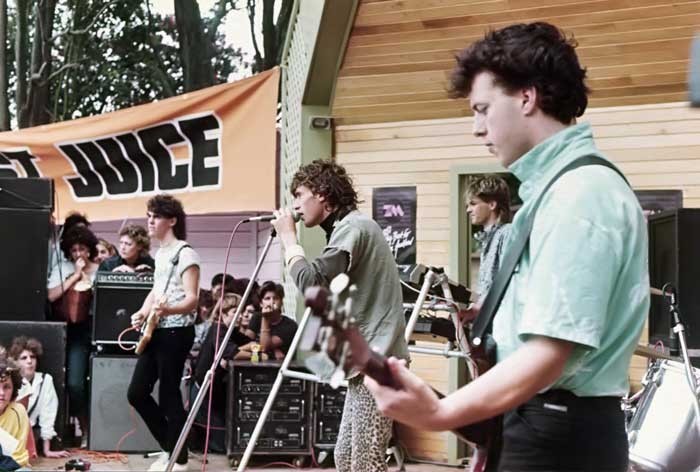 'A Winter’s Tale' draws to a close 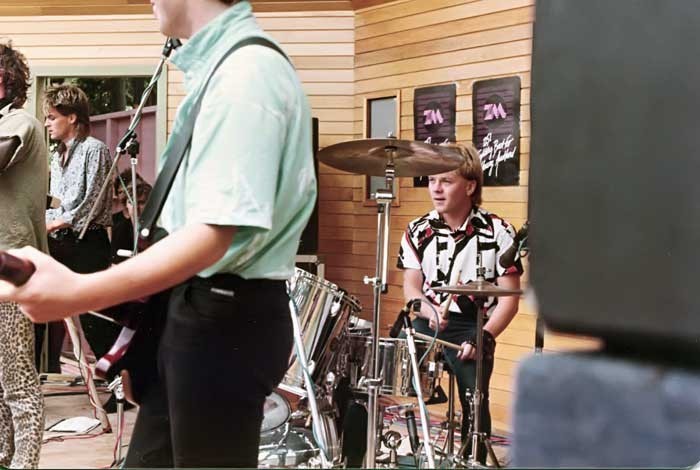 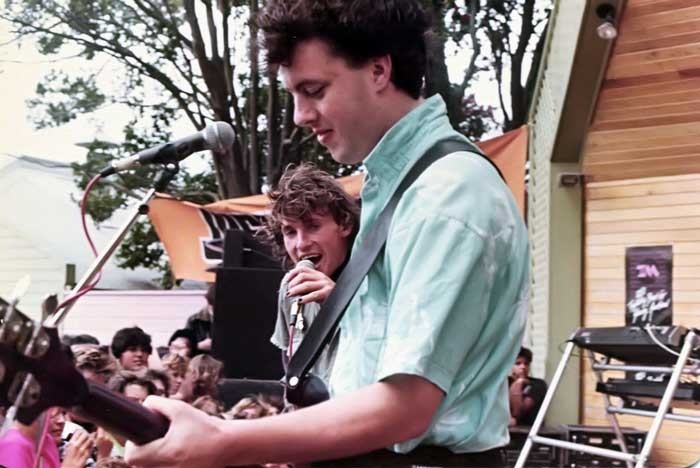 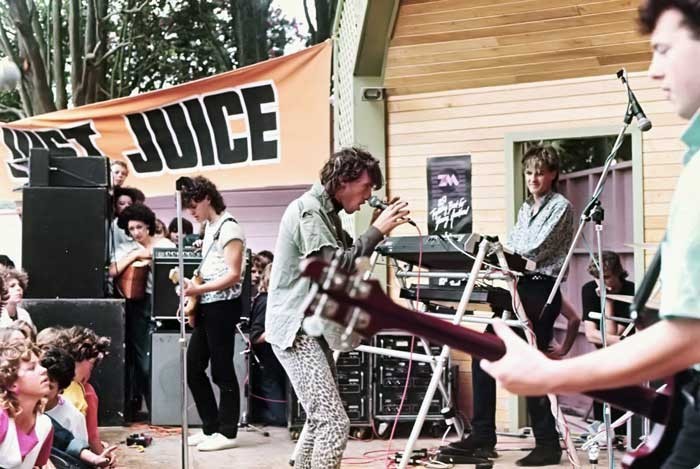 Andrew Fagan clowning around with the nose flute. I can’t remember which song this was in. 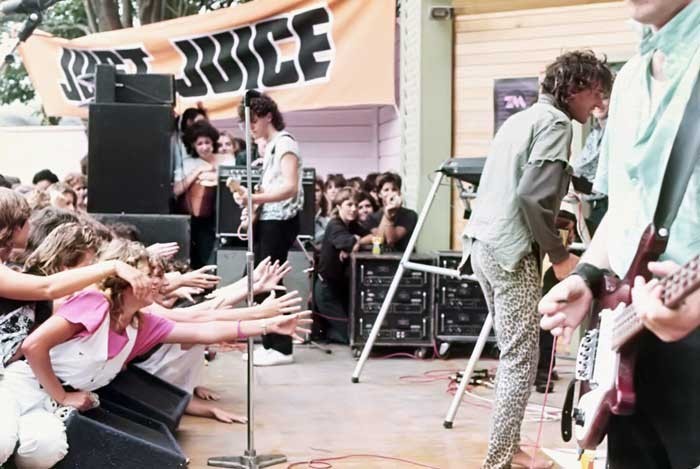 Andrew reaching for a large supply of Just Juice, near the drum kit, to hand to the keen front row 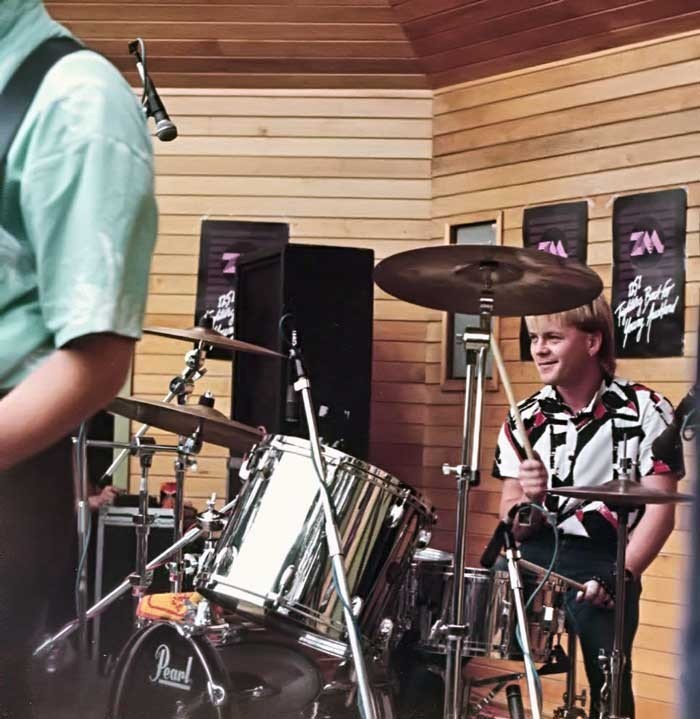 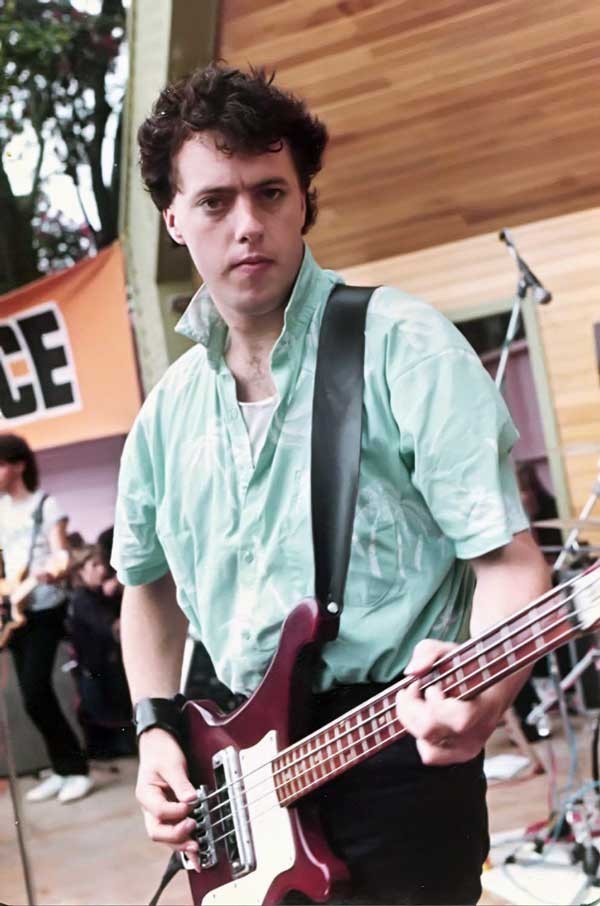 Geoff Hayden looks down the lens 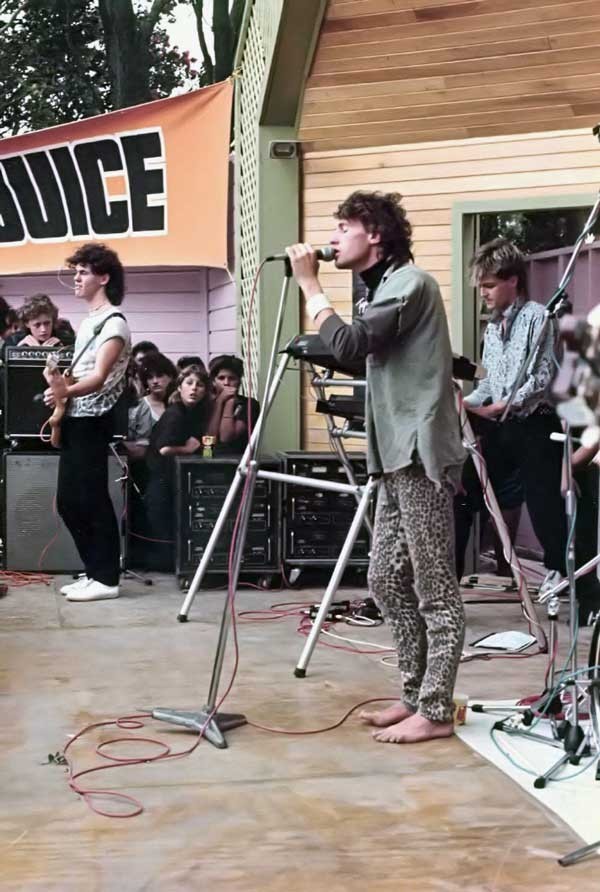 Just after they finished this song, Andrew noticed the wind had picked up significantly. I remember him saying “I can hear the trees”.

And he wasn’t wrong. I was looking around at this point, feeling the change in the air. The wind was definitely rising. Off to the northeast, the sky was growing increasingly dark and there was the odd distant rumble of thunder. I packed the camera away and enjoyed the rest of the set.

After the encore, the sky was pitch black with the thunder and lightning becoming more regular. I popped in to the dressing room and congratulated them on a great gig, and ran for the trusty Vauxhall Vx4/90, not wanting to get the camera wet. Just as I started the car the storm hit, a full on thunder and lightning – with hail – spectacular. I had to wait 20 minutes before it was safe to leave the carpark. One of my favourite Mockers gigs.

Read The Man Who Would Be STAR here