When the Cellar Club opened at 8A Manse Street on Christmas Eve 1966, there were queues back along the street and around the corner. Walking down the stairs was like stepping into an underworld of classic 45rpm B-sides and buried blues. The Third Chapter thrashed out tunes by Pretty Things, Cream and The Who, accompanied by feedback and smoke bombs: 'Roadrunner' and 'Judgement Day', 'My Generation' and 'Driving In My Car'. The place was painted with psychedelic wall murals and packed inside, with 400-plus patrons for the first two nights doing the Twist and the Mod's Nod.

The queue to find somewhere new in the southern capital started forming a couple of years earlier when tours by The Beatles, The Rolling Stones, Pretty Things and Dave Clark Five gave a glimpse of the new pop. 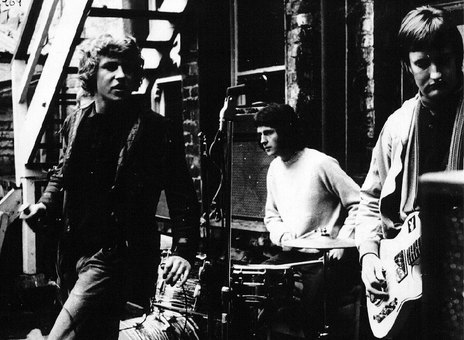 Pussyfoot in the courtyard in King Street - Gordon Spittle Collection

The amplified guitar line-ups opened doors beyond the traditional: Saturday night orchestras at the town hall playing foxtrots, two-steps and a Canadian Three before the supper waltz; the annual circuit of bible-class socials scattered between Vauxhall and Caversham; occasional dances out of town at Balclutha and Oamaru, or Timaru, Arrowtown and Queenstown during Christmas and New Year; another decade of local country quartet The Tumbleweeds singing 'Maple On The Hill'; and more rock and roll with the Denons and The Dee Jays.

The Cellar was one of many venues that opened for the new teens. There were places called the Spider, Mojos, the Living End (painted matte black and dayglo overnight in the former synagogue on Moray Place), the Nightspot (a club under the Century movie theatre), and the Sunset Strip, a hang-out with pinball machines for American sailors on shore leave from the Antarctic Operation Deepfreeze weather ships. On national tours, The La De Da's and Larry's Rebels played the Agricultural Hall. There were dark cubicles, string ceilings and beanbags, ashtrays, coffee and big Beatle boots.

Bands once named after fast cars and Titan space rockets now advertised themselves as the sexually explicit Throb and Pill, Klap and Brass Onion.

Then there were Trip, Stash, Kaleidoscope, and Cloud Nine. And Straat Heidelberg, a monthly freighter to Dunedin from West Africa carrying cocoa beans and sacks of dakka, promised beer and drugs.

They dropped the Shadows instrumentals and changed to Beatles, Animals, Rolling Stones and Kinks, Van Morrison and 'Gloria', and then to American blues rock, anything on the Motown or Atlantic labels (Wilson Pickett 'In The Midnight Hour'), Creedence Clearwater Revival's 'Proud Mary', and The Stones' version of 'Around And Around'. 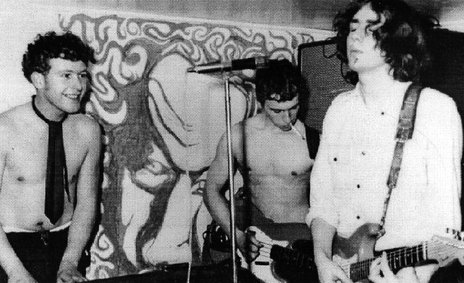 Throb get explicit in the Cellar Club - Gordon Spittle Collection

They played mostly Auckland-made Jansens, alongside a couple of Hofner violin Beatle basses, and a few American Fender Jaguars, Stratocasters and Fender Jazz basses brought ashore by sailors on Deepfreeze boats. Tiny 15 and 20 watt homemade valve amplifiers were upgraded to 35 watts for the Cellar Club opening ("ear-shattering excitement", according to a newspaper reviewer). By the first indoor concerts for 1000-plus, the guitar amps had cranked up to 70 watt monsters and the PA reached 200 watts a side with big stacks of speakers in quad boxes.

The arrival of television after 1962 and nationwide talent quests from the mid-1960s provided new avenues to the bright lights. The Titans, Throb, Fantasy, In-Betweens and Lovin' Memory gained national recognition worth as much as winning. First prize in 1969 at the South Island final of the Battle of the Bands was $300 cash, a stereogram, sportswear for each band member, and a return trip to Melbourne to play discos and television spots. The second prize was $125 and third $75.

Moving towards the 70s

The singer in Fantasy, Craig Scott, was snapped up by the British-owned HMV recording company and producer Peter Dawkins, and charted with a series of covers during the early 1970s. Throb reformed as Lutha with three vocalists and put together two albums of originals for HMV including several singles that charted in Dunedin. 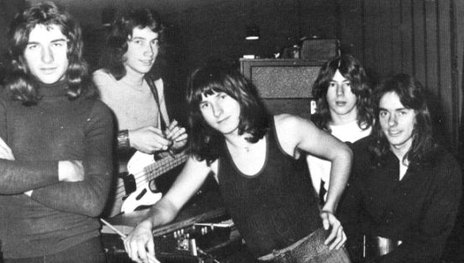 Hotels began to replace the clubs with the end of six o'clock closing in 1967. Bars now poured drinks until 10pm and started hiring bands. Noah played a summer residency at the Ocean Beach Hotel at St Kilda – Everly Brothers harmonies, JJ Cale's 'Call Me The Breeze' and The Beatles. At the Fairfield Tavern, chicken in a basket was on the menu when Lutha were resident six nights a week, before they moved into town to the European. Noah later turn up at the Gardens. Stash become regulars at the Cook, playing 'Sorry' by the Easybeats, Traffic, and Aretha Franklin's 'Respect'.

Joe Cocker's Mad Dogs and Englishmen was recreated with an eight-piece band and 14-member space choir that filled the Union hall two weekends in a row.

The scene shifted north along George Street into the student area with its hotels and wine shops. Afternoon backyard parties appeared at the courtyard along Great King Street, 668 Castle, 689 Cumberland, 96 Harbour Terrace. Parties continued into the night with Pussyfoot, Noah, Dry Ice and Stash playing a solid jam of blues, B-sides, Steppenwolf's 'Born To Be Wild' and the slow version of 'You Really Got Me' by Human Instinct.

It was the start of a new campus connection that lead to concerts for 1000-plus patrons in the Town Hall and Otago University Union Hall, headlined by Ticket, Chapta and Lutha. The annual student capping show was transformed into a rock opera. Joe Cocker's Mad Dogs and Englishmen was recreated with an eight-piece band and 14-member space choir that filled the Union hall two weekends in a row.

A jet plane was chartered to take everyone to Auckland in 1973, for the Students Arts Festival and a show at the Peter Pan Cabaret. Just as with the Cellar Club, there were queues around the corner and the place was packed. 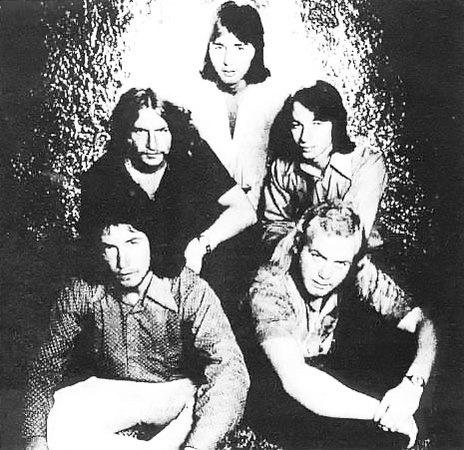