Spoiler warning: this is the answers page to the AudioCulture Quiz – to see the quiz questions only, go to this page.

1. In 1965 Wayne Fontana had a big hit with ‘The Game Of Love’. Which New Zealand producer had a number one single in the 1980s with a cover of it? Either his real name or the name the record went out under is correct.

2. Which of the following was not a member of the showband The Māori Volcanics?

3. What is the connection between the Suburban Reptiles and Joel Little?

A: Joel’s mum Trish Scott was in a very early lineup of the Suburban Reptiles. 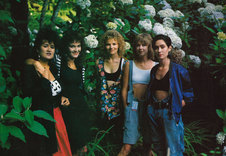 4. James Brown, Bob Geldof, The Chills, The Pogues, When The Cat’s Away, Roy Orbison and the Patea Māori Club were all advertised to play just south of Auckland in early 1988. What happened?

A: It was the Neon Picnic festival which collapsed hours before it started, under a ton of debt and controversy.

5. What do Supergroove, Drab Doo Riffs, Cambridge University, the Low Down Dirty Blues Band, the Apra Silver Scroll, and the movie Come To Daddy all have in common?

A: Karl Steven. He was either a member of, a graduate of, a winner of, or a composer for all of these.

6. “Karanga, rangatahi, whakarongo! Whakarongo!” are the opening words to which NZ hip-hop classic?

7. Who said: “I’ll probably end up doing cabaret, ‘Found … my-self … a blue la-dy …” and on the trombone we have …’.  I fancy the Frank Sinatra, Dean Martin approach: stool, tall martini, cigarette burning in the ashtray.”? 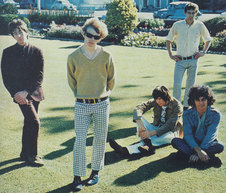 9. They came from Rutherford College in Te Atatu, they had the first local single ever to go to No.1, their second single is a much covered New Zealand classic, they went on to be one of the biggest bands in Australia in the early 1970s and their guitarist is one of the most celebrated guitar players in the history of Australasian rock, winning Best Guitarist twice in Australia. They were … ?

A: The La De Da’s. The first No.1 was ‘Hey Baby’, the New Zealand classic is ‘How Is The Air Up There’. The guitarist is Kevin Borich.

10. Which Auckland singer/producer/studio owner based on Auckland’s North Shore mentored and recorded Lorde, The Checks, Finn Andrews (The Veils), The Mint Chicks, The Electric Confectionaires and Gin Wigmore in the first years of this century?

A: Richard “Rikki” Morris at his studios The Depot and The Bus in Devonport.

1. Name the New Zealand saxophonist who was a regular at Ronnie Scott’s jazz club in London and in 1990 became the only local jazz performer to top the New Zealand charts?

2. Which New Zealand song from the 1970s is about the writer’s infatuation for Hollywood great Henry Fonda?

A: ‘Yesterday Was Just the Beginning of My Life’ by Mark Williams
B: ‘L’amour est L’enfant de la liberté’ by the Rumour
C: ‘1905’ by Shona Laing 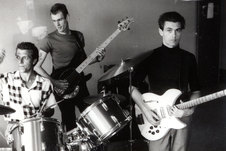 A. Buster Stiggs
B. Bones Hillman
C. Phil Judd
D. The first two (Stiggs, Hillman)
E. All of the above

A: E – all of the above. Phil Judd produced ‘Saturday Night Stay at Home’ (written by Buster Stiggs) and played in the Suburban Reptiles as an invited guest.

4. Name the New Zealand artist who studied music in Dunedin and, after shifting north, maintained his musical career while working as a tour guide, radio journalist and eventually, public transport advocate.

5. Name the stage production written in London by a rock’n’roll loving bodgie from Hamilton that finally made its New Zealand debut in 1978, with the cast including Zero (Clare Elliott) from Suburban Reptiles and future Warratahs vocalist Barry Saunders.

A: Richard O’Brien’s the Rocky Horror Show opened in Wellington’s State Opera House on 28 July 1978. Zero played Columbia, and by the end of the national run, Barry Saunders was on board as Rocky.

6. Name the Auckland-born musician who became famous as a child drummer in the 1950s and went on to play with Leo Sayer, Nat Adderley, and Dusty Springfield. 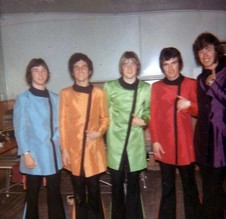 A: ‘Nature’, written by The Fourmyula’s Wayne Mason.

8. Which New Zealand song from the 1970s is about the writer dreaming of being in a band after seeing The Beatles as a child?

A: B – ‘Saturday Night Stay at Home’ by Suburban Reptiles, writer Buster Stiggs.

9. Name the Dunedin-born drummer and promoter who in the early 1990s toured the UK and Europe as drummer for the Jesus and Mary Chain.

10. In 1969 a Christchurch-born bassist became the sole New Zealander to perform at Woodstock, and in 1972 he joined English rock group Uriah Heep, playing on four albums and touring with them during their most successful period. Name the bassist.

A: Gary Thain played Woodstock in 1969 with the Keef Hartley Band and joined Uriah Heep in 1972.

1. What New Zealand act sang with Ronan Keating on his album Duet?

2. Which local group lost all their publishing royalties from their No.1 single to English band 10cc? 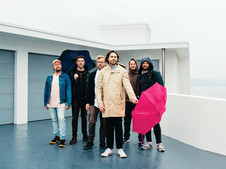 3. What UK TV show has featured appearances by both Nadia Reid and The Phoenix Foundation?

A. Later With Jools Holland

4. What chart-topping New Zealand band found their singer after seeing him perform on the TV show Good Morning?

5. Which New Zealand pop star co-wrote one of the songs on John Legend’s US Top Five album, Love In The Future?

6. What movie did pop singer Stan Walker star in?

7. The son of Suzanne Lynch from The Chicks was in what chart-topping local band? 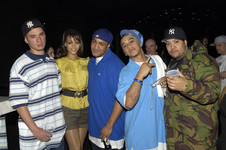 9. Which local hip hop act is shown in the above photo with Rihanna? 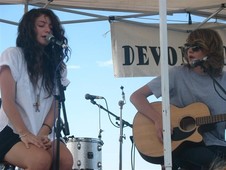 10. Name the young singer shown in the above photo. 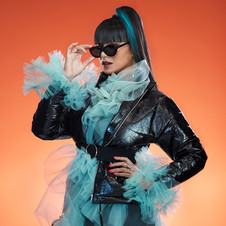 2. What was the name of Broods’ frontwoman Georgia Knott’s all-female side project?

A: The Venus Project 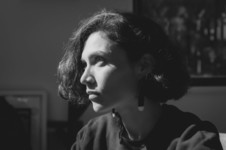 5. ‘You’re Welcome’ is a song written for the film Moana by Te Vaka’s Opetaia Foa’i. Who sang it?

A: Dwayne ‘The Rock’ Johnson 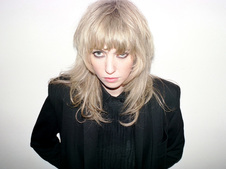 7. What was the title of TrueBliss’s debut album?

8. Supergroove’s Karl Steven is a doctor of what subject? 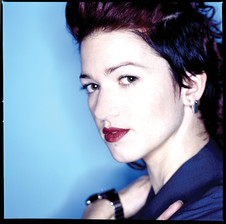 10. The Chicks’ first album was called The Sound Of The Chicks. What was their second album called?

1. In what 2018 Hollywood film did Marlon Williams play an up-and-coming country singer?

A: A Star is Born

A: The APRA Silver Scroll award

3. In 1997, the first Dimmer EP features a cover of a Canned Heat song. What is the song’s title?

A: On the Road Again

4. Which member of Look Blue Go Purple was also in The 3Ds?

7. Name three of the well-known musicians in Bic Runga’s backing band for her 2005 album, Birds.

8. Dons Savage of Dead Famous People was briefly part of which English dance-pop band in the early 1990s?

9. In 1990 there were two female winners of the Gold Guitar Awards. Who were the winners?

10. How many Māori Hi-Five bands were there? How was each band configuration identified?

A: Three. Each configuration in the 1960s was known as 1, 2, or 3, and had the Roman numeral of their configuration on their band blazers. 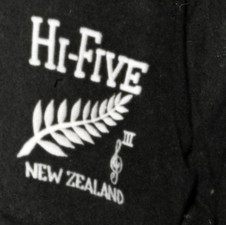 1. Before choosing music as his lifelong passion, Graham Brazier (Hello Sailor) had a serious chance for success in which sport?
a. Cricket
b. Rugby League
c. Football

A: b. Rugby League

2. Before they formed The Beths, all four original members were in which Auckland band?

A: Sal Valentine & The Babyshakes

3. Which New Zealand songwriter and producer has co-written songs with Taylor Swift, Khalid and Imagine Dragons?

4. Who had a global hit after their song was featured in Judd Apatow’s movie Knocked Up?

5. Who has set themself the goal of recording 10 albums in 10 different genres in 10 years?

6. L.A.B. was formed by two brothers. Which band were they in before?

8. In the 1970s, Suzanne Lynch from The Chicks became the backing singer for which hugely popular UK artist?

9. Che Fu’s father is also a prominent musician – who is he?

A: Bongmaster, The Crackhead Experience, and Roots Foundation.

3. With which Irish band did Julia Deans enter the public eye prior to success with Fur Patrol?

4. Which actor/comedian starred in the music video to The Phoenix Foundation’s 2015 track ‘Give Up Your Dreams’?

6. Who were the four bands showcased on Flying Nun’s Dunedin Double EP?

A: The Chills, The Verlaines, Sneaky Feelings, The Stones

A: Andy Lynch’s father Bruce Lynch was a session musician on some of Scott Walker’s 1970s records

10. Which member of Straitjacket Fits previously logged time in Dunedin bands The Blue Meanies and The Orange?